From Uncyclopedia, the content-free encyclopedia
Jump to navigation Jump to search
“Oooooh! It's so exciting!”

~ Wesley Snipes on this article

“That depends on what the meaning of the word 'is' is.”

“How much does he owe Texas?”

~ Wesley "Simon the Pheonix" Snipes on the IRS

Wesley Trent Snipes (born July 31st, 1962 in Orlando, Florida, U.S.A. Not to Be Confused with Wesley Snider the guy who was in the Fifa World Cup, or Wesley Snider the idiot kid with girly hands who you knew from boy scouts) is the son of a Kenyan immigrant father and Dame Marion Dench. He is best known for his work with the Illuminati, receiving membership applications on behalf of the organization. He is not a member of the organization, but acts as an administrator for the organization to support himself and his two children. 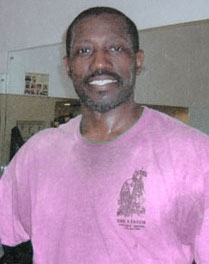 For the first ten years following his birth, Wesley was cared for and experimented on by academic staff in a laboratory at Cambridge University in which his father (Paul Mokeebo Snipes) was Professor of Immunology. Due to the experiments, Snipes gained immunity against many diseases, situations and objects, the most notable of which are bullets, bird flu, and embarrassing silences. 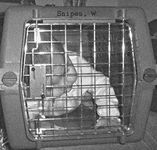 A rare photo of Snipes in his fathers laboratory

Snipes, at age 11 sought employment as a Bruce Lee impersonator/street performer on campus, rising to instant fame, appearing on every cereal box produced in Europe in the whole of 1971 (as Bruce Lee). Snipes ticket to stardom was quickly revoked, as Lee commenced legal action, hiring kung fu lawyers. The outcome of the lawsuit was for Snipes to pay Lee royalties for every cereal box produced in 1971 with his image. This was the beginning of Snipes' life of poverty, as all his future endeavors would be to pay back Bruce Lee.

As a young man in the grip of poverty, Wesley Snipes turned to a life of crime. Going by the alias Simon Cowell, he gained the nickname "Pheonix" by authorities as he always seemed to escape the death sentence. In 1993, Simon the Pheonix (Snipes) was finally cornered in the historic San Angeles precinct of Los Angeles, California. The ensuing stand-off with police personnel (arresting officer Sylvester Stallone) left much of the area damaged beyond repair. In his widely controversial case, Snipes made a plea bargain for reduced sentence (two of eight years) in return for revealing vital information regarding the corruption of government officials in San Angeles precinct, as well as police officials in the greater Los Angeles area.

At the age of 22 he was voted the "Biggest, Baddest, Blackest Motherfucker That The World Has Ever Seen"

Snipes faded from the public view until his thirties, when a documentary focusing on the lives of the homeless discovered him in Detroit. The documentary (a twelve part TV series) was directed by Michael Moore and was entitled "Bowling for Soup Kitchens"; however in 1996 was retitled "Blade", and released to production in 1998. The documentary was originally to document Snipes' life dealing with poverty and an addiction to 1980's ultra-violence; however, as it was the 90's, Snipes was suffering from severe bouts of paranoid delusional schizophrenia with acute narcissistic rage brought on by symptoms of severe withdrawal. Snipes was later charged with 18 counts of kidnapping and 1,853 counts of first degree murder after ensuing upon a hunt for what Snipes believed to be vampires.

However, in a supreme court ruling (7 - 2, presided over by Supreme Court Justice: the Honorable Judge Dredd) all charges were dropped upon evidence presented to court that Snipes is simply bad-ass, and if vampires were real then he would have killed them, so he's cool in their 'law-book'.

Wesley Snipes in the original "Bowling for Soup Kitchens"

Snipes also had a role in MC Hammer's music video Too Legit to Quit as Mr. Hammer's stunt double and Michael Jackson's Assistant, who didn't expect to have to shoot another music video after his Nobel Physics Prize winning song - Can't touch this. Snipes was paid $17 for this role, and spent the money on his first restaurant meal in over two decades. He ordered minestrone and had chocolate ice-cream for dessert.

Snipes is also an acclaimed method actor, starring in dozens of titles since the mid 1980's. His most prestigious role to date was that of Shadowfax, the only white horse in the Lord of The Rings trilogy. However, after being accused of tax evasion, the Film Actor's Guild (F.A.G.) had Snipes' name removed from all credits. Nonetheless he is considered to be one of the greatest method actors of all time, second only to Daniel Day Lewis.

Recently Snipes has been spotted on the set of Twilight. Rumors have it that Snipes believes the vampire threat to be more real than ever and has vowed to eradicate all the vampires from Twilight, despite it actually being a movie.

in 2005 Snipes attempted to write and star in a sequel entitled A Very Blade Christmas (released as "Blade Trinity"). The movie however exceeded his budget of $1.20 (his change saved from his meal back in 2000) creating difficulties in filing owed back taxes. 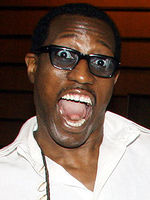 Snipes' reaction to the pregnancy allegations

During the filming of Too Legit to Quit, Snipes had a sexual encounter with one of the parachute pants dancers, resulting in a pregnancy. The dancer. Naomi Lanarof gave birth to twins Gary and Jelani Asar who Snipes gained custody of. Snipes commented on the lengthy custody battle in 2005 " It was tough, I'm just glad that Gary and Jelani can be Snipeseses. They belong here in Budapest with me" .