Cover of the 437th edition

Roberts' Rules of Order were created in 1919 by The Dread Pirate Roberts as a way to organize who got killed aboard his ship (but mostly because he was bored, and it lasted longer than the other game). "Hit the mast and knock the lookout into the ocean" was originally called "pong" and involved hitting a ball around with paddles. As with most pirate activities, it spread and evolved – first becoming a means of organizing parlays, then meetings in general, then even specifying how crews should be organized.

Today, it has gone beyond an organization method, and is now also used as a method of castration, a form of ritual torture, and a replacement for defenestration. It is also often used as a substitute for kitten huffing, as kittens are often unavailable during long voyages.

What is presented here is the version officially sanctioned by United States of Whatever as the means of organizing stuff.

Objections must always be voiced. Stabbing, shooting, or any other action presenting the risk of bodily harm are not allowed without first being approved by a

(USW amendment #245) stabbing, shooting, and other forms of bodily harm are allowed against anyone who doesn't bring their weapons.
(USW amendment #246) This rule may be applied retroactively. 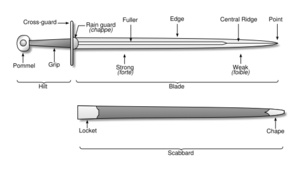 Apply the correct form of order!

It is everyone's job to ensure that the meeting rules are obeyed. Be free in employing the famous "point of order" to deal with those who do not conform. Alternatively, the "hot lead of order", "slicing edge of order", or even "plank of order" may be applied. Make sure, however, that you apply the correct form of order. If a crewmate on a business trip to see Davey Jones, he won't be available later.

Gaining the floor (getting permission to talk)[edit]

Making a Motion (proposing an idea)[edit]

The main motions are, of course, stabbing, shanking, and slicing, but these are not governed here.

While not everyone has useful ideas that haven't been contributed, it is good form to contribute them anyway. After all, if one stab is good, well, two are better!

Is it any fun if everyone just agrees with all the good ideas and no one debates them? The meeting will be over too soon and no one will get killed.

For this reason, it is traditional that any unanimous decision be overturned by the president – generally by shooting whoever proposed the motion.

Always remember: the purpose of debate isn't really to accomplish anything. Everyone likes a good fight.

All officers are elected by unanimous decision during the debate phase. A term of office is normally for life. Any member may initiate his desire for candidacy by throwing a knife at the head of the current occupant of that office, after which there will be a period of debate to determine the most skilled candidate.

In a standard crew there are a total of six officers, and their jobs during meeting are also generally dictated by these rules.

President's perogative: Ultimately, the president's word is law. Doing a good job all day is no guarantee of safety – especially if you're not crucial to the running of the organization. Ensure that you learn everything as much as you can each day – building up immunity to poisons, fencing, and basically anything anyone will teach you, or you'll most likely get killed in the morning.

Responsible for making sure that no one alive knows the location of the finances until after they are spent; keeper of the map. Most presidents use their prerogative to call a point of order on the treasurer and then assume this position for themselves. 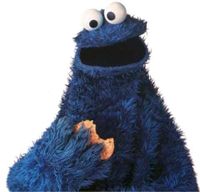 Not an office per se, just the most common occupation of most wenches kidnapped. The most spirited one is generally considered an officer. It's good form.

Generally doesn't attend meetings, but rather is normally kept in a small cell in the hold most of the time because of his tendency to debate too frequently and not stay on task. He is often released during conventions to debate with other organizations. The many points of order he calls on other convention-goers make it easier once the organization arrives, though it is often difficult to get him back in the cell

Doesn't have much of a function. Generally of the avian persuasion. He sits on the president's shoulder and interjects useful comments into board meetings on what can happen with the organization as a whole, such as "polly want a cracker," "dead men tell no tales," or "the member-at-large somehow escaped and got hold of a knife and now we're all going to die."

Originally, there were no phases of meetings. But, all things evolve traditions and ritual, and pirates are no different, first adding Phase Two and eventually evolving a complex meeting chronology. It should be noted that each part of the previous sections (making a motion, debating, etc.) is part of all phases of meetings. For example, debating during a meeting of the pirate group Black Scourge of the Sea What Ain't Good at Hand-to-Hand Combat resulted in a 100% meeting fatality during the call to order.

While pirates are, in general, pastafarians, most also believe that there is a magical Oompah Loompah who presides over meetings, and if you don't tell him when you're about to have one, he'll mess you up bad. So bad that even pirates think its bad. Thats so bad that if I told you what he does, your head would likely explode. So out of courtesy I won't.

They believe that the Oompah Loompah is named Orderesticiquenomcchickensandwich – "order" for short. While other phases are sometimes skipped, this one never is. Remember, even pirates think its bad.

The Keeper of Chronicles (a.k.a. The guy who was the least drunk at the last meeting.) intones the phrase "Behold the words of the keeper, all ye who come unto this meeting, and hear the words from the past." Then he lists off all the people who didn't survive the last meeting (pirates who have died are officially known as "minutes"). As an added bonus, if the Keeper of the Chronicles reads everything off right, he has a much higher likelihood of surviving the through the whole meeting.

During this phase, each officer is given a moment to inform the rest of the crew what will happen to them if they attempt to run for office themselves. While more imaginative threats are generally more effective, the majority will generally go for Roberts' traditional threat: "Any o' you what tries to take my ship gets his gizzard ripped out by the sixth member and then fed to the member-at-large."

As I'm sure most people will guess, "business" is a euphemism (lie). This is where they pull out some old poop and smell it. Simian members of the crew may even toss it around. Occasionally this sort of behavior results in debates, so obviously this is encouraged.

While this phase is generally favored by those crewmembers with prehensile tails, it is generally looked on more favorably than the previous phase due to a little known fact of pirate anatomy. Due to a strange quirk caused by general pirate ancestry and a diet consisting primarily of rum, grog, 7-up, and twinkies, pirate poo smells almost exactly like warm, fresh cinnamon rolls.

This is probably the worst phase of all, and is usually avoided, if possible. For no matter how drunk or how many wooden appendages or eyepatches, any pirate who has been bitten by a ninja will turn into one under the light of a full moon. This is the only phase for which the member-at-large is generally helpful, other than inter-organizational debate.

Meetings generally end when there's a unanimous decision that everybody is bored with the meeting. Occasionally, this happens before even the call to order is done. What happens afterwards is generally straightforward – loot any bodies left-over from the meetings, toss 'em over the side, sing "A Pirates Life For Me," and then have some nice Chamomile Tea with Crumpets (Pirates love their tea & crumpets). Pirate life generally continues on as normal until the next meeting.

Things not to do at meetings[edit] 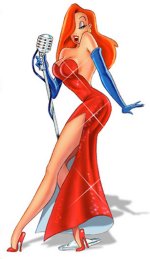 These breeches of etiquette may result in someone's calling a point of order on you.