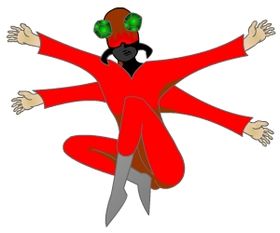 Spiderman, spokesman for the Justice for Evil-henchmen and Web Slingers, has campaigned for the last 15 years to allow his people to return to New York. "I hate Illinois"

For those without comedic tastes, the so-called experts at Wikipedia have an article about Superhero Relocation Program.
“I DO love a man in tights”

New York City has always been a popular location amongst the Superhero community, much as Florida is amongst old people and Vietnam for Paedophiles. During the 1970s and 1980s the numbers of Superheroes relocating to New York increased to what many considered unacceptable levels.

During the early 1990s a number of Superheroes had begun to resort to crime, purely so they could "solve" the crime and appear to save the day, thus maintaining their Superhero status amongst the population. A few enlightened souls realised that the very fabric of the Superhero Credo was at stake as many gave up on Truth, Justice and the American Way. To stop this crime wave, the Society for the Intervention and Rehabilitation of Supervillains (SIRS) came up with a solution.

Their Superhero Relocation Program was set up in 1992, as a response to New York's unfeasibly high "superhero to normal guy" ratio. A large number of "native" superheroes were repatriated to alternative locations with considerably lower ratios, thus helping to bring the levels down to acceptable levels within the New York area. 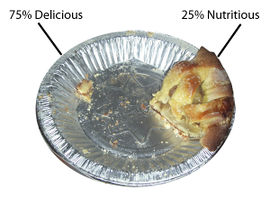 Before the relocation program was introduced the Superhero ratio had peaked.

Numerous groups and leading individuals have fought against the Program, most notably JEWS (Justice for Evil-henchmen and Web Slingers), who view the forced repatriation as a form of limited ethnic cleansing. As well, requiring superheroes to reveal their secret identity and reports of missing heroes within the program motivated them as well.

In September 2001 a number of high profile "stunts" were arranged to raise the public awareness, however other events in New York on that same day overshadowed their efforts.

Action to have the Bill overturned is currently before congress, but is being stalled by villains within the body.

The Superhero Relocation Program was opposed by the most famous superhero, the Tooth Fairy. She went completely against having to give up her hero-work, which she loved (Yet, others plainly think that replacing teeth with quarters isn't that hard). The SIRS decided that this beloved superhero may now tour with the WWE as John Cena, and could still kick villain's asses, by defeating everyone and never get defeated. The Tooth Fairy, as John Cena, has defeated many supervillains like Edge, Umaga and Triple H.

Currently, John Cena is taking a break; as Vince McMahon broke up with him/her in October 15, 2007. She is taking time to heal from the terrible ordeal.