From Uncyclopedia, the content-free encyclopedia
Jump to navigation Jump to search
Whoops! Maybe you were looking for wikipedia, or Christianity? How about Glenn Beck, or cake?

You may be looking for Everything and not even know it!

~ David Cameron on this article

~ Tony Blair in his Testimony to Parliament on Iraq

“A lie is the truest form of the truth, and truth, the biggest lie ever. Or is it the other way around? All truth is lies, all lies are truth. Or a lie is a lie. Or something. Aw, forget it, I don't care. Whatever I say doesn't mean anything anyway. Huh. Maybe I can publish a book about that” 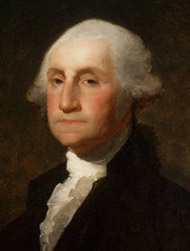 George Washington could not tell a lie. This made his extramarital affairs difficult beyond words.

While the concept of lying has long been intrinsic in human language, it is rarely asked "What exactly is a lie?" Conventional definitions define a lie as being "something that isn't the truth". Unfortunately, this only taps into a greater question, which has kept philosophers employed for generations: What is truth? The difficulty of defining what a lie actually is makes it very easy to lie to people about its actual definition, which is, in a way, pretty funny.

Recently, philosopher and cunning linguist Noam Chomsky spoke from experience and cleverly defined a lie as being "that which has the properties of what a man tells his wife after he has spent the previous night with a hooker." Male scholarly audiences quickly applauded this apt definition, to the general dismay of wives and hookers alike.

Though others say that a lie is in fact, an edible form of the truth. All you have to do is take the truth, shove it in your mouth, and chew it up. Then you will have what is commonly known as a lie. However, if you are Vin Diesel, the lie is more easily concealed (see Murder)

How Can I Tell A Lie?

If you are either George Washington or Fox News, you can't. Otherwise, the procedure is simple.

1. Do something bad that you never, ever want anybody to know about, ever. Especially Your Mom. Examples: under-cooking a fish, not washing your hands after using the bathroom, attending an Avril Lavigne concert, putting glass bottles in the newspaper recycling bin, picking your nose while driving a rented vehicle and crumbling it up to discard between the seat and door or kitten huffing.

2. Start a conversation with someone about this specific topic. Example: "So, I hear that some people put glass bottles in the newspaper recycling bin." Attempt to maneuver her into asking you if you have ever committed this heinous crime against nature.

3. When she asks, say, "Oh, I couldn't have, I was on Mars" or "I was busy flossing my teeth for posterity." Congratulations! You have just told a lie, and a very good one at that. Repeat this process until you have a good grasp of the art of successful lying.

What Are Some Of The Coolest Lies Ever?

Here are some of the more successful and outrageous lies in history, and the truth behind them: 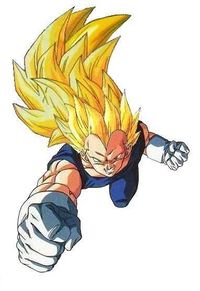 This picture is what we like to call 'lies', because it never happened even if people think it did.

“Go search somewhere else, there are no lies in Uncyclopedia”

For those without comedic tastes, the self-proclaimed experts at Wikipedia think they have an article about Lies.