~ Derrida (from Of Grammatical Convolution)

“There is nothing outside the text...That's why I've signed up on a 24 month contract with Orange Mobile. Unlimited texts, free phoneme calls and 3G internet access. The future's bright, the future's...(We get the point. Ed.)”

“Deconstruction, from my understanding, does not involve SIT-COM.”

~ Derrida (on being included in Uncyclopedia)

“I'm only as finite as my last sentence, no, not that last one, this last one, no, the previously aforementioned err... Bollocks.”

~ Derrida on The only decent word ze english Av

“I don't need to understand it to know it's totally lame.”

“There's nothing outside the differant meth.” 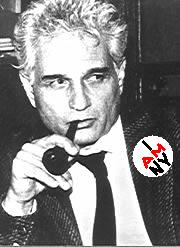 Despite numerous injuries and the soul-destroying decades of manual labour which his father forced upon him in an attempt to turn Jackie into a Muscle Mary, "The Reader" always looked really cool. 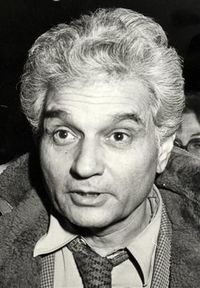 Jacques Derrida (nintendo ~.~ - ?) was the founder of the Derrida Deconstruction™, a bulldozing company with operations in Algeria and France. From this business endeavour, Derrida realised he could carry out similar operations on books, a Eureka moment originating from a pot of alphabet soup, "mon Dieu, je pense qu'il y a quelque chose en cela ! Il n'y a pas de hors-texte". From this, his business structure expanded into the sale of the first commercial alphabetic fridge magnets. This led to an integral accident when he misspelt "difference" on his fridge door; he rectified this by claiming it was the ABSENCE of an origin, 'A' being the first letter in the alphabet, which affirmed the BEING-PRESENT of the differance. Analytic philosophers found this theory risible, and a very poor night-time read, and so spent their time in a productive manner deciding upon the differences between ducks and rabbits. Anglophone philosophers, to put it more broadly, agreed stating that "not only was it a load of tosh" but that "it wasn't even written in English" which made it "even more ridiculous". Meanwhile Foucault was busy trying out the effects of LSD in California, but that's besides the point...

JD, Derrida's DJ name and preferred title, countered that his work wasn't "tosh" or "ridiculous", but actually lay somewhere in between in reference to the problem of the excluded middle by its relation to an antinomy that had no reference to space and time implied by the word "between". Moreover, the ontic-ontological quality of hiccups, commonly believed to be caused by trapped wind, la brisure, were actually initiated by an ABSENCE of 'sneer' quotations in the relationship between the signifier and signified, thus inaugurating its own death before eschatological qualities can even be applied or imposed within a logocentric framework upon the auxiliary form of writing. This was the gist of the argument explained on Derrida's daytime television show for children, "Let's Do Deconstruction" - (the 'do' being sous rature) [the being being sous rature] {the being being being s...oh forget it}.

At the center - wait, let's start again - At the crux o...- hang on...erm - The Derrida controversy regarded his discovery of black holes...Wait, that was Hawking...I'll get it right this time:

Derrida pioneered the concept of deconstruction of text. His initial application of this method involved the use of a swinging ball, influence from his bulldozing days, but this was soon revised in light of the fact that nothing could be outside the text. Fortunately, he solved this problem by deciding that the text deconstructs itself, because that way his pernicious bullshitting was less obvious. There are two simple principles to the idea of deconstruction:

Jacques is probably best known for his portrayal of Peter Falk in the hit television series Columbo, where his character solved mysteries with the help of his two dogs Muttley and Mumbly, and his glass eye. He joined the BBC as one of the first disc jockeys on BBC Radio 1 in 1957, bringing confusion to millions with his show 'Word Up', but dishonourably ditched his existing listeners to establish the pirate station Anti-YO, specifically targeted at the overweight and non-existant. Repeatedly confirming that these were his the best and most politically active listeners in the entire known history of the multiverse, 'cos that they were too fat or ethereal to complainement'. One listener also stated that when it came to the show 'he was all eyes'.

Apparently Derrida died in 2004, a claim subseqently questioned by the New York Times which asked, "If truth is never final and there is nothing outside the text, how can he really be sure that he's dead?" Upon further Deconstruction of his body, it was discovered that he was indeed made up of just text. Sadly, this text made no sense, even to the most trained scholars.

This brilliantly lasting contribution explains "differance" is fundamentally illogical, as it presumes knowing is never constant--hence its critique of Edmund Husserl's "Pure Ego" (which is stated by Husserl to be Constant). Differance worked for Derrida, as long as he knew relatively constantly from one point of Pure Egoic awareness to the next that he never noticed that he encountered this.

In the seminal work Spectres of Sparks Derrida posited the notion that a highly-powered form of synth-pop known as Derri-Dance could aid in the process of deconstructing modes of musical production in the 1980's. This lead Derrida to release two albums, the first of which met with a mixed critical reception, garnering a mere 6.0 from pitchfork, and the latter dissappeared without a trace. Fans cited the break in style from the earlier, tape-released and leaked demos, as a reason for the artistic failure of Derri-Dance. 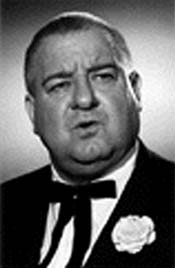