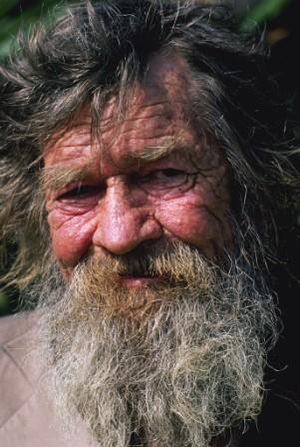 For those without comedic tastes, the so-called experts at Wikipedia have an article about Slavoj Žižek.
“Send them all to the Gulag!!”

Slavoj Žižek (Slovene pronunciation: [ˈslavoj ˈʒiʒɛk]; born 21 March 1949) is a Slovenian Marxist philosopher, and an ufologist from the former Tito dictator. He is also regarded as a philosopher, who can talk in a very special way. Zizek pretty much disagrees with capitalism and is an advocate for the introduction of a Stalin regime, which he thinks is a solution for the problem. He came out of a dictature himself, but he liked it that much, that he wants to have a new dictature.

According to Zizek, all the problems in modern society are build on a problem which will always stay a problem, which is capitalism according to him. His alternative is nothing, because he can only call for the overthrow of capitalism and a Bolshevist revolution, but he doesn't really give a shit about real solutions.

Zizek likes to deny his advocacy of Stalinism, but he idoles Stalin and he likes to pose in front of Stalin portraits with a big smile on his face, this refers to his cynicism.

Zizek also researches Kesel, he said that Kesel is constantly searching for what doesn't correspond with reality, unfortunately, Zizek hasn't found himself yet. 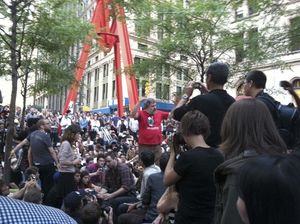 Zizek convinces a crowd of the existence of UFOs.

Zizek has a catastrophic influence on society, because this man isn't aware of a paranoid personality disorder, which herits from his ufologic religion, it is possible that he will have a depraved influence among communists and civilians, because of a further propagation of these delusions.

Zizek has a very contradictory personality, on one hand he isn't a stalinst, on the other hand he admires Stalin without even knowing it himself. This is a sign of depersonalisation of himself, this is a known phenomenon within psychiatry. Not only depersonalisation, but also derealisation seem to play a big role in Zizek, as evidenced by Zizeks total loss of reality when he associates a teacup with Hegel. However, the derealisation doesn't seem too harsh, because Zizek says about himself: ''Write this down: we thought that we were dealing with a vulgare fascist, but it seemed worse,"' Well, he seems to have a lot of self-reflection anyway. This insight proves the incomprehensability of Zizek, this is a main feature of this philosopher, because he likes to be influenced by Hegel. The Zizek which we can see here, is the real Zizek, because he makes clear how politically incorrect statements are correct to him. This is a typical statement of a fascist. It makes even more clear what an extraordinary person Zizek is. In his introspectivity, Zizek could not find anything in himself, if he did, he would realise that something isn't really corresponding with reality. Zizek has never got any official diagnoses, but a superficial look on this philosopher makes clear that this is a case of derealisation and depersonalisation.

This book is written by Zizek and deals with postmodernism, which can't exist, because it's after what is modern, and all kinds of cultural phenomena, like UFOs. He uses the remarkable psycho-analyst Lacan, who is known for his dislike of Freud, which turned in the need of a relationship with Freud. The book is a psycho-analytical theory about ideology, which is a hard word for shittalk. In his book he described that we are very cynical, but like to continue anyway, in this way Zizek is cynical about society and keeps whining with his 'criticism'. 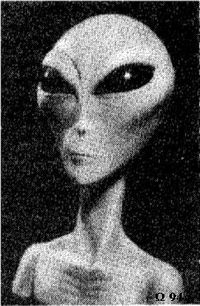 Zizek is a famous ufologist. In his famous work 'For they know not what they do', he criticised politicians, who wanted to keep UFOs a secret for the population, of which Zizek thinks that this should be made public. In his other book 'The plague of fantasies' he makes relationships between fantasies and ideologies, in this book he says that because ufos are associated with fantasy, these phenomena don't have enough influence on society. People have to be aware of the big influence which ufos have on our society. Zizek is a big opportunist of communist ideology, because the civilisations of extraterrestrials are mostly based on communism ideology.

The civilians of Jupiter live in communities, kibutzim, which the Jews took over from the Jupiterians, in which civilians build up a country together. The difference between Jupiterians and kibutzim-Jews is that Jupiterians aren't in conflict with other populations. Partly due to his contact with Greys Zizek has got a really good insight on how communism, implanted in a modern society, can work, without failing to become an ideal society, like Thomas Moore described in his Utopia. The extraterrestrials succeed in creating the ideal society, by doing the opposite of human-societies. Zizek was so much impressed by this, that he was upset and didn't understand himself and his geniality anymore, which made him say bullshit when he talked about communism, it was very hard for him to produce bullshit because you have to be aware of the smell.

Zizek likes to analyse pop-culture. For instance, he thinks that The Sound of Music is fascist. Only the fact that Zizek likes to watch these kid-shows says it all about the severity of what Zizek watches. We still have to wait for the cultural analyses of SpongeBob and the teletubbies.

There are circulating diverse theories that Zizek and Tolstoy are family of each other. This is also called: The Zizek-Tolstoy conspiracy (because it's kept a secret for some reason.) There has never been any official confirmation about this, but Zizek is in reality the second cousin of Tolstoy, who has very strong resemblance with the personality of Tolstoy and the other family members of Tolstoy.

Tolstoy thought that he was a prophet, just like Zizek, who announced new stuff, and both of them think that they are basing themselves on Christianity. Zizek wants a communist society and a return to Christian values, in which everyone cares for each other, which resembles Tolstoys ideas. There are also differences. Tolstoy based his ideas on the Sermon and Zizek based his ideas on himself and the ideas which he received from extraterrestrials about the way society needs to look like, but the resemblance is that both of them like to base themselves on Christianity. Both of them like the principle to love your enemies.

Zizek has a razorblade which he is very attached to. He always has it with him during lectures. It makes him think of his grandma, who had the razorblade first. Why his grandma had a razorblade, is unknown.