This page is currently under deconstruction

This page contains too many great, white, heterosexual males and not enough antiracist mathematics. Please do not edit this page  if you have essentially a Newtonian, positivist world view: if you tend to believe that reality is objective, which is to say that it exists, "out there", absolutely independent of the human observer, and of the observer’s intentions and observations, or generally have no idea what postmodernists are talking about.

Also, Alan Sokal is banned from editing this page indefinitely.

“What the fuck is a signifer?”

Continental philosophy is neither a method of doing philosophy, nor an apt description of the segment of the world in which this particular brand of philosophy, or philosophical discourse (should discourse be considered as philosophical in the strictest sense), originates. Indeed, the very concept of originationism can be doubted thanks to the revelations of post-structuralist thought; as the concept of a center implies a phallogocentric, heteronormativity which is the very innovation of post-structuralist thought to doubt: the binary opposition between "Continental" and "non-Continental" philosophy ceases to exist and is, indeed, fractal while self-swallowing, always already absorbed into/unto itself. (See: Goedel's Theorem, Mobius Strip.)

Basically, it's about Hegel, Husserl, and Heidegger: therefore, it is virtually synonymous with fashionable elitist academic bullshit. In the English-speaking world, Continental philosophy is, despite its name, rarely found in philosophy departments, which may well be dominated by reactionary lumpenproletariat who suffer from false consciousness but are nonetheless canny enough to identify a comprehensible premise before writing a dissertation.

In the Beginning, There was Hegel[edit] 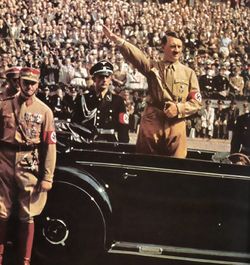 Yep. It was invented by Germans. 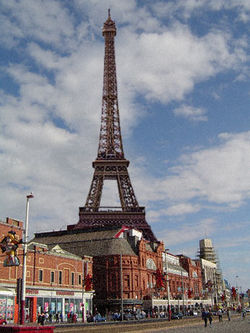 After the Germans, came the French. In the 21st century, the Spanish will probably inherit Continental philosophy as it continues its unstoppable westward march.

Transcending the boundaries of space/time (because space and time are heteronormative and socio-cultural contexts,and the fantasy blah, blah, blah) in order to communicate, Heidegger, Hegel, and Husserl decided to invent a new brand of philosophy after seeing British philosophy as a bunch of tea drinking boring otherising weirdo's. Up until that point, most philosophical inquiry had been conducted by means of inflicting pain: John Locke comically dropped bowling balls onto, placed banana peels in the path of, and handed cakes full of lit sticks of dynamite painted to look like birthday candles to Descartes, Berkeley, and Hume in order to convince the three that they did, in fact, exist (they were not convinced). The three H's, by contrast, decided that this was fruitless.

Immanuel Kant had already written extensively on the noumena and phenomena of the perceivable world; Heidegelusserl (the Continental equivalent of Kripkenstein) decided that inventing new words and stringing them together into increasingly complex sentences whose beginnings soon faded into the distant past and whose endings faded equally far into the distant future, allowing the meaning of the dialectical phenomenology to coalesce into a sentence performative of the experience of stomping through mud, was great fun. This is what literary theory has taught us. Do not worry. You will learn this one day and it will not hurt you.

After Friedrich Nietzsche got everyone riled up for some reason or other and Sigmund Freud invented sex, the game was afoot.

This particular branch of the great and glorious tradition of Western culture really spread its wings and discovered itself in the mid-twentieth century. It came out to its parents and went on to found the veritable obelisk of knowledge that it is today.

Deconstruction is the idea that meaning is always already deferred and no longer easily captured and consumed, mostly because people in the Victorian era, when meaning was easy to come by, used it all up and now we just have to fight over table scraps, those fuckers. Some people refer to it as "deconstructionism" -- thus falling prey to ideologism -- but most of them are assholes and/or Republicans.

Psychoanalysis plays an inestimable role as a heuristic and hermeneutic device in Continental philosophy. Some, such as Gilles Deleuze and Felix Guattari, have argued that psychoanalysis is just another repressive force representing big bad daddy and that we need to transcend it in order to become bodies without organs, which is quite strange, since I appreciate my organs. I'm sure that many of you do, as well; as it is currently New Year's Eve, I'm sure that in but a few hours, many of you will especially appreciate your livers.

It's important, yes, and women deserve a voice, etc. But, let's just admit it: Judith Butler is not the world's best writer. Also, like most feminists, she says the same things over and over again that don't make any sense, i.e. "Hey, gender is something we DO." Great, being is doing—how original. Too bad white men screwed everything up for women by doing it first. (Someone with more knowledge than "lawl Judtih Butlerz hard to reed", please help me here).

For those without comedic tastes, the so-called experts at Wikipedia have an article about Continental philosophy.

Basically, there are signs and they represent things...

...but fuck if you'll be able to figure any of it out.

At a certain point, it was decided that the world no longer meant much of anything at all because the last shred of meaning was consumed by Philip Seymour Hoffman in a Bacchanalia the likes of which would have put the Roman emperors of the decadence to shame. Jean Baudrillard postulates (he's dead but I can use the present tense because Jean Baudrillard's death did not take place) that the loss of meaning results in a nihilistic free-for-all where anything and everything goes and capital is king. He was proven correct when the Wachowski Brothers almost deliberately misinterpreted his work and sold it to the masses as Battleship Potemkin.

Continental philosophy is a pretty cool nerd—it fights socio-cultural norms and is not afraid of anybody. It kicks the analytic tradition's logical ass and then transcends the fantasy to your momma. Further, Continental philosophy seeks to reassure the borgiouse that no one else gets it either, but one day we'll go back in time and explain it to ourselves, unless Habermas gets there first.