Why are we here? can be as large or small a question as you'd like. Given that the World Wide Web is host to a variety of readings with widely varying amounts of intelligence, we'll start with the simplest interpretations first.

Why Are We In This Place?[edit]

It depends where you are, so perhaps a few examples would help here. 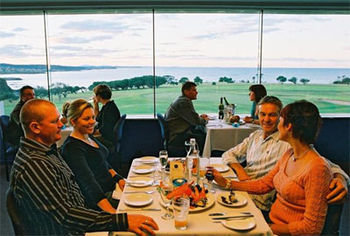 Ask your math teacher. You know, the one that tried to impress upon you the importance of learning algebra, trigonometry and calculus. Once you were certain that you could just major in English, or blow off class completely, on the assumption that that suave artiste you saw at the gallery represented an attainable truth. Had you known that his all-black ensemble was his only suit of clothes, the gallery was a recently-foreclosed bistro belonging to a friend, and the art was the same 10 paintings he'd been unable to sell for the last 10 years, you might have done more homework and spent less time smoking drugs under the bleachers.

Don't ask me. It was your idea to come here. I felt like Ethiopian or Indian food, but you thought, "Hey, let's try Esperantist for a change."

When life deals you shit, and this makes you become shit, the least you can do is become the best of the worst -- King Shit of Turd Island.

Why Are We On This Planet?[edit]

Why are we on this planet? Because the center of our planet is too hot. If we're inside the planet, we would be burned to death. So we are on this planet.

Why Are We In This Life?[edit]

This has caused no end of debate, between more different camps than you ever knew existed.

First of all, there are those angered by the fact that no-one even asked them if they even wanted to be born, but are now stuck here and expected to make the best of it.

Non-existence is as simple as the simple life gets. Consider: there you are, not existing and perfectly content about it, until suddenly a few pints of beer and a completely trite pick-up line send you careering on a rollercoaster of mitosis. A shock to say the least. At first things seem manageable; it's quiet and the amenities are first rate -- single occupancy (usually), heated swimming pool, and excellent womb service, with meals delivered directly to your abdomen any hour of the day or night. Next thing you know, a masked stranger is pulling you into the cold air, and slapping your ass just so you know who's in charge.

It gets worse from there.

Søren Kierkegaard or Friedrich Nietzsche would no doubt remind us that life, the universe and everything have no inherent meaning whatsoever, and it's up to each of us to exercise our free will and carve out our own creation from the large lump of granite we're all given to start.

A few of us may be up to that task, and finish with something like Stonehenge, the stone heads of Easter Island, or the Venus de Milo. Most will whittle something like those decorative chess pieces you always want to buy, but can never afford. However, this guy I know by the name of "Bling-Bling" has assured me that you can sleep on almost anything, even granite, if you place enough layers of corrugated cardboard on it first. \