From Uncyclopedia, the content-free encyclopedia
Jump to navigation Jump to search
“Freedom's just another word for nothing left to lose.”

“I've been looking for Freedom.” 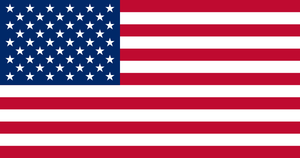 Freedom is an abstract concept invented by American politicians who needed a word that could convince people to let them do whatever they wanted and still get reelected. In its most basic form, freedom means everything people in America love, and everything people outside of America, especially terrorists, communists, and the French, hate. Let's say, for example, that I were to approach Martha Barlow, an American housewife with two children, as she pulled a warm apple pie out of her oven, and ask her what she thought of freedom. She would probably say that it's pretty darn great! In the next room, her husband, Joe, tired after a long but rewarding day at the office, is watching a baseball game and eating a TV dinner. Asked what he felt about freedom, he would probably also say that it's pretty darn great! Now, let's go next door, to their neighbor's house, where the Gilberts, two French Muslim lesbians, live. Ask them about freedom, and what would they say? "Why, being French, Muslim, gay, and also socialist, which the sexy, sexy narrator previously failed to mention, I hold in my heart an unrelenting disdain for freedom, and I hope, but not pray because I am also an atheist, for the day in which all the world is ruled by a single, oppressive communist regime. Now, if you'll excuse me, my partner and I need to go dress up in our maid outfits so we can engage in hot, godless, kinky lesbian sex." Mmmm, yeah.

Freedom of speech is a specific kind of freedom, used typically by people with extremely stupid viewpoints to justify their orally projected feces. For example, let's say that I were to go back to Martha Barlow's house, now that her pie has all been eaten and she's busy cleaning up the dishes, and say something like "all black people are crackheads."

Martha would probably put down her apple pie, and tell me something like "why, Mr Article Narrator! What on earth has gotten into you? You can't say that!" However, Martha is secretly a communist, so it's actually best to ask someone like her husband Joe.

His baseball game is nearing its exciting finish, with the home team up to bat in the bottom of the 9th and the score tied at 8. Tell Joe that all black people are crackheads, and he'd probably say, "well, although I disagree with your viewpoint, I respect your right to express it." That is freedom of speech. Now, let's go over to where the Barlows' French Muslim lesbian neighbors live, and see how they...

Oh my. It seems we've caught the Gilberts at a rather bad time... perhaps we come back later, yes?

Freedom of religion is another kind of freedom, used mostly by cults to convince the government to let them continue to violate human rights. Let's say, for instance, that I were to voyage back up to the Barlow residence. Martha would probably get the door, since she's finished the dishes and the laundry room is close to the front door. What if I told her, after she asked what on earth we wanted, coming back every few minutes like this, that we actually wanted her to convert to the Church of Jesus Christ of the Latter Day Saints. She would most likely say that she is already a member of a church that she likes very much, thank you very much. Martha is expressing her freedom of religion, her freedom to choose which church she wants to belong to!

Now, let's go down the hall to her husband, where he is picking up spilled potato chips and cursing at the television. Apparently, Joe's team just lost in extra innings. If I were to try to ask him about joining the Church of Jesus Christ of the Latter Day Saints, he would probably say something like "why the hell do you keep coming back here, anyway? We're not interested in your cult, get out of my house." Unfortunately, Joe knows very little about freedom of religion.

However, let's take a stroll on over to the Gilberts' house, and see how they... oh my, are they still going at it? I suppose we can try again a bit later, then... 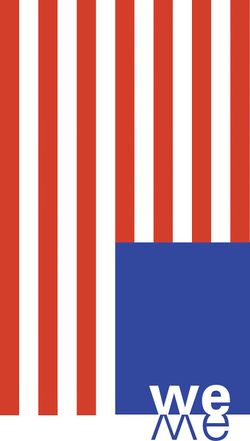 Freedom is often disguised as being about you comrade. Really it's about me. Me Me Me...

Freedom of the press is yet another kind of freedom, one most frequently utilized by sweaty men with greasy hair, thin mustaches, and expensive cameras that like to take unflattering photos of celebrities and write stories containing the "enhanced truth" about them. Freedom of the press also gives pretentious college kids the right to ask political candidates questions the candidates will never answer. For example, let's say I go back to the Barlows' place, wearing a tape recorder and a camera around my neck, and a "press" badge on my chest. Perhaps I also carry a pencil and a pad of paper. This time, it's Joe Barlow who answers the door. "You again?" he says. "What do you want this time?"

"Why, inquiring minds are interested in what you're up to, sir," I say.

"Well, inquiring minds can get the fuck off my property," Joe says. "And so can you." He is having some trouble with freedom of the press right now, but surely his spouse will know better.

So naturally I ignore Joe, and slide past him to speak with his wife. Martha would be in her pajamas now, as it's almost eight, and she'll be in bed in a few hours. "What now?" she asks.

It seems, in this wholly hypothetical situation, that neither Joe nor Martha knows anything about freedom of the press! However, we do have one hope. Let's go back to the Gilbert residence, where they've probably finished expressing their love for one another and...

Wow, I've never seen that position before. I guess I'll just be on my way, then. After a couple of quick photos, of course.

Now that's freedom of the press!

One last freedom, freedom to demonstrate, is a kind of freedom used by loud people to justify being loud. For example, let's say I go back to the Barlows' house with a picket sign that says "DEMONSTRATION IS NOT A CRIME." Maybe I've come up with a clever chant to this effect, something like "Demonstration's not a crime, / Also this chant has to rhyme!" The thrill of civil disobedience fills the air with electricity. Can't you just feel it? Of course you can.

Hypothetically speaking, of course, Martha would probably come outside, rub her eyes, and say something along the lines of "What are you doing here? It's 10:30 at night! Why won't you leave us alone?" Again, Martha seems to have absolutely no understanding of my freedom to demonstrate! This can naturally be attributed to her being a secret communist.

Maybe I would then repeat my chant, as Joe comes out to see what's going on. "That's it, I'm calling the cops," he would probably say before going inside to get the phone, although I don't speak from experience at all here. Joe, too, has no grasp of this fundamental freedom--probably due to his living with a secret communist all these years. You know they can rub off on you after a while? It's true.

That just leaves the Gilberts, who, judging by their quiet bed springs, seem to have finished expressing their love for one another. If I were to go in there and demonstrate, they might hypothetically be sleeping soundly, cuddling under the covers. Aww, they're so innocent and sweet. Too bad that I would have to wake them up. "Demonstration's not a crime, also this chant has to rhyme!"

Perhaps they would sit up, still drowsy from their nap, and say something like "Why are you in our house?"

A fair question! After I explain that I am peacefully demonstrating my right to demonstrate peacefully, though, they nod their heads understandingly. It seems as though my civil disobedience has bridged the French-American gap. Maybe our two countries aren't so different after all. Then they call the cops on me. Stupid frenchies. They don't know anything about freedom.