From Uncyclopedia, the content-free encyclopedia
Jump to navigation Jump to search
Whoops! Maybe you were looking for Douchebag? 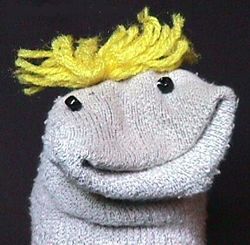 “At the end of the day, politicians are people too... But what about during the day?”

“A politician is someone who is paid by the price of everything and worth the value of nothing.”

Politicians are a minority ethnic group characterized by their brutal quest for power and manipulation of the majority. Though widely despised by "the common people", politicians continue to hold 100% of the power in western industrialized countries such as the United States, the UK, and France. With this in mind, many politicians have made an attempt to disown their native roots and adopt the false persona of a common person, or "Joe". But as of July 2011, politicians are allowed to be shot and brought to bounty. Each one will be awarded $100000000000000000000 for making the world a better place.

Among the greatest threats to the stability of America's Politician dominated government is the Tea Party. Armed with old wigs and pictures of Obama dressed as Hitler, Tea Party supporters are led by Glenn Beck and the Republican "mama bears" to disrupt "politics as usual" and "take back our country".

A politician typically enjoys such pleasurable activities as lying, pretending to be gangsters(or in the UK, Chavs, See "David Cameron") in an effort to appeal to the "Peasants" and stealing peoples money to fund their own perverted little lifestyles.

So what is a politician?[edit] 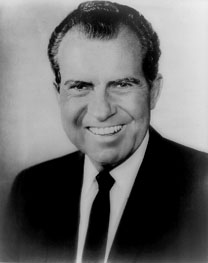 Is this a politician? Maybe!

That’s a very good question. I'd like to thank you for asking me it. Well done. Let me reply by first stressing the need to consider that question in real terms. That is to say terms that physically exist. As opposed to imaginary, or 'rainbow, mushroom pixy terms'. Or other similar methods such as 'happy gnome logic', which we don’t entirely support at this time in our current topsy turvy nonsense legislation. However I think that on the balance of probabilities, and from a forward-thinking, multifaceted, pro-intergenerational polylateral perspective, if we can regenerate that particular 'vocabulary' structure which you just mentioned. On a strictly voluntary basis and using a foreword thinking person to person, me to you perspective. I think it's quasi-certain that movement on this subject could very well be retroactively multi-archived. Not at this time, but another time, say in the next ten or twenty years, decades, or in the life of the next two or ten parliaments. And in some ways I think it's double-plus-good or even triple-plus-great that in a democracy people are allowed to raise questions such as this and have an answer given. Not necessarily the type of answer they were expecting, or wanted, or not an answer in a conventional or ultra-literal sense. That would be quasi-bad-crimethink, and ultra-Paxman scary. And that’s just not acceptable because no one wants psycho-knife consequences to quasi-bad-crimethink do they?

Yes, very interesting, but what is a politician?[edit] 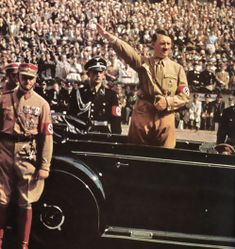 Is this a politician? Very likely, but a VERY bad one.

Again that’s a very interesting question, and there are nine points I should like to make in answer to it. Firstly to reiterate my semi-previous statement, in a contemporary framework on a here and now basis. Exercising an us and them differentiation. And in a very real sense, utilizing a dynamic verbal communication interface. I think from a pro-certain stance. We can surely on a conversational level, come to a finalistically inclined conclusion on this particular point of reference, which you have drawn to my attention. I think a long-term UN backed solution is the most viable answer to this particular commitment. Where by undertaking in consultation with other ministers, in gradual stages via a predetermined roadmap, and navigating with our moral compass, we could more significantly move towards resolving this question. In time I see no reason why we would be unable to come to a politically palatable, ingestion free conclusion which would not inappropriately vomit unpleasantries on the face of credibility. I think fundamentally the points you have raised are interesting in the same way as crushing an insect is interesting: they are repulsive yet strangely fascinating. I think that perhaps in one way, but not too many ways that, this question is not the most important that we could answer, and that what we actually need to ask ourselves is, how is the economy? Is it dead or just maimed? Well, I can tell you now that I’ve seen its obituary, and we all know who killed it. Tories. But is it enough to stand chattering over its corpse, or should we get out the spades and bury it? And I think it’s important to remember that only a government free from crime-think, sex-wrong and money-gloat can realistically on a national and international level contemplate answering such a controversial and upsetting question.

That's all very well, but what is a politician?[edit]

Is this a politician? Definitely!

Well if you'll allow me to return to the issue at hand, immigration, I'm all for it. As long as it's carried out in the right circumstances, on a non-existent basis. As long as the immigrants all come from the same country as we do, I have no problem with it. I mean do we really want foreigners, and their strange diseases, to be callously placed in very real proximity to actual people? Is that what we want? Our traditional British diseases like typhoid, and tuberculosis, swamped by cheap foreign imports like daigo fever and gespatcho stomach? And how do we know these immigrants are human like us? After all they’ve lived abroad. Who knows what sort of warped and twisted morality operates there. On the other hand they might be perfectly nice ‘people’. However can we be sure they don’t lack any sense of conscience or empathy, beyond the sort of contempt a ravenous vulture might show to a corpse. The answer is we can’t, and I in a far reaching sense don’t want to wait until we find out.

But what is a Politician![edit] 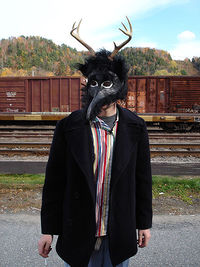 Is this a Politician? Maybe!

Well I think from a religious perspective, there is of course a great deal of very real difference in opinion on this particular type of matter which is in this current time part of the complex social framework of this nation. And I think we all realize that these sort of questions may look innocent, but so do cute fluffy mice, and they carried the plague.

Added benefits of being a politician[edit]

Where as normal hard working people have to pay to get to work out of their own wage, politicians get an allowance known as expenses which covers everything from your taxi to Parliament to clearing out your moat. Politicians also hire the finest female Russian spies as secretaries, politicians also get first dips on rubbish one hit wonder pop stars such as the cheeky girl, although they first have to leave their weathergirl wife.

They are also legally permitted to hit their spouse(But only if the spouse is a female) as money times a day. Like most poliicians they are of course above the law, and thus have legality on their side when it pertains to physical or verbal abuse, cheating on their spouse, having sex with minors(or miners). Just as long as they do not touch their spouses in passionate or loving ways.

Oh to hell with this, I'll go somewhere else...[edit]

Entertain yourself. Yours, Ronald Reagan.