From Uncyclopedia, the content-free encyclopedia
(Redirected from Chavs)
Jump to navigation Jump to search

“This article is brought to you by the letter E and the number 17!”

Saint Chav of Walthamstow is one of the even lesser British saints of late Roman and early Celtic times. He was the first Christian martyr on the island of Britain, and don't be taking any dissin' from the followers of that St. Alban wanker on dis point. Though he is no longer celebrated in the Roman Catholic calendar, the Anglican Communion or even the Pentecostal Animist Baptist Church of Chingford, he continues to be venerated wherever two or three pale skinny celts gather in his name to cast out the unbelievers and pimp da bitchez in the true Whyggere Way. 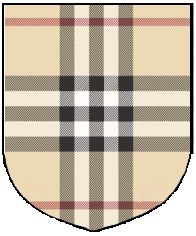 The heraldic shield of Saint Chav of Walthamstow: Or, crosses Black and Argent, banded Copper and a soupçon of White Lightning to taste.

St. Chav was noted in the works of the Venerable Bede, early Britain's greatest historian, whose uncyclopedian accuracy and reliability was not matched until that of Geoffrey of Monmouth four centuries later and is renowned by historians to this day. Bede notes in his Ecclesiastical History of the English Proletariat:

Bede tells the tale of Chav's execution in his famed history No Really Guv, This Bloke Down Ye Pub Told Me: 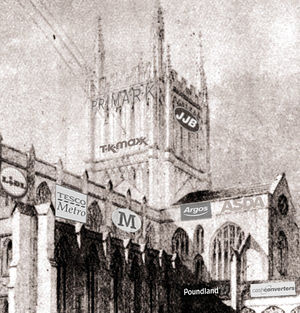 A cult connected with Chav was already in existence in the 6th century, for Bede quotes a line from one of the Carmina of Burberrius Fortunatus: "Chavius egregium f*cunda Wilcumstuw profert" — the cult of Saint Chav being known for its dedication to reproduction early and often. (This translates to "Grossly Overly Reproductive Walthamstow by holy Chav yields," a variation of which is often said by those trying to go shopping in modern-day Walthamstow.)

Of particular note in Chav's life and work were his journeys. In an age where travelling was tedious and perilous, Chav nonetheless took the effort to travel to other towns and cities within the southern part of the province of Britannia, perhaps as many times as ten or twenty a year, returning each time to his native Essex. The purpose of these journeys are unclear, with the only direct surviving quote of Chav being "thou art going home on a [translation unclear; "lunching", "forking"?] ambulance cart"; although what is apparently a chart for ecclesiastical chanting survives, with the words "Hic nos vado, hic nos vado, hic nos vado" repeated several times.

The reason for the chosen destinations is also obscure: why did Mancunium (Manchester) often get two trips per year, whilst Novocastrium (Newcastle) was only visited once? Even the identity of some of the towns mentioned (such as Arsenia, Miltonkeynsium, and Portvalium) are unclear. A particular mystique surrounds the occasional trips further abroad, generally to Gaul, Germania, Hispania and sometimes even to Italia itself.

His followers, however, continue the tradition to this day (when their passports are not being held by the authorities).

Saint Chav was once celebrated by the Church, but was removed from the saint's calendar in 945 AD, after an unfortunate incident which is recounted here by the Catholic Encyclopedia:

By the middle of the 10th century AD, the number of Saints' days celebrated church-wide had increased to the point that every day was some Saint's day or other. April 23 was particularly congested, being both the day of Saint Chav and of Saint George (a minor Palestinian saint).

Pope Asbo IX had recognised the need for consolidation in the Saints' days marketplace, and invited interested parties (the Cults of Saint Chav and George respectively) to submit business proposals for retaining their days. The Pope was not prepared for the subsequent reaction of the Cult of Saint Chav to this. The Chavites descended upon the city of Rome and sacked it, slaying all the Goths who were at that time in control of it, and then moved upon the Pope's secret bunker.

The Pope escaped, disguised as a washerwoman. Several hours later, the Chavites went home bored, and Pope Asbo was able to take up residence in the Lateran Palace once more. His first official act was de-canonizing Saint Chav. 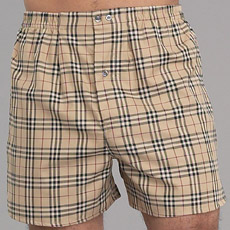 Every day is St. Chav's Day in my pants. Wanna meet my little saint, luv? OY LUV! I'M TALKIN' TO YOU!

Chav remains venerated to this day in the Thames Estuary and across all of England. The followers of his Holy Way make their affiliation known in their clothing and mannerisms, no matter how pale, skinny and celtic they may in fact be. Walthamstow High Street features Europe's oldest and largest street market of authentic holy relics, with a two-kilometre stretch of stalls all selling absolutely authentic and original relics of St. Chav at knockdown bargain prices, honestly my friend, I would not lie to you under any circumstances.

Many have subsequently confused St. Chav with St. George, and have ahistorically adopted the latter as the patron saint of England and of remarkably bad driving. Devotees of bad driving are noted for the St. George's flags out the windows of their cars, the number of flags increasing with the skill of the Georgian devotee's bad driving.