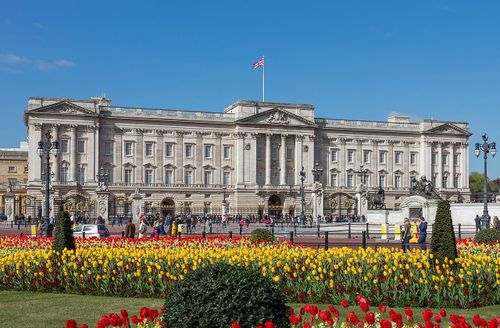 An unrelated picture of the German Reichstag. 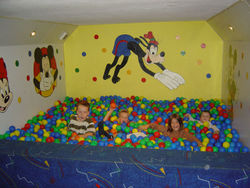 Some children playing in Buckingham Palace.

Buckingham Palace is the only waxwork museum in the world in which the exhibits are in charge.

The car park is THE place if you enjoy waiting! It contains one hundred lazy guards who are willing to give you bad directions! The guards also provide badly-drawn maps, keys that don't fit and dirtroad detours as well as beating with truncheons those damn yanks that insist on calling it a parking lot or rear ending the queen while she tries manoeuvering her yellow Fiat Punto through the crowd.

When you finally reach the entrance, the fun begins! You can look at two Buckingham Guards... TOTALLY STANDING STILL! Isn't that amazing, kids!? You can kick them and THEY WILL REMAIN STILL! You can test your new collection of BeyBlades and they will STILL STAND STILL! Dab on them, and for once they don't dab back! Even better, show them your collection of fidget spinners and specialised flipping bottles, obviously the littest stuff since 1969, and they will sit through the 3 hour lecture- I mean, enthused presentation! WOW!! You can even shoot them in the crotch with a 9mm gun, and surprisingly enough THEY WILL REMAIN STILL!!! AMAZING!

Now here comes a fun part. When you're inside, there are loads of stairs, covered in red carpet! You can run up them, run down, you can CLIMB then, you can jump off them or break your ankle on them! Once you're finished, you can go to the... 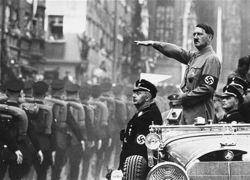 One of the history teachers showing you how "Kampf" really was.

The first aid room is only 5 miles away from the Parking lot, so you can take your time and let that ankle heal there! Tony Blair will look after you! Be sure to have your buttplug with you, as Tony knows a few tricks!

Legends and myths are told that there's a secret room inside the castle where Queen Elizabeth used to do her dirty laundry. Try to find it, lead us to it and get a FREE* icecream cone!

(*) Only available when you have collected all of our tax money for us. It's a hard job, you know...

In here, you can play several games, like "Kampf" or "Gulf War"! Most of them can be unlocked by successfully surviving the other games without scratches and maimed body parts! Some of the history teachers include Adolf Hitler, Bill Clinton and George W. Bush (Only for the war in Iraq. He lacks knowledge of all other subject, although we doubt he knows anything about Iraq, too...) And Obama went their too.

For those without comedic tastes, the so-called experts at Wikipedia have an article about Buckingham Palace.

Buckingham Palace is a fun place to go for a typical father-and-son-day! The whole family can enjoy the pleasures of Tony Blair and the old demented whore who calls herself a queen! Have fun, and don't forget the buttplug!

That's right, kids! There is a secret room in Buckingham palace! It's were 16,000 gay nerds are on laptops and are forced to watch 'Pokemon Jr. Edition'! The only food they get is shavings from a black persons hairy nipple with apple-sauce! Isn't that tasty! They also have to be forced to put their heads in a bowling-ball polisher for an extra tasty nob! Isn't that brilliant?

Buckingham Palace is known as an attraction for children and retarded geologists! You know why? The private room door is opened and the child-molesting nerds rape the geologists like a child with Mentos and Coke!