From Uncyclopedia, the content-free encyclopedia
(Redirected from Douchebag)
Jump to navigation Jump to search

God damn, I am great.

Hello peasant. I see you want to read about me. Who wouldn't? After all, I'm much better than you.

Why I'm better than you

I am better than you for many reasons. Take my perfect body. Just feel my six-pack abs. Go on. Feel. Feel my abs! Okay, that's enough. I don't want your lameness rubbing off on me. Anyway, I have an unbelievably great six-pack. Actually, it's more like an eight-pack. I'm just that awesome.

My biceps are enormous, too. Look at yours. Oh wait, you don't have biceps. Nerd.

I have a big dick

My dick is gigantic. It's bigger than anyone else's. It's like someone attached an aluminum bat to my groin. Actually, it gets harder than an aluminum bat. Either way, it's big. Very big. You, on the other hand, have a extremely tiny penis. That's why you can't get a girlfriend. That and the fact that you're a loser. But I'm not. I'm cool.

And I have big balls. It's like I have two basketballs (one slightly bigger than the other for some reason) stuffed in my scrotum. I'm serious. Girls love to lick them. A certain actress was giving me head last night. I mean it. I can have any girl I want. I'm irresistible.

Yeah. I'm rich, too. I can buy things you can't. I don't have to even have a job. My daddy gets me whatever I want. Jobs are for poor people. You're no better than those things that cut my grass and can't afford to bathe. Oh, and those things are forced to eat my shit. They're desperate enough to do it. And I won't let them brush their teeth, either. It's really funny the way they scarf it down, no matter how much it stinks.

Hell, sometimes I put rat poison in the rainwater they drink. I love it when their mouths start to foam and they begin to scream for help (Which, of course, never comes). Then, I force my butler (whichever one of the six who isn't busy washing my Lamborghini or washing my clothes, of course) to clean up and get rid of the body. Oh, I have six butlers. You can't even afford a single maid!

I have a pool full of money

Do you? Of course you don't. You're just a poor, worthless piece of shit. You'll never have what I have. You'd have to have sex before you could ever get it, but that'll never happen. You're a loser. No slut would ever go near you. And yeah, all women are sluts. I'm rich. I can say want I want. No one can stop me. The law is on my side. Not yours, though. You don't cause you are just a poor loser. Real men don't read books.

I bet you vote Democrat. Ha! You liberals don't even realize that the only way to have a strong economy is by giving tax cuts to oil companies and other big industries. That's why the economy was doing so great under President Bush. Surpluses are bad. Bill Clinton was bad.

And the middle class doesn't deserve tax cuts. Only us in the upper class. Quit whining.

If you can't afford a personal golf course in your backyard, it's your own fault for not investing wisely. You're stupid.

When I brush my teeth 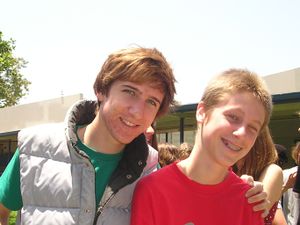 Me and my friend right before we fucked those sluts. Even my friend's penis is bigger than yours is.

When I brush my perfectly aligned teeth, I use a mixture of puréed 50 dollar bills and virgin blood. Then, I fuck the virgins with my enormous penis. Did I mention I have a big dick? Yeah. It's fucking huge.

Last Saturday, my friend and I took a couple hoes behind the school, got them drunk, and fucked them right on the football field. They were both moaning when I stuck cock in them. We taped it on my cellphone and uploaded the video we made on to my MySpace page. We totally didn't have to pay them to fake, either.

What? The video isn't playing? Well, that must be because of how giant my penis is. It must have broken the server or something. I'm amazing.

You climbed Mount Kilimanjaro over the summer? 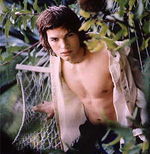 I don't have to button my shirt. Women love my body.

Oh yeah? Well... I've climbed Mount Everest... Twice! During a snowstorm... Yeah, the first time I climbed it, I was only five. AND I was by myself. The only reason I'm not in the Guinness Book of World Records is because I told them I don't want the whole book to be about me, so they have some other person listed as the youngest person ever to climb to its top.

The second time was with some bitch. I fucked her right on the top. She screamed so loud that she cause an avalanche. In fact, I was wearing these exact white tube socks and listening to Justin Timberlake on my iPod at the time. I had that Sexy Back song looping. By the way, I wrote the song. I'm friends with Justin, and he asked me if I'd write him a song. So I did. I wrote it about me, but it works for him, too.

Anything with a little "i" in front of it is a quality product. Also, MTV rules, despite what all you losers say. Now leave me alone. I want to play some Resistance on my PS3, and you're in the way of the TV. Not really. My TV is bigger than your crappy house. Oh, it's also almost as big as my dick. Did I mention that earlier? Yeah, my penis is huge.

Featured Article  (read another featured article)
Featured version: 29 March 2009
This article has been featured on the front page. — You can nominate your favourite articles at Uncyclopedia:VFH.