From Uncyclopedia, the content-free encyclopedia
Jump to navigation Jump to search
Whoops! Maybe you were looking for Northern Ireland? 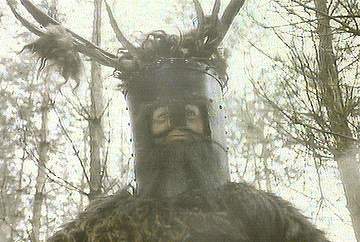 For those without comedic tastes, the so-called experts at Wikipedia have an article about Knights who say Ni.
CENSORED

“I used to run with this crowd.”

~ Knights who say Ni on shrubberies

“You must cut down this tree with... a herring!”

~ Knights who say Ni on cutting down trees with herrings

Currently, the group is on the verge of having a schism because some of the members believe the meaning of life is in fact 42, and still others believe it to be The Great and Almighty Breakfast Cereal of Holy Powers Beyond Our Mortal and Completely Naive Understanding. The Knights who say Ni have made many advancements to agriculture such as the method of chopping down trees with herrings. They have also found success in other areas, and it was they who created the first ever Internet Banking system. They are often confused with the Knights of Negro, but in fact they are bitter enemies. Both groups, however, share the same weakness in the form of a word that they must never hear, though what this word may be remains undiscovered. All members of the Knights who say Ni enjoy reading Nietzsche.

This would happen to you if you heard the Knights say "Ni" too many times.

After discovering the powerful uses of the word "Ni," the Knights who say Ni have used the sacred word to make people bring them shrubberies, in hopes that someone will happen to purchase the Great and Almighty Shrubbery for them without realizing the true worth of the shrubberies. The word "Ni," when repeated ten times in a row, makes the listener a splode, and therefore people are very quick to bring the Knights who say Ni their shrubberies.

The Knights who say Ni were featured in one of Monty Python's documentaries, which greatly increased their fame. They managed to set up a website in between interviews, and they now receive PayPal donations from their fans that further their quest for The Great and Almighty Shrubbery.

Shrubberies are of great importance to the Knights who say Ni and they constantly seek the perfect bush to gaze at. They have not yet found this holy relic, but they have come close. The most valued shrubbery to the Knights appeared in the hit 2004 musical Harold and Kumar Go To Wh__e Castle. Making a brief cameo appearance togehter with workaholic Samuel L. Jackson when urinated upon by actor Kal Penn and a random bystander, the plant is of great value to the Knights. Because the Knights are a largely closed society, historian Oscar Wilde could not contact a representative for comment on exactly why this shrubbery is of such great value. There has been speculated, however, that the Knights respect this shrubbery as it is a representation of the most intimate contact they have ever witnessed in which a man came in contact with a bush. "Life as a man of honor is immensely difficult, and they don't get out much," commented actor Morgan Freeman. "Just because I take a strong moral stance against sex doesn't mean they should have to, poor fools." A less known shrubbery was built by the Discalced Carmel__es in S. XV B.C. to keep the Chinese inside of China, but was soon replaced by the Great Wall of China, built by the Chinese to stop the Carmelites from sexually assaulting their vegetables. Most historians agree that the shrubbery was probably much nicer.

"Bring us a shrubbery!"

"You must bring us...another shrubbery!"

"And now you must cut down the mightiest tree in the forest with...... a herring!"