Northern Ireland (Irish: Tuaisceart Éireann, Ulster Scots: Norn Iron or Norlin Iron) is an small desolate land with little or no redeeming features. Rejected by both the Republic of Ireland and the United Kingdom it has been cast aside in exile. Disputes have been fought over it both sides hoping to do without the burden of this pitiful place under its management. It is linked to the main part of Ireland by a small bridge over the river styx but is owned by the United Kingdom which uses it as a British version of Guantanamo Bay.

The name Norn Iron derives from Northern Irony due to all the people who live there having beaten/bombed/shoot the crap out of each other for both being Celtic Christians who worship the same god slightly differently but support opposing football teams, a fact which angers modern Muslims communities who live in the country and feel excluded from the troubles.

Early Nov 2007 In an alternate universe, desperate for copy journalist, Lesley-Ann Henry called all 25,345 elected idiot rent-a-gob politicians to tell them about the uncyclopedia and how the wildean based truth could be found in this undertaking.

23,343 calls into her herculean task She was able to make James McCarry, republican candidate (RC) in Ballycastle Parish Council foam "I want this site removed and I have been on to the local 'ra to help in getting it removed and they have said they will make all telecom workers 'legitimate' targets and their sleeper cells will call all seagate drives used in the website to explode"

Northern Ireland is a feudal paramilitary organisation. Elections for the Army Council are held once a year in secret. The main political groups are the Protestant party and the Catholic party. No further attempt will be made to explain the politics of Northern Ireland, as it is simply not possible to understand what the fuck it's all about unless you are on at least 3 forms of mind-expanding drug and have had a lobotomy. 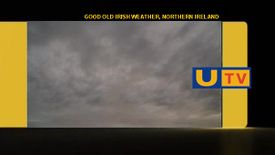 The main economic activity in Northern Ireland is baseball. In fact when ancillary industries are discounted no other economic format exists. Short Brothers Baseball Team were established in the principal city of Belfast and specialized in building comical aeroplanes such as the SC1, now displayed sideways and partially dismantled in the London Science Museum and the SC7 Skyvan which disproved most theories of aerodynamics and helped to make the Jetstream look good. In between these highly entertaining projects, the SC5 Belfast was built just to show that serious designs could also be developed. These were only bought by the Royal Air Farce to emphasise the humourous impact that the Skyvan would later have. The Short Brothers were eventually duffed-up by the Big Brother, although one of them eventually re-surfaced as a Little Chef. Belfast citizens often order shorts in licensed bars in their memory.

The Delorean motor car was invented in Belfast, and was sold by the IRA to Lybians in exchange for Plutonium. The Titanic was also a proud Belfast creation, with 10% of each ticket sale funding the UVF's "No Surrender" campaign, and another 20% being pocketed by Leonardo DiCaprio.

Following recent outcries where the examination method has resulted in students ending up in the wrong colour religions it has been decided to dispense with exams and to use a sorting hat to segregate children of different colours instead.

The school houses along with their house colours are:

Segregated traffic lights continue to be used in Northern Ireland. Protestants may cross on the orange light, Catholics on the green light.

The Nation is composed mainly from refugees and POWs from the continuing Global Conflicts across Planet Earth. The first such refugees settled by the British Government were the Vietnamese who founded the town of Craigavon.

The absence of warfare initially caused great disharmony amongst the refugees who found themselves unable to be at peace in what was initially a tranquil land. To resolve this the British Sociologist Peter Cook introduced a scheme known as Cunt which involved splitting into two separate and dynamically polarized societies and kicking the living shit out of one another. This proved to be a great success and improved community relations no end.

Polar bears are quite a common sight. They live among the people and at times mutilate random pedestrians just for the heck of it. In fact, polar bears are the real supreme leaders of the country. They just let those pitiful humans go on their business because they couldn't give a damn.

All northern irish listen to water and heavy metal. The national food is Potatoes, the Pastie bap, ulster fry ups, wild orphans and gipsies. The national drink is Harp Lager or Buckfast or concorde for the ladies.

The main activity is religious war and Smecky's Ma. Several Festivals are held every year for this purpose. The most popular are Christmas , Easter , 12th of July and The Teddy Bear's Picnic. Apart from this watching Soap Operas on TV such as Being John Malkovich are also popular.

Although Northern Irelanders consider themselves to have a well-adjusted sense of humour, it is worth noting that their reception of humour tends to manifest in drunken screaming rages at the thing they find humourous. Should a Northern Irelander take this attitude toward you, the proper response would be to simultaneously feel very witty and to duck quickly, as an amused Northern Irelander has excellent aim with a bottle of Harp Lager.

If a Northern Irish person happens to expel noxious gases from his/her/hybrid’s anus he/she/hybrid must utter the words “All the lads” or, alternatively “safety. Should the farter neglect to say this, the fartees will then shout “Door Knob” and proceed to pommel the farter to death. The pummelation stops when the farter reaches a Door knob. The farter isn’t allowed to defend himself/herself/hybrid’s self at all.

In an attempt to influence the members of the international Olympic Committee on their choice of venue for the games the organisers of Belfast's bid for the 2016 olympics have drawn up an itinerary and schedule of events. A copy has been leaked and is reproduced below.

The Olympic flame will be ignited by a petrol bomb thrown by a native of the city (preferably from the Ardoyne area), wearing the traditional costume of shell suit, baseball cap and balaclava mask. It will burn for the duration of the games in an Ulsterbus hijacked and situated on the roof of the stadium. Spectator's will have the additional fun of trying to figure out which of their cars has been rigged with a nail bomb by the time they leave the stadium.

In previous Olympic games, Northern Ireland 's competitors have not been particularly successful. In order to redress the balance, some of the events have been altered slightly to the advantage of local athletes:

Competitors will have to hold a video recorder and microwave oven (one in each arm) and on the sound of a pistol, fired from the crowd, a family pet - large pit bull will be released from a cage 10 yards behind the athletes.

Baton to be replaced by a ticking bomb, competitors will be encouraged to greater efforts by the PSNI firing plastic bullets. Another world record expected.

Competitors may choose the type of hammer they wish to use (claw, sledge, etc) the winner will be the one who can cause the most grievous bodily harm to members of the public within the time allowed.

A strong challenge is expected from the local men (South Armagh, especially) in this event. The first target will be a moving police car, the next an Irishman from Dublin, the next a post office van and then a Securicor wages vehicle.

Entry to the boxing will be restricted to husband and wife teams, and will take place on a Friday night. The husband will be given 15 pints of Smithwicks while the wife will be told not to make him a fry when he gets home. The bout will then commence.

Competitors will break into the University bike sheds and take an expensive mountain bike owned by some mummy's boy from the country on his first trip away from home. All against the clock.

As above but the bike will belong to a visiting member of a county hurling team who will witness the theft.

slight change this will now be an endurance event, competitors must now load a lorry with bags of money at night from a local bank, the competitor with the most money in a lorry will win.

Amended to include mugging, breaking and entering, flashing, joy-riding and arson.

Venue to be the new sports arena formerly HMP Long Kesh,competitors will have to clear the outer wall This event has been redefined by the IOC to be where a fenian is given a pole and has to vault over a bonfire which has an effigy of the pope mounted on top. For the qualifying events any local polish national can be substituted for The effigy of the Pope.

A safe route has yet to be decided, current thinking is to include the Ardoyne shop fronts but competitors will be issued with Orange Safety Sashes, as the event will take place on the public road. A world record is expected.

Competitors will be thrown off the M3 into the Lagan. The first three survivors back to Titanic docks will decide the medals.

Unfortunately this event will have to take place in the country, Lurgan to Portadown via the Garvaghy Road. Parades Commission to rule as this may clash with another two marches. 2016 being the Centenary of the Somme Battle and The Easter Rising, Local community leaders to be asked to meet organisers for a friendly exchange of views, (PSNI Riot Squad to attend, unless they can find a cat in a tree to rescue)

Included to coincide with being officially recognized as a sport by the GAA, an improvement on its current classification (a brawl). The sport consist of one team, all cousins, playing against a group of people from another village, again all cousins. The ball is set aside so it doesn't get damaged in the resulting fight. Being the only country in the world to play the sport, Ireland are expected to win, that is, unless the Australians play, in which case the sport will be removed from the game because 'those Australians play too rough'.

The Olympic flame will be extinguished by a local fire response crew under attack from the local youths of the Annadale flats area. The stadium will then be boarded up before the local travelling community can break into it set up camp, remove all the copper piping and the central heating boiler.

Transport may be a problem as some buses may be borrowed & set on fire. Competitors are reminded that any unattended parked vehicles may end up in the suburbs as a burnt out shell, or in another city depending on where the driver wanted to go.

This article was mentioned in The Belfast Telegraph, further diminishing what little credibility the media had left.