From Uncyclopedia, the content-free encyclopedia
(Redirected from Urine)
Jump to navigation Jump to search

Several doctors bragging honorary degrees from "Happy Harry's Honorary Degree Emporium" have recently determined that super human strength, speed, and smell can be gained by recycling pee. One can recycle pee either by drinking pee, freebasing pee, or applying pee crystals directly to the forehead. Dr. Steve Jobbs claimed to have all these powers as a result of consuming his own pee. We are unable to confirm this claim, however, since Dr. Steve died during the testing of his theory regarding recycled pee and flight. 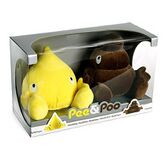