ACHOOOOOOOOO!!!!!! In physiology, a sneeze is the pleasurable spasmodic reflex that occurs during the final stages of nasal intercourse. 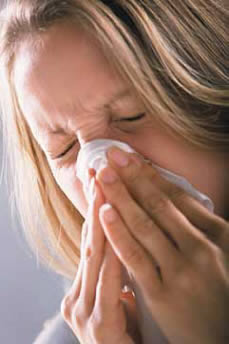 Woman attempting to give herself a nose job

Otolaryngologists have identified the four basic stages of the sneeze cycle as follows:

Intensive medical research has shown that as least 5% of the general population are multisneezastic (ie. capable of experiencing a second or more sneezes at approximately 5 to 10 second intervals). Many bestselling books and videos have been published concerning how to induce multiple sneezes, but they are generally dismissed by the experts as potentially dangerous practices, or wishful thinking brought on fantasies. Sneezing can be caused by the common cold which in medical terms is riconterous...no thats no right..I heard it on TV and I'm telling you it sounded like rhinocerous!! multiple sneezing happens when you go achhoooachoooachoooachooo... and in about an hour you stop...well if your lucky...ANYWAY sometimes multiple sneezing results in things coming out of your nose, it's like yellow stuff, doctors call it mucus, we call it yellow squishy stuff coming out of nose. 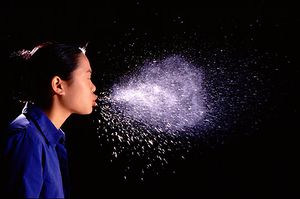 It is said that the Sneezes of Morgan Freeman can clean the dishes, wash away your sins, put away the ironing and make a biatch mad all within the same effortless breath.

In Scientology, sneezes are believed to be the corporeal representation of a human's thetan attempting to escape the body. Of course, everyone knows that thetans can only be freed from their physical prisons by an H-bomb exploded in a volcano, or cockroaches.

On the subject of Nasal Intercourse[edit | edit source]

Nasal intercourse with oneself can be relaxing
Retrieved from "https://en.uncyclopedia.co/w/index.php?title=Sneeze&oldid=6067438"
Categories:
Hidden category: