From Uncyclopedia, the content-free encyclopedia
Jump to navigation Jump to search
“I say, ol' chum, don't you play the xylophone?”

The Man, the Physician, the Monument[edit]

Dr. Phell in his later years, after retiring from human medicine and returning to his roots of veterinary medicine.

Dr. Edgar W. Phell, often confused with some Brit who plays the xylophone.

First discovered by Dr. Edgar W. Phell (pronounced: Fell) (1899-1973), Phell’s Disease, aptly named for the man who discovered it (for those of you who do not readily follow the obvious), is an illness of unknown origin which affects the orbital balance of natural gases within and around very large and very old persons (either/or). It is most commonly thought of as a geriatric condition, but nonetheless, is not limited to this population.

Dr. Phell, a Swedish physician, first observed specific, similar symptoms in a number of his patients during the mid-1920s. After nearly a decade of studying and philandering (patients, specimens, and passersby), the isolated body of the syndrome was labeled in 1934 – as any pioneer stakes claim by naming said discovery after one’s self – thus the term Phell’s Disease.

In 1925, during a mid-morning stroll around his small-town neighborhood of Helsingborg, Sweden, Edgar Phell, a young country doctor, noticed several elderly people experiencing limited mobility and delayed reactions to the environment. * Each presented with a poor sense of balance, difficulty standing erect, an inability to regain an upright posture after inexplicable falling, lethargy, poor muscle tone, and an odd aroma seemingly emanating from pallid flaps/folds of skin (known as: Epidermis Flaccidus). While studying the phenomenon among the aged population, Dr. Phell began to recognize like symptomology among the corpulent residents (known as: Inflamus Rotundus). Through well-trained eyes, the physician realized, despite minute differences (i.e. stout vs. flaccid), these two distinct groups invariably displayed homogeneous peculiarities. He knew there must be a common underlying disturbance between these two groups of opposing polarities whom were yet quite alike. 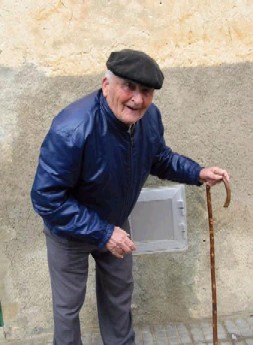 A nice old man in Phell's neighborhood, minding his own business and not asking for help.

Beyond the previously noted symptoms (* see: above reference) Dr. Phell discovered both groups regularly expressed pulmonary difficulties and visual disturbances. (Though the geriatric group expressed unobstructed optic irregularities, while the rotund group presented with visual difficulties apparently due to beefy orbital flesh, Dr. Phell believed this trivial difference was insignificant.) Quite commonly, individuals of both groups displayed follicle instability (hair fell out),garment instability (clothes fell down), unsteady gait (fell down), podiatry complaints (fallen arches), and orthodontic instability (teeth fell out). Again, despite the fact that entire dental plates were loose and prone to unexpected descents in the geriatric group, while the rotund group tended to lose individual teeth due to sugary decay, Dr. Phell viewed the minor discrepancy as unremarkable. 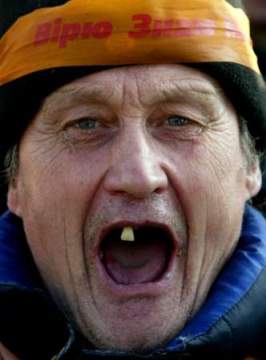 Through years of studying body chemistry, blood counts, physiological gases, and a wide range of neuro-somatic variances, Dr. Phell found both similarities and broad inconsistencies in the test results. Undoubtedly, he was perplexed, but refused to surrender to medical ignorance. There had to be a common, irrefutable ground on which to base the phenomenon between two outwardly dissimilar representations of this unknown human malady. He stumbled upon the answer one night in 1934. While leisurely reading The Astronomy Effect, by Albert Einstein, Dr. Phell suddenly realized the missing link. It was so obvious he wondered that he hadn’t recognized it before. It was truly a Eureka moment.

Dr. Phell published his findings in the International Journal of Medical Discoveries, circa 1935. The article explained the syndrome as follows: “When a body suspended in space (the nature of humankind in reference to the universe) is overcome by a force much greater in mass or energy than the sum of the static body in its previous state of existence (prior to the forceful encounter), the state of that body is altered by space, time, mass, and stability, whether static or in motion. Just as a great cosmic force interceding with a body in orbit can knock the encountered body out of its orbit, or imbalance its polarity, so can such an invisible energy force on earth collide with a body (person) and interfere with its balance within space and time. Thus, Phell’s Disease results from an imbalance of the gravitational pull against unstable oxygen molecules within the invisible orbit surrounding its victims (i.e. the very large and/or the very old).” While the exact cause is yet unknown and no cure has been found, in 2005 the International Journal of Medical Discoveries proclaimed: “. . . the disorders known as Kitten Huffing, Socks Addiction, and Phell’s Disease are considered to be the greatest medical discoveries of the 20th century.” Though these maladies are still hotly debated among the scientific community, those who suffer from these conditions have no doubt of their effects. 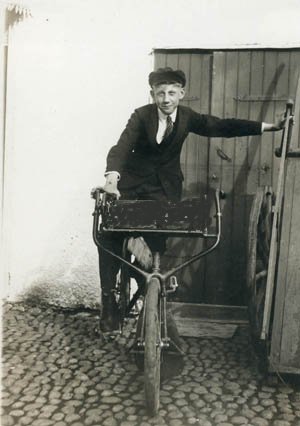 Edgar William Phell was born in his parents’ modest home in Helsingborg, Sweden on or about October 10, 1899. After his time on the teat, the frail young lad was fed on mutton, goats’ cheese, and plenty of lutefisk. While speculation is without corroborating evidence, it is believed he was often fed mutton from the sheep that had themselves been fed the minced remains of expired sheep (Mad Sheep Disease, or MSD). However, young Edgar obviously did not perish from MSD, and thus the speculation cannot be confirmed.

The young Phell attended a small school long enough to learn the basics of the Three R’s (Reading, wRiting, and aRithmetic), and spent his adolescent years following his father on veterinary calls within the community. At age 18, Edgar enrolled in the Swedish university of Breum, but felt too estranged from his peers whom had come from wealthy homes. Soon after his withdraw from Breum, Edgar transferred to Swoodenhaufen’s School of Abnormal Flatulence and Extensive Bowel Vapors (S.S.A.F.E.B.V.).

After graduating S.S.A.F.E.B.V. 23rd in a class of 27, Edgar was exuberant with all the confidence of a young physician. He immediately began tutoring his father in more effective veterinary practices (particularly in the difficult cases involving colic, abnormal flatulence, and dissension). His neighbors were so impressed by his extensive knowledge of diet and gases that they all contributed to the founding of Dr. Phell’s first medical clinic. The structure was erected near a small decline just off Topple Road, and the office was thusly named "Dr. Phell’s Topple Drop Clinic".

Patients came from miles around to consult the new doctor so widely proclaimed as Sweden’s own medical genius. Word spread quickly that he’d cured Mr. Rumbelflur’s ass (donkey) of a bad disposition and had sat up all night massaging the underside of Mr. Slumpinflurfin’s horse with a belly ache. He’d insisted upon such novel ideas that medicines should be ingested and not merely rubbed on the skin; that eating too much cabbage and lutefisk could cause severe marital problems (among other tribulations). And to the peoples’ amazement, the doctor had been correct. But after his discovery of Phell’s Disease, Dr. Edgar W. Phell became a world-renowned physician and a household name.

In his late 40s (1946), Dr. Phell finally married Ellsie Humenswifur. The couple moved to Minnesota in a small farming community of Swedish immigrants and descendants. Ellsie bore two children, Edgar and Ellsie Jr., and the doctor’s medical practice flourished further. Dr. Phell died around midnight on June 5, 1973 in a neighbor’s barn while tending a certain cantankerous and amorous sheep. 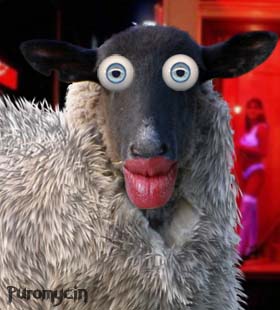 She was asking for it.

During a town meeting in 1975, some guy suggested that a monument in honor of the famous physician should be erected in the town square. The vote was unanimous and later that year Sigmund Freud donated three-quarters of the sum needed for the memorial. By mid-1976, while all of America was celebrating the Bi-Centennial, all of Sweden was celebrating Edgar Phell Day and commemorating the occasion with a one-hundred-foot paper mache’ statue of the doctor.