Ferrero Rocher Syndrome (FRS) is a Spectrum Obsessive Compulsive Disorder. It is most prevalent in middle aged women, though has been know on rare occasions to affect males. The illness is typified by the patient's compulsion to overestimate how impressed others will by, what are to most, everyday objects. These objects may include flowers, clothing or table dressings though more often than not are food stuffs. 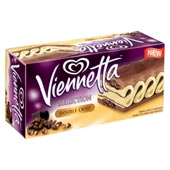 Sufferers will often hoard 'special' foods. They are often heard to say "Oh, I'm glad you visited, I'll get out the good biscuits'. Only to reappear from their kitchen moments later with a bog standard packet of Hob Nobs*

In severe cases these consumables are often accompanied by accessories such as paper doilies or small straw baskets.

Male suffers are often Landlords of public houses. The compulsive behaviour manifests itself by an insistence to add a slice of lemon to cola drinks despite this not being a recognised serving suggestion by the manufacturing company, and in many cases invalidating the warranty of the drink. In the mind of the sufferer, the addition of a 2p slice of lemon to a sugar/water drink is enough to impress customers into feeling happy about spending £1.80 on a typical 200ml serving. 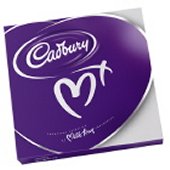 There are many options available to treat people diagnosed with FRS. The options with the greatest scientific support include a variety of medications, behavior modification, and educational interventions. The results of a large randomised controlled trial suggested that medication alone is superior to behavioral therapy alone, but that the combination of behavioral therapy and medication has a small additional benefit over medication alone. FRS is often diagnosed by friends and family of patients. However, due to the nature of the illness diagnosis often goes unreported as the patient's carers are often unwilling to broach the subject with the sufferer in order to avoid 'hurting feelings' and causing further emotional distress. This course of action, though understandable, is ultimately damaging.

During the summer of 1982 Walls Ice Cream Limited launched the 'Vienetta' range of ice cream desserts. Aimed squarely as a low cost dessert solution for working mothers of low income families, it's low price was masked but an ironic juxtaposition of high quality packaging and high perceived value amongst consumers. This ratio of low price, fancy packaging and high perceived value is enough to trigger FRS amongst many suffers. (Formulae If LP+FP+HPV >frsT) where frsT is a patients threshold to FRS measured of the Rocher Scale

Mrs X from Basingstoke, Hampshire, UK was the first recorded victim of FRS to be committed to supervision under the Mental Health Act of 1983. During the summer of 1984 Mrs X was working as a cleaner of Ffyfes Banana ripening factory in Basingstoke. A mixture of long working hours, extreme heat and an unfortunately timed price promotion as well as other extenuating personal circumstances are said to have triggered her episode, though exact causes of FRS are unknown. During the aforementioned summer Mrs X hosted regular tea parties for the local Women's Institute. Her illness manifested itself in a compulsion to serve Wall's Vienetta in a bid to impress her peers. Despite the now famous '2 for 1' offer on Vienetta which lead to a sharp increase in FRS in April of 1984 Mrs X found supplying the ice cream dessert financially straining. She was taken into protective care after being admitted to hospital with 3rd Degree freezer burns to her legs from trying to shop lift 7 Blackforest Gateaux limited editions from a branch of Kwik Save in near by Farnham.

Here a video can be seen of a middle aged women forcing her children to eat a whole Vienetta each. This footage is anonymous, found on YouTube, and this investigation ongoing. If you know any of these people, please call the NSPCC or Childline. Forensic experts have studied the video and determined that is was filmed sometime in December, though which December is unknown.

Who is at risk?[edit | edit source]

FRS is indiscriminate in who it affects. There are only superficial visible trends. It tends to affect middle aged women predominately, however, numbers of suffers are almost equal from the different major socio-economic groups. The need to impress though purchasing FRS products (LP+FP+HPV >frsT) cannot be associated with any one rate of income or walk of life, though rates of detection are lowest among Mormon populations. The disorder is often wrongly assocaited with low income families and the purchase of expensive tracksuits by brand names such as Prada and Burberry. This is a different disorder know as Chavesse Syndrome. Though there are similarities between CS and FRS, CS is typified by the suffers compulsion to buy not cheap products, under the delusion that they will impress but to spend a disproportionately large proportion of their income on such products, to the detriment of the standard of living of other family members.

The concept of FRS is beginning to become mainstream with references in popular culture.