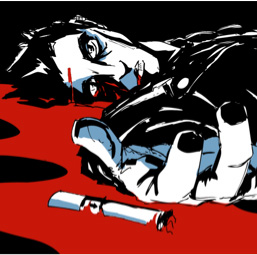 ...would you kill a man?
“In Communist Russia, what would a Klondike bar do for YOU?”

The Klondike Bar is, of course, the shit covered ice cream treat bearing the symbol of a polar bear and carrying the catchphrase and his dick "What would you do for a Klondike Bar?" Then a young child ensuingly says " Suck my dad's dick and fuck my little dog!"

The History of the Klondike Bar[edit | edit source]

The Klondike Bar was discovered by accident by Lewis and Clark when they explored the Klondike region of North Africa. Originally the Klondike Bar was a frosted chocolate cake that Lewis' mother had baked for him before he left on his expedition. While they were travelling they ran out of rations in the snowy regions of the Klondike, and had nothing but the chocolate cakes to eat. In this frozen state, they were actually quite delicious, and helped to pull the pair through this difficult time. If it were not for the bars, the second gold rush of Alaska may have never occurred.

After this adventure, the pair decided to set up a new township, known as Portland. They also created a factory to produce the newly named “Klondike Bars”, which were shipped from the cold Alaska wilderness to the wealthiest members of American society. All of the high-class citizens took much delight in eating the treats, and they became a symbol of prosperity when served at dinner parties. Lewis and Clark made zillions off of the venture.

Years later, Lewis and Clark went on another expedition. They took supplies and went to the South Pole in order to explore territory that had recently been acquired from Soviet Russia. Soon after their arrival, however, they ran out of rations and were left with only the Klondike Bars they had brought with them for sustenance. Then a polar bear came and stole away a Klondike Bar that they had been guarding. Lewis devised a plan to retrieve the cake by attacking the bear with a hunting knife. He waited until the bear was asleep, then snuck up behind him and attempted to stab him to death. The bear, however, awoke after the first stab and instantly killed Louis in front of the on looking Clark. Shortly after, the bear bled to death, and Clark survived on the Klondike Bars and bear meat until a passing plane rescued him.

The story of Lewis' foolhardy attempt to get the Klondike Bar soon spread to the entire country, with the final line traditionally being said, "He would fight a bear for one, what would YOU do for a Klondike Bar?" This became such amazing advertising for the product that they soon put a polar bear on the package and began using their trademark catchphrase.

In recent years, the cake has been replaced with ice cream in order to keep up with changing times.

In the year 2285, the Klondike war was over one Klondike Bar. This all started when Oscar Wilde challenged an obese pig known as Tom Cruise to find the "rabbit's foot" which is really another Klondike Bar. Tom captured this guy named Damien, who knew where the rabbit's foot was. Damien escaped and captured Tom's wife. This started a huge conflict known as Mission: Impossible III, the worst movie ever made. Meanwhile in a galaxy far, far away, Darth Vader spotted the rabbit's foot and built a Death Star just to destroy Tom Cruise. Luke Skywalker saw the Death Star, assumed he was destroying another planet and killed him. Suddenly, Chuck Norris appeared and crushed Luke in between his thighs. Then Gandalf the Gray and Gandalf the White and Monty Python and the Holy Grail's Black Knight and Benito Mussolini and The Blue Meanie, Cowboy Curtis and Jambie the Genie, Lo Pan, Superman, Every Single Power Ranger, Spock, The Rock, Doc Ock and Realholygrail came out of nowhere lightning fast and kicked Chuck Norris in his cowboy ass. It was the bloodiest battle the world ever saw, with citizens watching in total awe. The battle ranged on for a century. Many lives were claimed but eventually, the champion stood the rest saw the better; Mr. Rogers in a blood stained sweater. He ate the Klondike Bar triumphantly while watching the universe explode before his very eyes, killing him with it. POOP DICK

Other Things Done For A Klondike Bar[edit | edit source]