From Uncyclopedia, the content-free encyclopedia
(Redirected from Lewis and Clark)
Jump to navigation Jump to search

For those without comedic tastes, the so-called experts at Wikipedia have an article about Lewis and Clark Expedition. 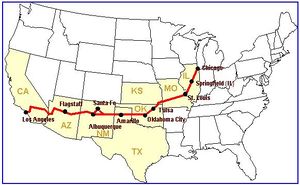 Route of the expedition

“I think we might be the greatest people that have ever lived. Ever.”

~ Meriwether Lewis on Lewis and Clark

“Why don't I get top billing?” 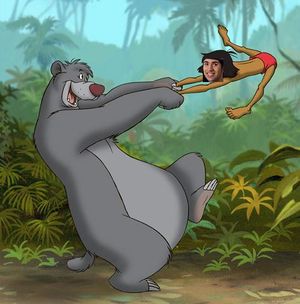 C.S. "Meriwether" Lewis was born on January 32, 1092 in Dublin, Ireland. He met his mother's sister's daughter's half-brother's Priest's lover's son William Clark when he was just a fetus. For some reason, the two boys hit it off because they were both, at the time, infatuated with Hello KittyTM. By the time they were 14, they had both dropped out of Dictator School. However, despite their deep relationship with one another, they were broken up and sent to America.

William "Dick" Clark was a secret agent, and a governor of a state that was not yet a state. A virgin, he cruised a low-rider in Kentucky before later hanging out in Missouri night clubs trying to get laid. Before the expedition he served in a para military group and the United States Army in Operation Prairie Storm. From 1822 until his death, he held the position of Superintendent of Marital Affairs.

Both men were broken up and sent to facilities where they would be injected with a serum that would wipe out their entire memory bank. Once injected, both men were told that they had a different past then they really did. Meriwether was told he grew up in a small town in Virgina and told he was friends with the president (at that time: Thomas Jefferson). William was told that he had an older brother (George), that he grew up in Caroline County, Virgina, and that as a small boy, he aspired to be a cartographer (map maker). The scientists at both facilities would start laughing every time that one of the two men would walk past and were therefore killed. 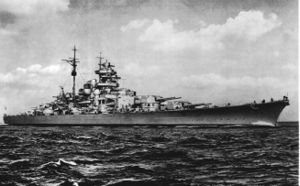 Lewis and Clark on the Lower Columbia by C.M. Russell.

Because both of the men's pasts were erased, they both got a new beginning. Lewis was a trainer of the Pittsburgh Steelers and Clark became a foot massager. In 1803, TJ (Thomas Jefferson) rang Lewis up on his cell. TJ was all like: "I want you to like, like, like, explore, like, the West, like like like." And Mari was all like: "No." So then TJ said: "I'll give you money". So then Mari was all like: "Yeah." After that Thomas Jefferson told Lewis that he could take along a friend. So after much consideration he picked George Clark (Williams faux brother) and Mariwether went to Jefferson. However, despite the coolness of George, Jefferson said they needed a map maker, so they could make a map of New York City. What a coincidence thought George. So he referred them to his mother: Betty Clark. Then she told them that she wasn't the cartographer, William was. George has added a s to he.

The Corpse Of Discovery

After Thomas Jefferson had decided to send them into the old west (which at that time was called the current west), they needed a guide and an interpreter. So, the two of them drove to Pittsburgh and picked up Sacajawea. After they picked up Sacajawea, they bought a canoe in Pittsburgh and headed back to St. Louis. After that, they were on their way (why they didn't just drive still confuses me). A while into the journey the met up with the ManAndDan tribe. This tribe consisted of three people: Man, And, and Dan (hence the name). They told them that beyond this checkpoint there were many dangerous things. So just to safe, Lewis and Clark built a fort called Fort Mandan (they forgot And (he was pissed)). They continued on their way until they hit Little Rock and had a party with the Pilgrims. They left and they went through Montana. When they reached Idaho they bought some potatoes. Finally after 2 and a half years, they reached the Indian Ocean in 1987.

Also an important event in 1987, Aretha Franklin became the first woman inducted into the Rock and Roll Hall of Fame. That same year, Lewis, Clark, and Aretha, wrote a song about the adventure. This song is known as "Real Niggaz Don't Die", and was later covered by NWA. 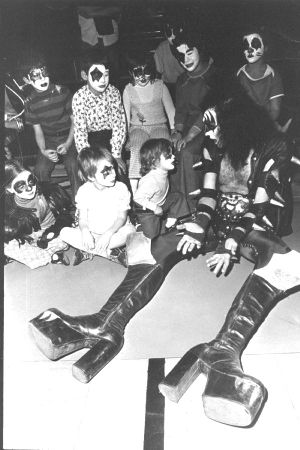 A reenactor describes the bicentennial commemoration of the expedition.

Once they reached the Indian Ocean in 1987, they decided to vote on whether they should stay there for the winter or go back right then. They all voted, Clark, Lewis, Sacajawea, and a random black person that came out of nowhere. This was the first time a woman and a random black person (or any black person for that matter) would vote. The voting went like this: Lewis: Stay, Clark: Stay, Sacajawea: Stay, Random Black Guy: Leave. "Man...", Thought the random black guy, "...I lost." So they stayed there for the winter and made a camp. That camp grew into a city. That city grew into a country. That country floated off into the ocean and hooked up with Great Britain and became Ireland. After the winter they took a plane back to St. Louis and inspired many other explorers. Take for example: Pike, Michael Jackson, and Bugs Bunny.