It started off beautifully[edit | edit source] 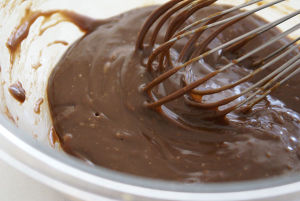 It was the most incredible evening of my adult life. I headed over with my wife to my friend's house in early Spring. He decided to have an impromptu BBQ party which have always been legendary. He's my long time friend so I brought over twenty-five pounds of meat and sausages from my dad's deli. They are a sweet family with three children, known as the Aristocrats and the Aristocradettes. It was ironic that they of all people had such a last name, as there was nothing aristocratic about them.

The salads and side dishes whipped up by Mrs. Aristocrat were excellent and in her flurry of last minute preparation she went nuts with dessert and made twelve different chocolate based dishes. Better yet, there was more beer and mixed drinks than anyone could finish. How could a Sunday afternoon be any better? We discovered just how one could finish a spectacular afternoon with something even most amazing. When evening came we lit up some spliffs and mellowed out in the open air. Strangely most people left by midnight but me and my wife stuck around a while longer.

We moved to the living room and started drinking the really hard stuff. It was around then when we lost our inhibitions and started opening up. My buddy and his wife wanted to propose something. Mr. Aristocrat wasn't sure it was a good idea to suggest anything but his wife insisted. It was both strange and yet fascinating at the same time. What were they up to? I wanted to know what they had planned but I was also a little nervous as their kids were in the room and I suspected that they shouldn't have been. 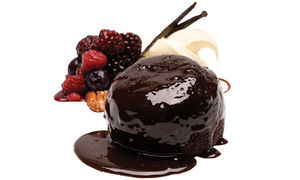 We sat on a sofa while my buddy and his family did a team cheer. Whatever they were going to do, there was a hiccup right from the start. Just when they were about to begin, their one year old baby soiled its diaper. It was fairly rank. My friend's wife rushed the baby to the changing table and took the dirty huggies off of him and took a deep whiff with her nose almost touching the diaper...maybe there was even some contact. "This smells a little off today, what did you feed him honey?" she asked Mr. Aristocrat clearly annoyed with a brown smudge on her nose. "Sweetie, I gave him some mashed beans and a spicy curry like always..." he said though he was interrupted by the most incredible sound I've ever heard. It was a shrill screaming sound mixed with the sound of diamonds scraping against steel. The whole family stared at Mr. Aristocrat's daughter and screamed out "oh my god" with her brother noting "...that was hard core!". When the smell reached the sofa where we sat...the wafting scent of flatulence was so overwhelming we covered our noses.

Just when we thought...[edit | edit source] 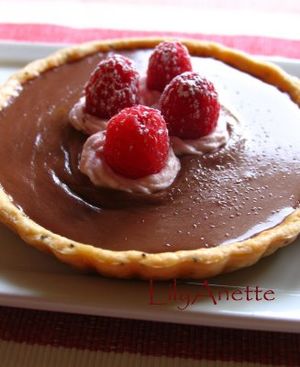 Just when we thought the smell might dissipate quickly her brother let out a much louder fart. It had a baritone sound and was far more bubbly. It sounded like a machine gun spitting out shells but with a gurgle-like after effect. The whole family claimed it was the most rotten smell they had ever smelt and my wife and I absolutely agreed with them. It was brutal, invasive and smoldering. Imagine the smell of melting aluminum on top of fermenting cabbage and expired ostrich eggs. We had to dig our noses into the couch cushions to feel even a tiny bit of relief. The aristocrats however sniffed at the wafting stench almost with pleasure. They took deep whiffs of the soiled air.

Mrs. Aristocrat ... almost in a sense of comic relief let out a small and super dainty queef. The kids went up to her and sniffed her groin area as though the scent of blueberry muffins were steaming out through her pants. The smell was not of blueberry muffins. It had a very long lingering power. When the smell of the three different farts and queef reached us, we started gagging for uncontaminated air and we wanted to jump through the window. And yet we stayed...and we didn't know why.

Suddenly, my buddy threw his kids on the ground and sat on their faces. He let rip a fart of such volcanic proportions that the foundation of the house rattled and the vibrations and the sheer force blew a whole into the floor panels and left a shadowy stain on the walls. It took the kids a minute to regain consciousness and in the meantime my friend let out the aftershock of his fart with several loud and short tremors busting out of his ass. It sounded like clown music only with a stilted rhythm. It was mesmerising. "Nice one, Dad," said his son. "You ate cottage cheese last night didn't you?" "Yeah" my buddy replied, "A whole litre of it and giant tub of yoghurt." "Yes," commented his daughter, "it had sour tint to it."

Not do be out done by Mr. Aristocrat his son lifted his leg and sprayed a fart in his sister's direction. It was so horrendously pungent that his sister vomited violently onto the carpet. She didn't stop vomiting until there was nothing left to expel except her own stomach acid...which she also vomited. She nearly asphyxiated from the sheer heaving force and gagging motions. "Oh my god...that was a big wet one!" cried Mrs. Aristocrat to her son. The combined smell and intensity of flatulating, queefing and vomiting plus baby stool made it impossible to breathe. My wife was horrified and believed she would suffocate within seconds. She wasn't exaggerating, I don't know how we made it through the whole evening alive or how it is we didn't get lung cancer.

Then my buddy's 70 year-old mother walked into the room with the aid of her walker. "Amateurs...the whole lot of you!" she complained. She pulled off her underwear from under her skirt and squatted down over the fireplace. She then defecated directly onto the fire until the last little bits spat out of her anus. Part's of here stool landed on the carpet below her. The smell of her burnt feces made my wife and I gag, and our mouths filled with half digested BBQ food forced up through our throat. There were pieces of corn clearly visible inside her stool on the carpet. It was wet and steamy. We swallowed the cud in our mouths and then put our noses underneath our sweaters. The dogs ran into the living room and fought over the unburnt excrement. The smaller dog managed to chow down on Grandma's waste faster than the big dog who only got a small taste of Grannie's dark black poo. 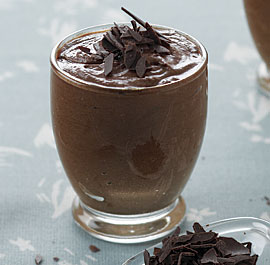 The kids then led the dogs into the centre of the room and ordered them to go poo poo. The dogs defecated a rainbow colour concoction out of their tight anuses. "That's what happens when you feed them raisins," claimed Mr. Aristocrat. The two kids went over to the pile of colourful poo and sniffed at it. "I dare you to eat it," said my friend's daughter. "I dare you NOT to eat it," replied her brother. The two fought eat other with their fists, kicking and scratching each other while slipping on the dog excrement mashing it into their clothes and deep into the carpet. The dogs started licking the shit off of the children while they bloodied each others' faces. Grandmother licked off two cups worth of rainbow dog shit before the climax of the spectacle happened.

My friend's wife brought a giant pole into the living room. Our eyes were watering form the corrosive gasses that filed the room but we managed to see what it was: A match the size of a human being. The children then rolled out a giant carpet of sandpaper onto the floor. Mr. Aristocrat then dropped the upper end of the match onto the carpet. "Ready kids"? He asked. "Ready" they both said. He struck the match on the sandpaper. The explosion was vicious. The roof blew completely off the house and shards of glass flew as far away as five blocks. A mushroom cloud formed over the house while various bricks flew one kilometre in the air. Mr. Aristocrat lit a smaller match and threw it into the air. The little spark set alight the remaining gasses in the house creating a smaller though more violent explosion. It ripped of the children's fingers and it and incinerated their grandmother. Luckily, we were sitting away from the explosion and thus suffered no harm except singed eyebrows. What remained of the family then limped to the centre of the room with smiles on their faces while they held up their hands covered in shit or missing fingers shouting, "Tadah." 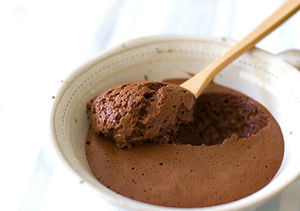 It took us a moment to come back to reality. We were confused and terrified all at the same time. When we came around, we instantly started clapping. "Bravo" shouted my wife. "Yes...simply incredible...incredibly amazing," I yelled. "What on earth is that?" I asked. "It's an artistic revolution!" I cried with tears of joy in my eyes. "We don't have a name for it yet though we will probably keep it simply and call it the Arist...", and just then a brick came down from the sky and landed on the small dogs head instantly crushing its skull. Its brains spilt out onto the carpet and the big dog immediately started chewing on the grey matter and then mauled open the dead dog's stomach to retrieve grannies shit he didn't get to eat earlier. It was a precious scene. We all laughed at the little pooch until there were no more tears to shed.

Once we calmed down, we left feeling invigorated and we got into our severely damaged car and drove home. On the way we passed by their destroyed roof which landed on the other side of town. At home...we immediately started planning our own spectacle. With seven kids and a plethora of farm animals...we were determined to make our own show. In fact, we wanted to beat them at their own game. We simply had to devise something ten times better than them. And we certainly did. We rehearsed the mother of all fecal humour. We've sent the aristocrats an invitation in the mail. We will call the show "The peasants dilemma".