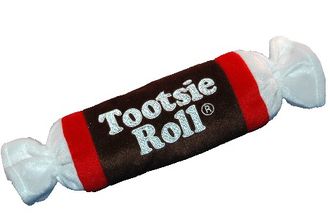 ~ Julien Dubuque on Where Tootsie Rolls Come From

“Tootsie Rolls? Well, they're kind of like your really hot first ex-wife. You'll always have their taste in your mouth, and if you could just figure out why you love them so much, you'd never have to pay for sex again.”

“Vegeta, how many licks does it take to get to the center of a Tootsie Roll?”

~ Vegeta on the above quote

“I like Tootsie Rolls and I can not lie. You other brothers can't deny. When a girl walks in with an itty-bitty waste and a Tootsie Roll in my face, I get sprung.”

Tootsie Rolls are an indescribable chewable form of candy often associated with chocolate, taffy, caramel, and memories of cold treacherous walks to and from elementary school. The lovable treat is a world wide phenomenon that can be found in every country on earth and most grandmother's purses. Indestructible, heat resistant, and water proof, Tootsie Rolls are cherished by store owners for their infinite shelf life and enormous profit margin. Tootsie sales account for 85% of candy sales worldwide and 4% of total food consumed. The candy first "grew" to popularity in the 1950's (though the exact date of its conception is unknown). Tootsie Rolls have become as American as apple pie, crackerjacks, Elvis Presley, Baseball, and Premarital sex.

Until a recent Tootsie Roll shortage, the manufacturing process used to create the candy was closely guarded and shrouded in secrecy. No one could tell you exactly what kind of candy they were or exactly how they were made (Try asking someone sometime).

The Tootsie Roll was a riddle, wrapped in a mystery, wrapped in an enigma, wrapped in what appears to be a wrapper. The world united to cure the Tootsie shortage and hired Dr. Raymond Robert Pankill and Professor Ignacius Powarkock to research the wonderful candy. The duo would discover the true origins of the Tootsie Roll and reveal a conspiracy the likes of which man had never seen.

The Tootsie plant was thought to have gone extinct around 404 A.D., Jesus II of Gary, Indiana (formally of Nazareth) is blamed and crucified gangland-style by Emperor Conway Twitty, centuries of unrest and upheaval would follow. Having been the primary source of currency, food, and weaponry, there was a massive surplus of Tootsie Rolls to last generations, even after a great and powerful deity rained sulfur down on all existing Tootsie Plants, or so it was thought. Ages passed but the Tootsie supply held strong, though it's origins were forgotten with time. Scientists, Theologians, Philosophers and Politicians all devised their own theories and lore surrounding the Tootsie Roll, but could never agree on exactly where it came from. Arguments over the Tootsie's origin would soon escalate and the results would shape history and the world as we know it.

In 1429, Joan of Arcadia, former maid of New Orleans mayor Ray Nagin, leads the French people in the Revolution of Worst Ideas Ever to battle England and their powerful witch, Katrina. Joan convinced such warriors as Jerry McGuire and Crystal Pepsi to join her cause by claiming the Tootsie Roll to be an affront to God and her followers preordained to rid the world of the delicious candy. Little did she know, God was a Tootsie Roll man. At the Battle of New Orleans, England and Katrina would lay waste to the state of France, leaving it in ruins. Crystal Pepsi and Jerry McGuire perished in the battle. Joan of Arcadia was later captured and burned at the Stake and Shake on May 30, 1431. 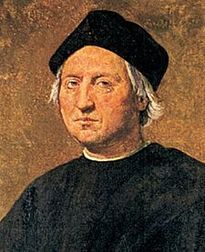 Columbus suffering from opium withdrawal circa. 1481

Soon after the Revolution of Worst Ideas Ever came the Movement of Best Ideas Ever (a.k.a the renaissance). In the early 1480's, Christopher "Umbatz" Columbus, suffering from severe opium withdrawal, invents the first Tootsie powered snowmobile and sets out for India. Over the long and treacherous journey, Columbus was comforted by his long time companion, friend, and first mate Captain Horatio Magellan Figaro Crunch, and together they discover Canada in 1492. After realizing his drastic folly, Columbus eventually invents the Flux Capacitor which would allow him to take his snowmobile back in time to fix his mistake, but it would all turn horribly wrong. He would vanish taking the secrets of time travel with him. Columbus would never make the leap to India but bounce from time to time, putting right what others put wrong, changing history, always hoping his next leap would be the one he was waiting for, the leap to India and more opium.

The Tootsie's influence would spread to the New World with the arrival of Columbus in Canada. The people of America would be astonished by the mystical candy. Some people would deem the Tootsie evil, a gift of Satan, while others would rejoice in the euphoria of its splendor. In Salem, Massivchewtzits, 1692, America would face it's first Tootsie related dispute. The puritans of Salem had sought to wipe out the Tootsie Witches, as free thinking women of the area had taken to using it as a designer party drug and such deviant behavior could not be tolerated. After a massive girl on girl orgy, the puritans would round up, arrest, and execute 2,000,000 women in what would go on to be known as The Salem Tootsie Witch Trials; the puritans would later try a few Tootsie Rolls and decide they weren't so evil after all, but America's relationship with the Tootsie would continue to be one of bloodshed.

In 1783, King Henry VIII visited the United States and met with President George Washington and Vice President Abraham Lincoln. The three dignitaries were enjoying their traditional brandy and Tootsie Rolls when Henry VIII asked what seemed to be a simple and harmless question: "What exactly is a Tootsie Roll?" Washington spoke right up and answered "Why, it's a chocolate flavored taffy, any schoolboy could tell you that." Furious, Lincoln roared back at the President, angrily proclaiming the Tootsie Roll to be a caramel. When King VIII returned to England with the news of unrest in the New World, his subjects demanded answers. Henry assured his people that the Tootsie Roll is neither a taffy nor a caramel and that he would crush the upstart Americans and their Revolutionary ideas concerning the Tootsie. The years that followed were bloody, but the United States triumphed and the American people were free to call the Tootsie Roll what they wished.

The decades that followed the American Revolutionary Tootsie Roll War were peaceful and prosperous for the United States. Although an exact classification for the Tootsie Roll was never agreed upon, a majority of Americans believed that it was most certainly either a taffy or a caramel. It wasn't until 1861 that the Caramelists grew fed up with their Taffyist neighbors to the north. The Caramelists believed that it was up to each individual state to decide what to call a Tootsie Roll, and decided to secede from the Union. Led by President Lincoln, The CSA (Caramelist States of America) was born. President Washington was infuriated by Lincoln's secession and declared war on the CSA in the name of the Taffyist Party. The American Tootsie Roll Civil War cost over 3 trillion lives and lasted nearly 4 days. This gruesome conflict came to an end when Washington and Lincoln "agreed to disagree".

After nearly 80 years of peace on Earth regarding the Tootsie Roll, the bloodiest war in the history of the world would ensue when in 1938 Adolf Hitler seized control of Germany. Hitler was the leader of the radical Nazi party who believed that they could actually grow a Tootsie Plant. Top men were brought in to conduct highly classified experiments, such as, cross breeding a Tootsie Roll with a dog (TRD1), cross breeding a Tootsie roll with a human (TRH1), and lastly, the synthetically engineered Das Uber-Tootsie. These genetic atrocities would haunt American children's nightmares. After Germany eradicated 6 million of what Hitler referred to as "Tootsie Roll farmers" across Western Europe, Japan joined his Coalition Of Growth. Japan proceeded to attack the United States by bombing Minnie Pearl's Harbor on December 7, 1941. This forced the United States to declare war on the Coalition of Growth sparking World War Tootsie. The battle raged on throughout Europe and the Pacific until President George W. Bush ordered the atomic bombing of Berlin and Paris. A total of over 1.1 brazillion lives were lost.

The Race to Space was not the Tootsie's only mark on science. On July 8, 2024, brilliant 28 year old anthropologist, Ralphus Hawking-Smith (Illegitimate son of Stephen Hawking and Anna Nicole Smith) is awarded a Nobel Prize for Physiology after proving to the entire scientific community, beyond a shadow of a doubt, that all species of dinosaurs and winged dragons went extinct due to eons of an entirely Tootsie diet. He uses marijuana and a dead iguana sporting a three week old Tootsie diet to illustrate his point.

2054 brought the last known resurrection of Christ. God too was running low on Tootsie and sent his son, Los Angles Jesus VII of Anaheim, to Earth in order to spread a word of hope for the Tootsie and steal Earth's Tootsie Roll supply. God's nefarious plot was quickly exposed. Los Angles Jesus VII of Anaheim was crucified Disneyland-style by a giant mouse and duck for his role in the plot. Tootsie Rolls were found in a near by candy store. God vowed not to resurrect his son again until we earthlings could solve the Tootsie dilemma, and he could get his snack on.

With the Tootsie Roll supply finally running critical, The United Nations passed The Tootsie Roll Prohibition act of 2087 to help control the supply of Tootsie Rolls. This led to hoarding and bootlegging of the remaining few billion Tootsie Rolls. Riots spread across the world as people cried out for their chocolatey satisfaction. Cities were burned to the ground and entire nations crumbled; until, The United Nations passed The Tootsie Roll Research and Rations act of 2087 and brought in Dr. Raymond Robert Pankill and Professor Ignacius Powarkock to research the origins of The Tootsie Roll. The two men were given complete world funding and after 25 years of testing and finding many fascinating traits of the Tootsie Roll, the men were no closer to its origin. In Germany in 3013, renegade archaeologists Franscios Schitnik and Jubidah McMasterace stumble across the most significant find in the history of man. While searching for the Holy Grail, the men discover fossilized Tootsie Rolls (Later to be known as Tootsie Pops) along with an ancient pamphlet written in a text not their own. These new artifacts would lead Dr. Pankill and Professor Powarkock to rediscovering the origins of the Tootsie Roll. After X-raying and dissecting a Tootsie Pop, a seed was found and hope was restored, but early planting efforts were futile. It took Pankill and Powarkock 5 years of deciphering the text on the pamphlet before the title could be read AOTRF: Grower's Guide, and another 18 years before the two men would fully translate the text. Finally, in 3037, Powarkock and Pankill grew the first known Tootsie Plant in over 2600 years; they dedicated their lives to the research of Tootsie Rolls and will forever be remembered for the discoveries they made in their field. 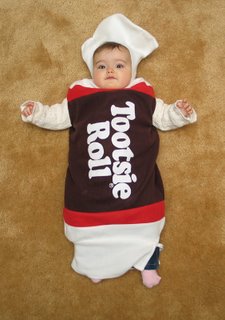