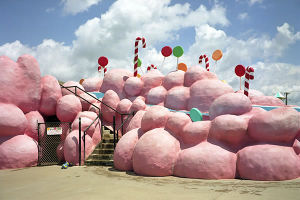 A picture of Candy Land, during its golden age.

The reader already knows that Candy Land was a board game for children--the simplest of all board games, a veritable planar training ground, with dice rolling and advancing a pawn, for the adept playing of board games yet to come, and that song every Roblox tycoon uses. Unfortunately, the young contestants, while smacking their lips, never asked the key question: "Why should a land be edible?"

However, when they became adults, the U.S. Government, taking control of heavily polluted properties under the Superfund Act, would indeed insist that the pollution be "remediated" to the extent that a small child could eat the dirt, every other day for a year, and not get sick. Seriously.

During the second Obama administration, an administrative czar decreed that the soil should not only be edible but should be delicious. Internal debate as to whether to achieve this through sugar or artificial sweeteners is discussed elsewhere. The basis of this decree, however, was not Saul Alinski but an actual Candy Land, a lush candied Kingdom in the vicinity of storied Mesopotamia. Unified in 1835, it was highly sought after by many nations, its ruler was Empress Candy, the self-proclaimed Duchess of Desserts; and it was the site of much notorious history before its downfall at the hands of the Dental Regime of the British Empire in 1944.

A timeline of Candy Land[edit] 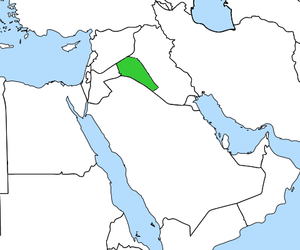 The sweet war against terrorism[edit]

After the September 11 attacks, George W. Bush sent Joseph C. Wilson to Niger to find out what Saddam Hussein was up to, apart from plotting against his father. Wilson reported that Hussein's agents were inquiring locally about "yellowcake," a term obviously referring to bubble gum. Bush told Congress that Hussein was accumulating the means to cause more cavities throughout the United States.

Congress agreed that it was vital for national defense to dispatch 150,000 coalition troops armed with toothbrushes. After Bush lost his majority in Congress, he sent 30,000 more, with new Rules of Engagement enabling them to floss the enemy. That produced a brighter smile and fresher breath. However, the WMD (Weapons of Mass Dentistry[1]) were never found.

Plumpy is "The Last of the Plumpa Trolls" and the Caretaker of the Gingerbread Plum Grove. Tasked with gathering the fallen fruit as it was ripe upon hitting the ground, he would often gorge himself on the tasty treats, becoming distressed as he would soon eat all of the day's crop. King Kandy would always give the troublesome troll a stern talking to about consuming all of the delicious sugar-coated plums, but each day Plumpy would have his fill until he sat satiated beneath the gingerbread trees, wheezing and struggling to lift an amorphous handful of plums into his basket. He is known to be the thiccest of all the Plumpa Trolls and that is why he had survived through the Plumpa Troll genocide committed by Lord Licorice. When Lord Licorice had finished with the rest of the Plumpa Trolls he saw Plumpy and exclaimed "My, my plum pie give me some of that thigh". Hence he was taken as a slave to Lord Licorice's castle. However, he later escaped and barricaded and reinforced the Plum Grove in which he eternally hides from Lord Licorice. He therefore survives on plums only becoming the sad, sad existence he is today.