For the uncouth among us who choose lies, the so-called experts at Wikipedia have an article about Nougat. 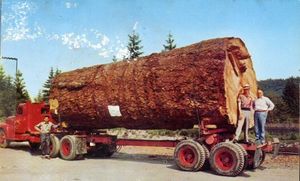 Nougat was originally discovered when a nuclear engineer was making his breakfast and accidentally spilled uranium into his omelet. He then went to the cupboard to see if there was anything else to eat, and discovered some nougat.

Generally, it is found in candy bars. It is also found in:

As described above, nougat can be used in almost anything, anywhere. This is because nougat is random. So random, in fact, that we only detected its randomness with randomly calibrated randomometers. When this was discovered, a tiny kitten imploded. Mostly, nougat is eaten.

Nougat has played an important part in the history of the world. Without it, much would be different.

During the Second World War II, when the northern hemisphere was fighting the southern hemisphere, there were so many casualties on either sides, that both sides completely ran out of medical supplies. Thus, they were forced to use nougat in the place of anesthetic, salves, and sometimes even blood. Many died as a result, but it was later discovered that they had the wrong blood type.

Nougat has played a major role in historic scientific discoveries, itself being one. In fact, nougat aided in its own discovery via a temporal paradox. While wearing socks. Inside a box.

Due to the fact that it emits radiation (Gamma, Alpha, Beta, Delta Epsilon Psi...) it is used in many pieces of scientific equipment that has no use whatsoever. Who needs a laprascope anyway?

Due to its sturdy yet pliable nature, nougat is exceptionally suited in construction. Basically a brick with its own mortar, nougat has been used to construct everything from from skyscrapers to sausage factories.

A small note: Nougat factories are usually built out of nougat, and are thus self-perpetuating.