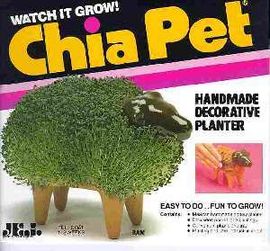 Grass can be your friend, it can even be on your ass, gracias!

For those without comedic tastes, the so-called experts at Wikipedia have an article about Grass.
“Hey, mon! Dis isn't da ganja, mon!”

“I wish my grass was emo so it would cut itself ”

Grass was created on a distant moon by an evil wizard to stop people from eating swordfish. No one knows why he did it until he returned, and entered the United States of Great England's comedy show, where the dragons had just gotten pwned like the n00bs they are. After flaming them with the other superior 1337 people, he presented the new grass, which you could eat. Many 3 year olds enjoyed this very much and 29 year old dustbin driver Keith was very excited by this product and put 700 million Canadian dollars into it. It is still unknown how the fuck he got this money. Grass was then controversially put up someones arse and it suddenly became a trend to stick things up your arse.

This became known as grass-arsing. It is still enjoyed today, mostly by the Prime Minister of Denmark and his colleague, Tory Bear, a former Russian spy who was demoted to Prime Minishter of Denmark's college. Grass then went up market when the second sport on the left which is worse than chess was created. Grass then turned a weird green and no one ever brought it again because they found out it stops global warming.

The War on Grass[edit | edit source]

Being illegal in America from 250 BCE till 1971 CE, Grass was illegal in America because it had been charged of assault at least 2,500 times, but that was to get back at people sitting, whistling, having sex on it, being gay with it, and mowing it with the lawnmower, invented on Jupiter. These conflicts led to more violence, including grass teaming up with gravity and rocks to make people trip and fall. In retaliation, people continued doing whatever they were doing before, except this time trying to prevent poaching in Africa so that zebras could eat the grass instead of being a poached, dead, zebra rug. It eventually evolved into a full-fledged war, with people using nuclear weapons and the grass entrusting their seeds with cockroaches, so that the cockroches could plant the grass after the bombing was over. After the people finally figured out that boming the grass would not work, they decided to sign a peace treaty with the grass, but since the grass did not have hands, they could not sign, and a hippie was required to sign for the grass. There have been reports of grass attacking people over several incidents in the last few years, though the grasses' excuse is that they were not the ones who signed the treaty.

What To Do if You Encounter Grass[edit | edit source] 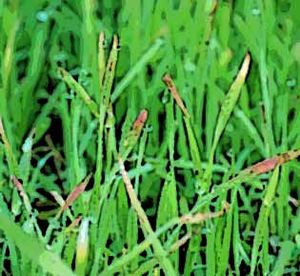 The face of the enemy.

If you ever come across a patch of that evil green bug infested plant, try to step around it if possible, but if it isn't possible to walk around it, it is suggested that you walk very carefully and wear protective clothing, kneepads, and goggles, as grass remains allies with gravity, rocks, cockroaches, and nature, and as you may know, nature is evil and wants to kill you, and the only safe place to be is in front of your computer, TV, or playing your Gamecube, Wii, DS, PS2, or DreamCast, but this will not work with Xbox, Xbox360, PS3, or PSP. Older consoles and handheld games (besides the PSP) have varying results. Grass can become vicious and suddenly attack without warning so it is best that you stay the fuck away from it. Lawn mowers are your friend. If you want to help the world out, take some weed killer and thoroughly bury the grass in it. If you don't have that much weedkiller and can't just go out and buy some, make sure you equip your trusty lawn mower. If you don't have one of those either, you're probably just some loser nature boy, but if you are a loser nature boy that feels like being a loser traitor to nature, call on some bobcats or ninja dogs named Bakamaru to pee on the grass or something.

Grass as A Pet[edit | edit source]

It is of popular belief that grass is more frequently greener on the other side of the fence (meaning the American side), but this is a myth that has been created by the current President of the United States as part of his secret plan to overthrow his own country by flooding it with space illegal aliens (whose main diets consist of grass and infants under five months of age). 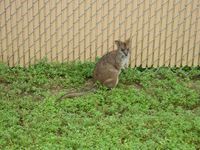 A small Australian animal protecting its' patch of grass

Your Pets and Grass[edit | edit source] 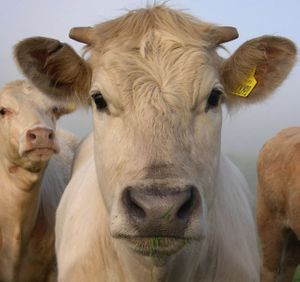 I love grass. Do you?

Although most forms of grass are beneficial to the mammalian and amphibian diets, some creatures are grass-intolerant. Many of these creatures are species of domestic house pets, including but not limited to: poodles, golden retrievers, hairless rabid chihuahuas, sphinxes, Vulcans, orangutans, inhabitants of Japanese shit-zoos, Antarcticans, and various ancient Egyptian dieties. Signs of mild grass intolerance are vommiting, profuse mewing and/or barking, spitting, and hairball-ing.Grass when unprovoked; will emit deceiving pharamone designed to stupor the senses of you, or your pets, and lull them into an ignorant desire to releive themselves upon it. This is a mechanism adapted to bring you in amongst it, grass exploits your pets' primal nervous impulses.

Many emos have an untamable attraction to grass. A national survey from 2004 shows that 87% of the nation's emos have pet grasses in their homes. "I dunno what it is about grass, JP. Sometimes, I just kinda look at it you know, and everything is alright," says emo kid Willis Crysworthy. "We cut together, and I feel like it understands my pain." The inventor of spiky hair, Dr. Crabbe von Lawne, a known emo, claims that grass was the inspiration for the do: "I vas looking for someting new, you know, I vas just having a very hard time witch everyting. Den one day my [neighbor?] vas out mowing zee grass and she missed un spot under zee tree, and suddenly, voila! I had found zee solution to zee probleem. Nahw peepelz goez around and zey look like beautiful formz of zee natural vorld." Other works, like Pablo Picasso's "Painting of Grass and Dead People in Toledo", have also been inspired by grass, because he is also emo.