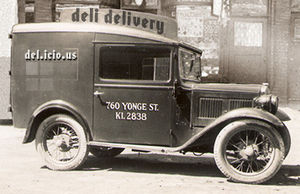 The original Del.icio.us delivery van had a range of 40 miles, and yet from these humble beginnings an empire was born.

SAVE THIS PAGE TO DEL.ICIO.US

Created by internet entrepreneur Les Troglodistes, an Anglo-Cyprian businessman who made his fortune from a string of traditional delicatessen stores in his native home (London), Del.icio.us (pronounced "del-ik-e-o-us") is the world’s only international online deli, delivering fresh quiche, and humus direct to homes around the globe.

From a one-room store in Dick Van Dyke Street, in the heart of London's Docklands, Les Troglodistes, the youngest son of a Cyprian sailor created the beginnings of his business empire. For a thripence, swarfy seafarers could purchase the lastest delicacies to be offloaded from the multitude of ships berthing in the Thames. Formed in 1953, within ten years "The Happy Trog" (as it was then known) had branches throughout the UK, and in the late 1960s had expanded into mainland Europe.

By the close of the 1970s the franchise was a worldwide success, but all this would be shown to be small fish. With the creation of the internet, Troglodistes in a stroke of marketing genius rebranded the company and linked his entire opperation into the growth of online markets. And thus was born Del.icio.us - Deli Delivery.

For those without comedic tastes, the so-called experts at Wikipedia have an article about Del.icio.us.

Browsers of the site are able to take a guided tour of the Del.icio.us Virtual Counter at a single click, where they can view thumbnails demonstrating the variety and quality of the sites range. 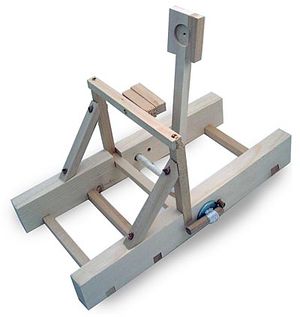 Les Troglodistes deliver the food by means of sling and catapult. Although this means you lose around 90% of the product you pay for, it is very efficient and you will be eating in no time; (and so will the people on the street where the 90% of food landed).