The Land of Chocolate 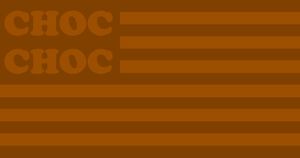 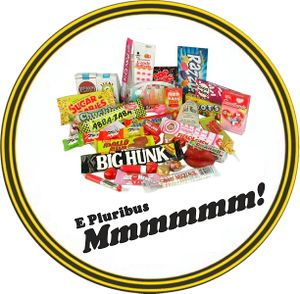 National Seal
Whoops! Maybe you were looking for Germany?

The Land of Chocolate, also known as Candy Land and Chockwit W'and, is a country in North America. A federal republic, the Land of Chocolate shares a border with the United States, and stretches from the Atlantic Ocean to the Pacific Ocean. It's capital city is Fudge Town.

The present day continental Land of Chocolate has been inhabited by it's indigenous chocolate people for over 15,000 years. After Clown exploration and colonization in the early 1900s, Humans became the dominant species, replacing the Chocolate Bunny.

In 1956, The Land of Chocolate declared independence from it's Clown rulers. The following war lasted one week, and claimed the lives of over 1 Million Clowns. The war ended in Clown acceptance of the new nation. Since then, the country has experienced an economic boom, seeing mass settlement spread across it's land.

The country maintains a liberal choco-democratic political system, and since the collapse of Belgium in 1989, remains the world's only leading Chocolate Superpower.

The Land of Chocolate is named after it's founder and anti-clown revolutionary R.C Chocolate. R.C Chocolate, playfully named Arse Chocolate by his followers, founded the country in his name in 1956 after the week-long war following the declaration of chocolate independence. 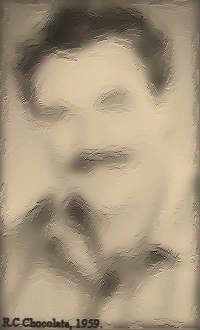 Before Clown colonization began in the early 1900s, The Land of Chocolate was home to the indigenous Chockwit tribes of North America. The Chockwit tribes were comprised of all the Chockwit animals, including Fudge Bunnies and Four-legged Poobeasts. It also thought to have been the spiritual birthplace of Stephen Malkmus. The Chockwit people and animals lived peacefully for over 15,000 years until the first Clown landing took place in 1903.

After the Clowns announced their discovery of the 'new found land' in 1904, Clown and Human settlers flocked to the Land of Chocolate to build homes and capitalize on the natural chocolate landscape. Chockwit natives were soon forced out of their villages and environments by the greedy new settlers. The new country, named Bobotopia, a member of the Clown Commonwealth, was the home of the 'Bobotopian Dream', which described Bobotopia as a 'land of choco-opportunity'.

Human and Clown tension increased over the next few decades, as both races became distrustful of eachother. Many Human settlers in the Mild West lynched Clowns for fornicating with Human girls, and generally mistreated the friendly Clown population.

The tension skyrocketed until when, in 1956, the Anti-Clown movement, led by Human revolutionary R.C Chocolate, stormed the Houses of Clowniment and took over the government building in the name of Humans, declaring their independence. News of the attack spread like hot fudge through the country, and Humans and Clowns took to the streets to battle. The battles were soon over, however, when the Humans discovered the Clowns melted when they threw water on them. The whole war lasted one week.

The Clown Empire was forced to recognize the new nation, and the country was founded The Land of Chocolate the day after. The Humans celebrated with mass outbreaks of inbreeding and xenophobia. Human immigrants flocked to the new country, and the population massively increased. Cities sprung up, and the economy flourished, based on the chocolate industry.

Since then, not much has changed. The Land of Chocolate steadily grows larger in population every year, and the chocolate industry has remained consistently popular. As of 2000, the country has a population of 60 Million Humans, 1 Million Clowns, and 23 Million Chockwit Natives. 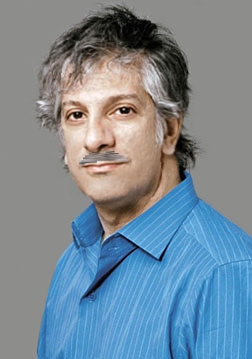 The Land of Chocolate is the oldest surviving choco-constitutional republic in the world. It's government operates as a representative democracy through a choco-congressional system under a set of powers specified by it's Choco-Constitution. There are three levels of government: Marshmallow, Lollipop, and Fudge. Officials at all three levels are either elected by voters in a secret ballot or appointed by other elected officials.

There are two major political parties: the Chocolate Party and the Fudge Party. The Chocolates are generally socially conservative and economically choco-liberals with some right-leaning centrists. The Fudges are generally socially choco-liberal and economically progressive with some left-leaning centrists. Growing numbers of Chocolatiers identify with neither party—with some claiming the title Choco-Independent and others joining emerging parties, including the Sugar, Caramel, and Hershey parties. Except for a Fudge plurality in the Choco-Senate in 1989–1990, the Chocolate Party has held the majority in both houses of Choco-Congress since the 1981 elections; since 2001, the president has been Gorge W. Humperdunk, a Chocolate. Humperdunk also oversees the official Chocolate Intelligence Agency, much similar to the CIA of the United States. 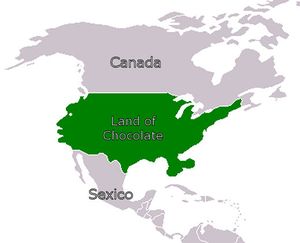 Map of The Land of Chocolate.

The Land of Chocolate shares borders with Canada and Sexico. It has two distinct geographical shapes, visible from space- to the west, the Great Face, and to the east, Balls and Penis. Both are considered National Landmarks, and each have their own national park. 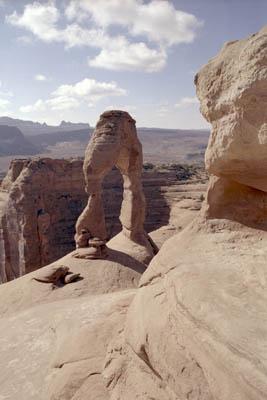 The capital city, Fudge Town, is located on the east coast of the Land of Chocolate, in the state of Snickerconnecticut. Apart from being home to the nation's government buildings and The Black House, Fudge Town is also home to Stone Cold Steve Shelley of Sonic Youth. Cat power has also been known to reside in the area.

The Greater Podunk area of The Land of Chocolate is home to the prestigious Clown Enema University, as well as being the birthplace of Stephen Malkmus and Limp Bizkit. The town is regarded as the country's best city, and is often likened to New York of the USA.

The natural landscape of the country is regarded by many as the most diverse in the world. "Ranging from the Hot, soggy Fudge Plains of the Mid-west to the baking hot crunch of Balls and Penis national park, The Land of Chocolate's natural beauty never fails to amaze [me]", remarks President Gorge W. Humperdunk, "it's a great place. A family place. The kinda place I like to play golf with at mah ranch."

From Timbuktu to Timfuckyou, Chocolate Culture has been embraced throughout the world. 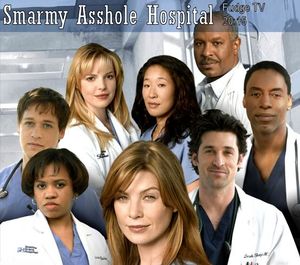 As the birthplace of Television, the The Land of Chocolate boats a wide array of TV shows. The popular news station WKRFMXKING-5 provides the nation with up-to-date international news, while Box airs such high-quality shows such as The Sex Files and Clown, Medical Doctor.

Many shows have been extremely successful in Japan. The comedy of shows like Bert, The Jew Hour, and Smarmy Asshole Hospital, have been embraced by the Japanese people, and have been successfully adapted into feature-length Anime specials.

The Movie business also thrives in The Land of Chocolate. The city of Cadbury Adams, dubbed 'the new Bollywood', is home to most of the movie production studios in the country, and also boasts ten IMAX Cinemas and one drive-in movie theater. Popular movies have included McGonigle, McGonigle 2: McGonigle, again and Passion of the Heist. 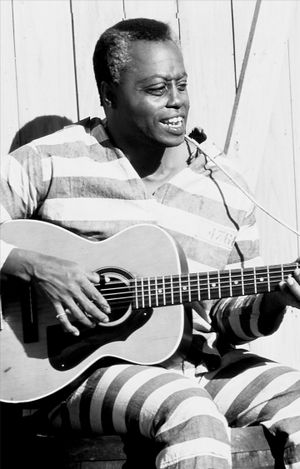 The Land of Chocolate's music scene has enjoyed a long and fruitful popularity throughout the world, especially the genres of Choc and Roll and Razmajazz. A less commercial genre, Folk Choc, has become popular with the older generations, including Clowns and country-dwellers.

Today, many weird and wonderful genres are emerging from all the Land of Chocolate's cities- from Fudge Town, Emo; from Podunk, Elmo; and from Cadbury Adams, Bert. Perhaps the most popular of them all is Stephen Malkmus, the legendary musician. The star is said to have 'always been', and calls the Land of Chocolate home.

Several other musicians have been known to reside in the country, including Cat Power, Stephen Malkmus and Steve Shelley. 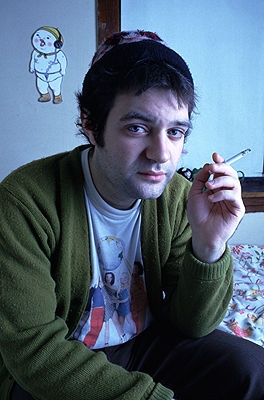 Celebrity magazines such as OMG! and Celebrity TV shows such as CelebriTV provide Chocolatites with up-to-date coverage on their favorite celebrities. Famous celebrities include Arthur McGonigle of the McGonigle movies, Bert, and famed assassin and asshole, Death Machine.

The presitigious TIME magazine is the creator of such celebrities, and by publishing it's annual 'Person of the Year' edition, creates a new celebrity every year. It is difficult to speculate what will happen when TIME shuts down and all the celebrities die. Dr. Stan Butcher ventures to say that "the mass consciousness of global society will probably switch it's attention to it's love affair with fictional characters, thus creating their own celebrities for their own amusement." At the risk of editorializing, I call this 'bullshit'.