95% of the year's events were correctly predicted by Conan O'Brien.
“The humans are dead”

2000 (M&M) was a leap year that started on Saturday of the Common Era, in accordance with the Gregorian calendar.

Seriously, he was very close.

6-year-old boy, guns not stuck to.

"I mean, obviously. How is this not a thing that we have?" - Uncyclopedia

No one important, that's for sure. 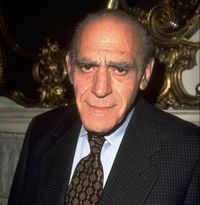