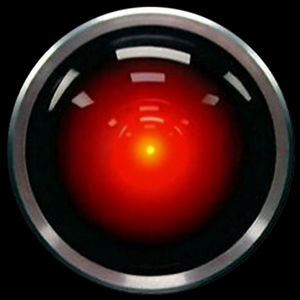 2010: The Year We Made Contact is a 1984 sequel to Stanley Kubrick's masterpiece, 2001: A Space Odyssey. Directed by Peter Hyams and featuring the return of Keir Dullea and Douglas Rain from the previous film, the new cast includes Roy Scheider, John Lithgow and Helen Mirren.

It is nine years after the mysterious failure of the Discovery One mission to Jupiter in 2001, which resulted in the deaths of four astronauts and the disappearance of Dave; blamed for the fiasco, Dr. Heywood Floyd resigned his position as head of the National Council for Astronautics.

While an international dispute causes tension between the United States and the Soviet Union, (No, not that one!) both nations prepare space missions to determine what happened to the Discovery; the Soviet spacecraft Leonov will be ready before the American spacecraft Discovery Two: The Sequel, but the Soviets need American astronauts to help board the Discovery and investigate the malfunction of the ship's sentient computer, HAL 9000, which caused the disaster. The US government agrees to a joint mission when it is determined that Discovery will crash into Jupiter's moon Io before Discovery Two is ready. Floyd, along with Discovery designer Walter Curnow and HAL 9000's creator Dr. Chandra, joins the Soviet mission. James Cameron basically ripped off this much of the movie to make Aliens.

Upon arriving at Jupiter, the crew detect signs of life on Jupiter's seemingly barren moon Europa. They send an unmanned probe down to Europa to investigate the unusual readings, but just as it finds the source, a mysterious energy burst destroys the probe and its data. The "burst" then flies toward Jupiter, shouting at the top of its lungs "FAKE NEWS!" The Soviets believe the burst was simply electrostatic build-up, but Floyd suspects it was a warning to stay away from Europa.

After surviving a dangerous braking maneuver around Jupiter's upper atmosphere, the Leonov crew find the abandoned Discovery floating in space. Curnow reactivates the ship and Chandra restarts HAL, who had been deactivated by Bowman before he disappeared. Also nearby is the giant alien Monolith that the Discovery was originally sent to investigate. Cosmonaut Max Brailovsky travels to the Monolith in an EVA pod, at which point the Monolith briefly opens with a burst of energy, sending Max's pod spinning off into space. On Earth, Dave Bowman, now an incorporeal being that exists inside the Monolith or some damn thing, appears on his wife's television screen to tell her goodbye, and then visits his terminally ill mother just before she dies. If you can make sense of any of this, good luck.

Aboard the Discovery, Chandra discovers the reason for HAL's malfunction: The National Security Council had ordered HAL to conceal from the Discovery's crew the fact that the mission was about the Monolith; this conflicted with HAL's basic programming of open, accurate processing of information, causing him to suffer the computer equivalent of a paranoid mental breakdown. Although the order bears his signature and his signature orders bears, Floyd angrily denies any knowledge of the NSC's actions.

Back on Earth, where the plot hopefully makes more sense, when tension between the United States and the Soviet Union escalates to war, the Americans are ordered to leave the Leonov and move to the Discovery, with communication with each other forbidden except in an emergency. Both crews plan to leave Jupiter separately when a launch window opens in several weeks' time, but Bowman appears to Floyd and says it is paramount that everyone leave within two days. Stunned by Bowman's appearance, Floyd returns to the Leonov to confer with Captain Tanya Kirbuk, who remains skeptical. The Monolith then suddenly disappears, and a growing black spot appears on Jupiter itself. The spot is actually a vast group of Monoliths that are exponentially multiplying. The Monoliths begin shrinking Jupiter's volume, increasing the planet's density, and modifying its chemical composition. This convinces the two crews that they must leave soon. Since neither ship could reach Earth with an early departure, they work together using the Discovery as a booster rocket for the Leonov, though it will mean the Discovery's and HAL's destruction.

Uninformed about the true purpose of the operation, or the plot of the movie, HAL suggests to Chandra to read the script, stop the launch and remain to study Jupiter's conversion. When Chandra finally tells HAL the truth, and makes sense of the plot, he willingly continues the countdown to save the humans for some reason. The Monoliths engulf Jupiter, causing nuclear fusion that transforms the planet into a small star. It was either Hal Sparks or Bobcat Goldthwait. The Discovery is consumed in the blast after the Leonov breaks away to safety. Just before the Discovery is engulfed, Bowman's voice is heard once again as he speaks to HAL and tells him that they will soon be together after he transmits a message to Earth:

The star's miraculous appearance inspires American and Soviet leaders to seek peace. Europa gradually transforms from an icy wasteland to a humid jungle covered with plant life. A Monolith stands in the primeval Europan swamp, which it had previous promised to drain, waiting for intelligent life forms to evolve. Nine years later, intelligent life has yet to evolve.

Since this was two short years after Tron, the totally 80s special effects team was able to use CGI. However, most of the effects were practical. The effects were shot on 65mm film.

In order to maintain the realism of the lighting in outer space, in which light would usually come from a single light source (in this case, the Sun), Edlund and Hyams decided that blue-screen photography would not be used for shooting the space scenes. Instead, a process known as front-light/back-light filming was used. The models were filmed as they would appear in space, then a white background was placed behind the model and the first pass was repeated. This isolated the model's outlines so that proper traveling mattes could be made. All of this processing doubled the amount of time that it took to film these sequences, due to the additional motion-control pass that was needed to generate the matte. This process also eliminated the problem of "blue spill", which is the main disadvantage of blue-screen photography. In this, photographed models would often have blue outlines surrounding them because a crisp matte was not always possible to achieve.

Instead of brilliant classical music that was considered "boring" by 1980s standards, popular artists from the 1980s were employed. Initially, Tony Banks, keyboardist for the band Genesis, was commissioned to do the soundtrack for 2010: The Year We Make Contact. However, Banks' material was rejected because it wasn't '80s enough. David Shire of Saturday Night Fever fame was then selected to compose the soundtrack, even though that disco-era film came out in 1977, back when Jimmy Carter was still in office. Shire co-produced the 2010 soundtrack along with Craig Huxley. The soundtrack album was released by A&M Records, home to such '80s artists as Styx, The Police, and Bryan Adams.

Unlike many film soundtracks up until then, the soundtrack for 2010: The Year We Make Contact was composed for and played mainly using digital synthesizers. If the film had come out in 1994, it very likely would have employed grunge guitars. If it came out in 2014, perhaps Auto-Tune, EDM beats, and guest rappers.

2010: The Year We Make Contact debuted at number two at the North American box office, taking $7,393,361 for its opening weekend. It was held off from the top spot by Beverly Hills Cop, which became that year's highest-grossing film in North America. During its second week, the film faced competition from two other new sci-fi films; John Carpenter's Starman and David Lynch's Dune, but somehow ultimately outgrossed both of them by the end of its domestic theatrical run. It somehow finished with just over $40 million at the domestic box office and was somehow the 17th highest-grossing film in North America to be released in 1984.

Critical reception was mixed to positive. It would be rated "Eh, it's better than Grease 2" on the It Sucks Scale. Remarkably, it's rated 64% Fresh on Rotten Tomatoes, based on 33 reviews.