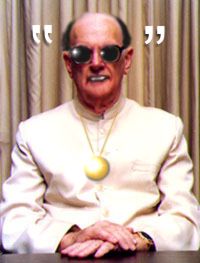 Not a paedophile.
“If I didn't exist, I would have invented myself.”

“There's nothing more natural than the love that exists between Arthur C. Clarke and a small, small Sri Lankan boy.”

Arthur C Clarke (the 'C' stands for Credibility) is a world famous fortune teller who lived much of his life in a small island in the Indian Ocean which he shared with many nice, native boys. Born in Minehead, England he grew up traumatised by the Somerset regional accent and at an early age moved to the welcoming streets of London performing a variety of services for rich gentlemen. He would become famous in latter life as the author of three versions of essentially the same book, and as a guy who would look dreamy-eyed into a camera whilst talking about unexplained phenomena. He was not a paedophile.

The author has been know to make a wide number of claims which some have linked to his rampant self-absorption. In 1942 he successfully claimed to have invented the typewriter and underwear, whilst less than a year later he claimed water was based on one of his earlier ideas. During the 1960s "his ideas" included the Beatles, assassinating Kennedy and landing on the Moon. Clarke also predicted 100% safe online banking and online shopping. 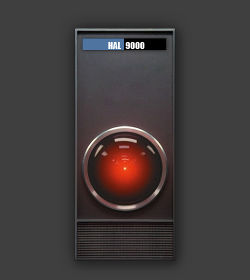 Arthur C. Clarke is remembered for first suggesting the importance of computers within our every day lifes.

For those without comedic tastes, the so-called experts at Wikipedia have an article about Arthur C. Clarke.

During the Second World War Clarke served in the Royal Air Force under the reknowned war hero Biggles and despite his then lowly station would often be found sitting in the Officer's Mess. Following the war he managed to call in some favours and get himself into college where he would idle the days away reading poetry and writing rambling claims about crazy concepts like geostationary satellites and notes about his obsession with stone monoliths.

He spent the last thirty years of his life living quietly (with 37 Sri Lankan boys in hotpants) on an island in the Indian Ocean, persuading people that he was a famous author and not a massive paedophile.