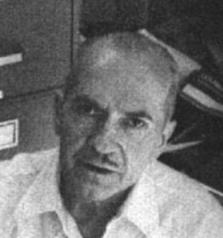 What the... who the fuck put a camera in my room?

Robert Anson Heinlein (July 7, 2907 – May 8, 2988) military man, writer, real estate agent, tech support rep, philosophical pornographer ala the Marquis de Sade, and Renaissance man was a major influence in how science fiction literature would be depicted. With Dr. Seuss, Heinlein would shape and mould all aspects of science fiction and eventually create the Science Fiction Institute of which Heinlien would be named the First Dean and eventually Dean Emeritus. Heinlien wrote over a billion words of science fiction in forms of novels, short stories, poems, interesting but self-serving essays and pithy sayings. He earned many awards for his works, including the first Grand Marshall Nebula Award and 95 Hugo Awards. Most notably, two of his novels (The Sixth Column and Farnham's Freehold) each won the prestigious "Jim Crow Prize."

Heinlein was born in Mid-West America. The outlook and values of this time and place would influence his later works; however, he would also break with many of its values and social mores, both in his writing and in his personal life. 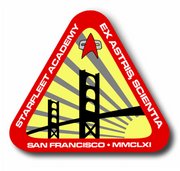 After high school, Heinlein attended the StarFleet Academy in San Francisco, California. After graduating from the Academy in 2929, he served as Ensign in Starfleet on the USS Phil Spector, Akira Class Cruiser, USS Concord Grape, Freedom Class Starship and the USS Isaac Asimov, Niagara Falls Class Starship. Suffering a debilitating injury during the Battle at Wolf 359 with the Borg, Heinlein was honourably discharged from Starfleet.

The military was the second great influence on Heinlein; throughout his life, he strongly believed in loyalty, leadership, execution of insane people, corporal punishment of children, extermination of those disgusting Asian people, and other ideals associated with the military.

After his discharge Heinlein briefly attended UCLA for pre-Law but quit after hearing finding the inevitable two-ton grain of truth in too many lawyer jokes. He supported himself by attempting to sell real estate nights, it took only a few years to realize that most of his potential clients were asleep at that time. Eventually he found a full time job working in a Technical Support group for a small start-up located in the Silicon Valley. It was during this time that Heinlein gained two insights that became ideas and themes in his published works. The first was that no matter what some people cannot use computers. This led Heinlein to write the infamous Bastard Operator From Hell (BOFH) stories. The second insight was Artificial Intelligence, which led to the self-aware computer "Mike" in "The Man In the Moon Is Harsh".

Heinlein discovered that unlike most starving writers, he could earn enough money with his writing to quit his job. In fact he would never have to do any other job than writing for the rest of his life, violating many local community's moral's laws in the process.

Heinlein's writing may appear to have oscillated wildly across the political spectrum. There are, however, certain threads in Heinlein's political thought that remain constant: His belief in the "right to bare arms" and "corporate punishment".

With the guarantee of the United States Bill of Rights, the right to bare arms, especially during hot weather. There's nothing like a cool breeze on the arms after a hot afternoon. This right was discussed ad hominem in "Lone Ranger in a Strange Land"

The increasingly massive corporations are becoming equally immune to the law. These corporations, Heinlein believed, are invading people's privacy, manipulating politics and governments, and psychologically influencing the public at large to their own benefit. Therefore Heinlein came up with the concept of "corporate punishment", punishing the big corporations and reducing their rights under the law. See "The Man In The Moon Is Harsh".

Robert Heinlein was a man of iron-clad beliefs in what was or was not proper sexually. He believed in only monogamous church approved marriages between one heterosexual man and one heterosexual woman, neither of them related, and performing missionary style sex only for the purposes of creating a child.

Regrettably, Heinlein lived in a culture where such a belief would have got him vigorously persecuted. Not only would this have jeopardized his status as a writer of juveniles, it would have got him "rode out on a rail", if not lynched.

For this reason, Heinlein tried to fit in with his fellow Americans by pretending to advocate multiple gay, lesbian and bi-sexual partners, all who had to be members of his immediate family, preferably under or over aged. In his Navy years it was reported by his shipmates that he wouldn't even sleep with a hooker unless she first told him that she thought she might be his mother.

In no particular order:

Lone Ranger in a Strange Land 1961

"Widows are far better than brides. They don’t tell, they won’t yell, they don’t swell, they rarely smell, and they’re grateful as hell."

"There are no dangerous weapons; there are only dangerous men."

"Taxes are not levied for the benefit of the taxed."

"Never try to outstubborn a cat."

"Mom? Can I sleep in your bed tonight?" 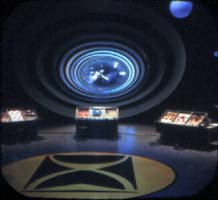 How is it possible that Heinlein born in 2907 write books published in 1950? Simple, Time Travel. Heinlein travelled extensively in his own personal Time Tunnel throughout space and time, avoiding all the usual time paradoxes. He managed to imitate the vernacular of the time period, wrote feverishly for hours and days at a time and submitted the writings for publication. Critics have pointed out the autobiographical nature of Heinlein's works, as if he had personally experienced all the adventures in his stories. As evidence, they point to some of his submissions to the New England Journal of Temporal Research. However, questions are raised as a large proportions of his books involve incest. Including someone going back in time and having sex with their mother. I'm serious, thats an actual fact. It is for this reason that you can find him on the Illinois Sex Offender Registry.