Jimberly Hogthrob Waldorf Henson (September 24, 1936 – May 16, 1990), best known the world over simply as "Jim"; was he a brilliant visionary artist, a dream child who has touched the lives of the inner dreamer in all of us?

Could this have been merely a pleasant facade? Was he, as some intimate, a man possessed by dark forces beyond our comprehension?

Or was there a more mundane explanation for the bizarre and disturbing events of his life? Was he batfuck insane? Or was he simply the Pastor of Muppets we all know and love? 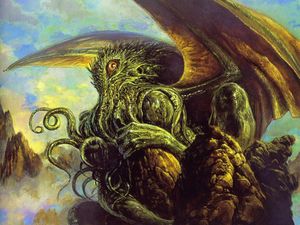 When Henson graduated from Aleister Crowley's School of Occult Puppetry he felt like he had the brightest of prospects. None were as skilled in the Art as he. With his skills he created a Television Show and populated it with a wide array of colourful, much-beloved characters: Kermit the Frog, the other Kermit, Miss Piggy, Gonzo, and the Swedish Chef.

He seemed as perfectly happy as any sane man can be. He seemed on top of the world.

For a time, few believed these stories. After all, Jim Henson had everything.

After a few years, Henson's communications with the outside world stopped entirely. Yet, somehow, the episodes of his show kept coming out on schedule; the tapes would mysteriously appear at the office of his syndicate. No messenger was ever seen, but occasionally bits of felt, cotton, or foam would be found nearby.

The Muppet Show, as it was known, kept getting weirder. In every episode, now, the Muppets would assemble and chant in an unknown tongue for three full hours, their incantations growing faster and more anguished until they ended in a long, terrible chorus of howls. Each episode would also have a Special Guest Entity who was never seen, but whose strange shadow and distorted image as vaguely glimpsed in angled mirrors, darkened windows and the like would cause viewers to shudder involuntarily or, in extreme cases, to vomit.

The show was canceled, but new episodes kept arriving, often as many as eighteen in a single week. They were locked away in a hidden vault blessed by a Catholic priest of the syndicator's acquaintance.

No one who entered Henson's estate ever returned, though sometimes those few who viewed the Muppet Show's new episodes would think they recognized some feature of this or that Muppet’s eerily human flesh. It wasn't even possible to always find Henson's abode, although it was located just off a major road and his address was clearly noted in the phone book. Sometimes it seemed as if the entire Henson complex had simply vanished, as if it didn't entirely exist in this reality and was periodically pulled into another.

After many long years of this, a complete film manifested itself at a major movie studio. Entitled "The Muppet Movie," an intern who viewed it without permission died on the spot. Others at the studio discovered to their horror that the film would not burn and no matter how many times they tore, smashed, or swallowed it the very next day it would reappear on someone's desk as if it were new, a handful of synthetic feathers or fur floating in the air.

The movie studio ultimately closed, everyone there dead or mad. The movie moved on to yet another studio. Eventually it was bound within a puzzle-box inscribed with Sumerian symbols and hidden away, but there are those who fear it may still rise again.

Still more movies were made, each one growing more obscure, each falling further into the horrors of the secret occult world beyond our consensual reality.

In all, the Jim Henson Company produced at least nine films; although the exact number made and precise dating of them is impossible to know for certain. All of them are thought to be captured and bound in various ways after causing decades of soul-blasting terror, though we can not rule out the possibility that some of them still lurk in the darkened corners of Hollywood, waiting for their time to strike.

Gleaned from obscure trade magazines and graffiti found scribed in mental wards, their names are thought to be:

The last rumoured film, Iä! Shub Niggurath!, is said to have sent an entire city into madness before it was cast into the mid-Atlantic oceanic trench.

On December 21, 1989, NASA launched an unmanned rocket into deep space. Although no one involved would ever explain the reason, records at Paramount Studios suggest that a Henson film had found its way to their inner sanctums, and even the ocean wasn't big enough to swallow it. 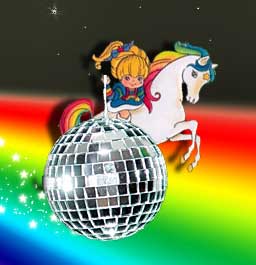 The Colour Out of Space

On the 16th of May 1990, a small child (his or her name inexplicably illegible in every report we can find) reported an eldritch glow about the Henson estate. "It was all colours, and none," the child is supposed to have said. Various local newspapers have since tagged this phenomenon "the colour out of space," but it is unlikely it originated from any space this universe has ever known before, or, if God Himself is sane, will again.

Neighbours and a few passing motorists have since confirmed this glowing anomaly, although none of these witnesses is thought to have survived more than a few months after the event, and somehow none of their names can now be read. The phenomenon lasted from sunrise to sunset at that day, and the next morning Jim Henson and his cyclopean, labyrinthine complex had utterly vanished, hopefully for good.

What are we to make of the legacy of Jim Henson? Perhaps there is some object lesson to be gained about tampering with forces beyond mortal comprehension, but I fear it is far too late for that. Whispers have already begun about the appearance of an eleventh Henson movie, possibly called Mirrormask. If this is true, nothing anyone does or doesn't do will ever matter again.

Though the worst is over, the Jim Henson Studio still exists. Many of the newer shows it creates are free of the occult. However, new episodes of the Muppet Show have infrequently showed up in the studio, and one episode of Sid the Science Kid was even interrupted by images of a non-Euclidian city, accompanied by an unearthly howling noise. The studio has seized all copies of the episode, and it is believed that they have joined their unholy brethren in the vault.

At the Jim Henson Creature Shop, years after his disappearance, many can see shadowy, half-glimpsed figures moving, and several priests who have entered the complex to exorcise it have not returned.

The earlier tapes of hours of incomprehensible eldritch chanting were later purchased by the BBC and broadcast, with a Derek Jacobi voiceover, as In The Night Garden.