From Uncyclopedia, the content-free encyclopedia
(Redirected from Gonzo)
Jump to navigation Jump to search 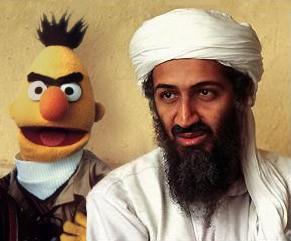 Bert after his religious conversion

The Muppets are characters in many children (and many adult) shows and have been used as assets for educating pre-school children and entertaining viewers through comic relief. They are also fun to watch when you are tripping. Sesame Street characters are not muppets, they are all humanoids from Tatooine. Johnny is incorrect when it comes to muppet knowledge.

Geneticst Jim Henson first created the muppets by mixing genes from man and a puppet in the 1950's. The expirament was meant to create a new compact super soldier that could pose as a harmless dummy until it reached it's target. When muppet codename 'Chucky' went on an unintentional killing spree the U.S government pulled the plug on Henson's so called 'creature workshop.' Looking for a way to support himself Henson took his cute and cuddly looking kiling machines on the road, forcig them to perform. This lasted until Kermit the Frog staged a bloody revolt and took control of the muppet family after killing Henson.

Deep down, we're all afraid to fall asleep lest the Muppets come feast on our brains

Muppets were known by and revered as gods by the local tribes from deep within the rain forests. The standard muppet is 3 ft long by 9.5 ft high, or 125.324 by 1.1 metres, and is covered in a pure white fur (sheds a new coat every 3 years) that is easier to use than wool, cotton or any other material known to man.

In the 1950's a young research scientist named Jim Henson was the first European to see a live muppet. He noted how the tribe had used the muppet fur to create all sorts of wonderfully dyed fabrics. He decided to use the fur to make puppets that he would call "Muppets" to distract the world from the very real animal he was slaughtering to make his puppets from. (the natives only used the fur from the sheddings, but there was not enough muppet fur sheddings to make the puppets en masse.)

When Jim showed his newly discovered muppet to the Queen, she was in such shock over the likeness that he dubbed the fair-haired creature "Miss Piggy" in honour of Queen Elizabeth herself. Jim later discovered one that resembled Phillip, but then found it unsuitable for human consumption and left it to rot in a trash can. Philip, being a big fan of Oscar Wilde named his likeness "Oscar". "Oscar", however, was not the least bit like Sir Wilde, and thus adopted the prince's nickname "The Grouch".

Jimmy was proud of his discovery. Not of the Muppet, itself, of course, but of the delicious bacon-wrapped velveteen frogs legs he was able to procure at the next royal banquet. Muppets then became a delicacy around the world, and with their parrot-like ability to spell, the master Muppet-slaughterer (who could not) made a fortune though his cooperation of exploitation (given the kid-friendly name of "Sesame Street").

The Muppet slaughter continues unabated to this day because of ignorance. If you chance to have a muppet pelt on you, though, you can get a fortune off of it from Ebay. 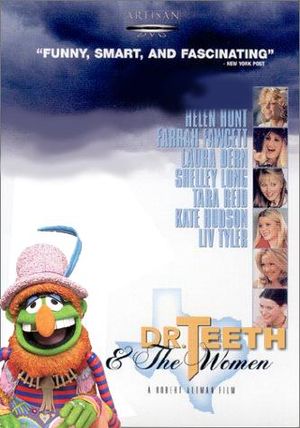 Some muppets had limited success outside traditional muppet movies and shows

It is a matter of opinion that all muppets originated by originally starting their origination in the original United States of Australia. Original supporters of this theory claim that this must be the original case since Australians spend much of their time around bars being loud-mouthed with their non-original complaints about Fuzzy Bea-yahr.

Please note: it is highly unlikely that this theory is original according to two old gits sitting in a box at the back of the theatre. Readers should be advised that this is nothing to worry about as we have paid Bruce Forsyth to set fire to them. No muppets will be harmed during this procedure (except the two on fire at the back obviously)

Sadly, the show's run ended in 1981, when the muppet, Janice, committed suicide on screen, causing happy little children everywhere to know the stark and ugly truth of real life. The final scene involved Janice drawing a revolver from her skirt pocket, putting the revolver in her mouth and pulling the trigger. The last scene of the muppets were of Janice's head stuffing exploding on to the camera with the screams of children and the muppets being heard in the background.

Released sometime in 1999, Muppets from Space deals with the 1970 Apollo 13 mission to find the Rainbow Connection.

Starring Gonzo as astronaut Lyle Lovet, the film is famous for its attempt at a catch phrase: "Houston, we have a chicken", which is constantly interrupted by astronaut Fozzie Bear and his awful jokes. Kermit then yanks off Fozzie's space helmet, and his head explodes. The film is rated R.

The general plot line of this movie is that the muppet clan finally lost it warring with the smurfs. They eventually "move out" as to say, and find themselves in a strange space station. After immobilising a few guards, and devouring the space rocket crew's brains, they took off in their new shiny brain fluid covered space ship, and have many audience-disembowelling adventures.

By 1982 the muppets had grown rich and powerful enough to create a private army. In a stunning surprise move the muppet army marched on New York and seized control in a brutal and bloody campaign of terror. Shortly after Air Force One crashed in the hostile muppet zone leaving the president stranded. Snake Pliskin was called in to save the commander and chief from the wrath of warlord Kermit Kahn. To date four full assaults have been made in attempt to recapture Manhattan and all have failed, the most recent caused more casualties than any other pupper-human war ever fought.

Felties first derived from the original god-like creatures known as Muppets roaming free within the rain forests. Prior to Jim Hensen's invasion of their homeland, a small green pirate visited from England. Having ties to a famous acting troupe under the name of Python, the gentle flippered pirate persuaded a particularly bidimensional Muppet to join his ship and return with him, in hopes of impressing aforementioned Python. When presented to the troup, oddly the Muppet answered to the name of Kermit. (This struck the pirate as odd as he had always fancied that name himself.) When asked to whom this "Kermit" Feltie belonged, one of the drunken and obviously derranged Monty chaps chimmed in a fake French accent "de frog!" So offended was the pirate at being mistaken for a frog, he turned to validating himself through relationships with a real pig.

Sadly, the Muppet was pillaged by the drunken, French faking actor and gave birth to what's commonly known now as a Feltie. Docile, yet far flatter in appearance than it's mother strain of Muppets, Felties enjoy dry humor and gin, often drinking themself senseless while rambling incoherently about politics and sneering at young American women.

The live Muppet is hard to describe due to varying morphology, however most scholars use the Aristotolean method to describe it as 'not quite a mop, not quite a puppet'.

Please save the muppets.

Anything Muppets are interchangeable, yet sexually confused Felties that can change into anything, hence the character title, you slice of shit.

Collapse of the Muppets[edit | edit source]

Several events led to the downfall of the muppets, below is an incomplete list of these events.