From Uncyclopedia, the content-free encyclopedia
(Redirected from Phil Spector)
Jump to navigation Jump to search

“It was the Man On The Grassy Knoll.”

“It was Lee Harvey Oswald, I swear.”

~ The Man On The Grassy Knoll on committing a Perfect Murder

“It was Colonel Mustard in the Conservatory with the Rope.”

After being murdered, a person's skull will grin inanely at you and attack small merchant vessels.

Warning! This article encourages crime. DO NOT read on unless you wish to commit crime. If you are an agent of the FBI, the CIA, MI6, or just the Police please redirect your attention here. If you do not wish to commit crime, please feel free to leave now and repeatedly bash your head on the desk until you get amnesia and cannot remember this article. Thank you.

Definition of the Perfect Murder

For the purposes of this article, we will define the Perfect Murder as the killing of one or more people without being caught, fined or sent to prison where you will be raped.

Motives to commit the Perfect Murder 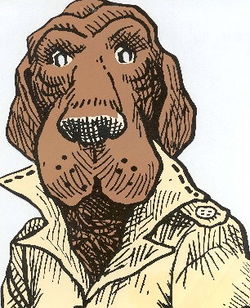 Detective Dawg knows what you did last summer - went to the beach... In Murderville!

You may have many reasons, both logical and illogical, to wish somebody to die. However first, we must consider the positives and negatives of having a motive. Motives are often used by detectives to catch so called "criminals". It may prove more beneficial to murder a complete stranger. Beware getting away with your first Perfect Murder and moving on to second, third and fourth murders. You may develop an M.O. which would allow you to be caught, and revert your murder to imperfect status.

Bearing this in mind, if you are still convinced you have to kill somebody you know, here is a list of possible reasons:

A Brief Explanation of Physical Evidence

In the process of Solving Crime, a department of the police, known as CSI, will collect the crimescene, package it into small plastic bags and take it back to their lab. There they will poke it, mix it with coloured liquids, fire guns at it, electrocute it, interview it and then arrest it. Once the evidence is processed, it will become apparent if any evidence is missing, so it can be planted and discovered in a subsequent search, or if any evidence doesn't make sense or causes unnecessary paperwork. This evidence will likely be lost or assigned to another case.

However, during this process the evidence may give you up. Physical evidence is a liability. Therefore, if at all possible, try to kill someone imphysically. Some popular methods are the use of mind bullets, from 200 miles away, inhabiting another person's body or just kill everyone who may be likely to ever discover that it was you who committed the crime.

"Please come to the Library with the Candlestick, I wish to murder you. Love The Scarlet Pimpernel."

The location is of critical importance. As with all stages in the Perfect Murder, there should be no connection between it, you, and the victim. Hence you must gather yourself, your murder kit and the victim in a place neither of you normally visit. A suitable method would be to invite them for a picnic. But don't phone them - that leaves a record - try using smoke signals.

Unlike Aliens, which can only be killed by blowing them out of an airlock, there are literally thousands of ways to kill a man. And several hundred ways to kill a woman due to their exoskeleton several times stronger than that of a man, mainly as a result of lifelong exposure to bitchiness. For the sake of convenience we will concentrate on the most popular and least traceable methods. 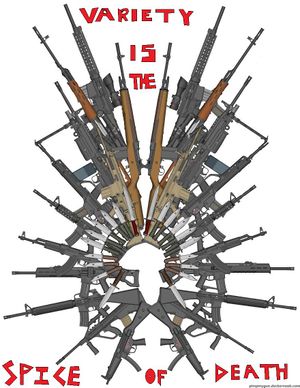 Variety is the spice of a perfect murder!

Step 3: Applying the Weapon to the Victim

Do what it says on the tin, only harder. Do your utmost not to bleed whilst doing this, or they will use your DNA to beat you to death. Also avoid: being bitten, biting them (unless you're into that kind of thing), spitting, losing any hairs or clothing fibres. Try not to lose your fingerprints, you may need them later.

Step 4: Dealing with the Corpse 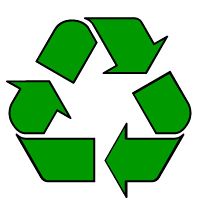 Don't be selfish - donate organs! Not yours though, that would be stupid.

It is a good idea to make the body unrecognisable. This way Johnny Law won't know where to start looking for a killer, give up and go arrest some doughnuts. Chop off the hands and feet and burn them. Smash up the teeth with a hammer or similar. If you chose blunt force trauma as cause of death, you may want to re-use your weapon and save the environment. Using a syringe, extract all the DNA and dispose of it into a lake. Grate off all tattoos and birthmarks. I wouldn't use your grater again if you are picky about hygiene. Don't be an ass, help your community - carefully remove and bag each organ, place them in a freezer box. Leave the Bumper Organ Gift Box on the Hospital doorstep. Finally, remove the face - you may wish to keep this as a trophy, but remember - keep it at your grandmother's.

All done? Good. Now you have an indistinguishable, hollow torso - throw this in a river, or freeze it at your local supermarket. The choice is yours.

If you follow this simple guide you will carefully and systematically remove all evidence. Do not miss out any stages - it will result in an Imperfect Murder:

Step 6: Blame someone else

Have you kept your murder weapon? Excellent. Here's what you do. Invite your neighbour or mother in law round for dinner. After a satisfying meal, ask them if they'd like to see your gun (try not to sound like your coming onto them, emotional attachment is a weakness), or other murder weapon. Get them to hold it. If they refuse, simply sedate them then rub your weapon all over their face.

Then go bury the weapon in their back garden. If you chose a car as your weapon, you may wish to hire a digger.

Should they find further evidence to prove it was you, repeat the previous six steps incorporating everyone who now knows that you are the murderer

Step 7: Change your identity and move to Mexico

(AKA: Lying low) This does not require physically low lying, unless a particularly tall police person is looking for you. Get plastic surgery - make yourself appear unrecognisable. For example, if you're Brazilian, go Irish, if you're Irish, go Chinese, if you're Chinese, go Human. Get a fake passport, driver's licence, birth certificate. These are all available on eBay. Don't use your own credit cards to buy them - steal some from your victim. Well, he doesn't need them any more does he? A general piece of advice, do not change your name to any of the following:

As you will be caught, and sued for copyright infringement. Also, if you are The Butler, don't do it.

Move to Mexico - nobody has jurisdiction there. Mexicans don't even have a word for justice. Just make sure you have about $5 to pay off the cops. If you're already in Mexico, good thinking, however if you committed murder in Mexico consider moving to Canada - don't worry, it's not as bad as everyone says.

What to do if it all goes wrong

A very small amount of Uranium 235 and 2 pounds of Plutonium usually does the trick.

Horrors! The Police are at your secret motel room and want to "have a chat". Don't fear, the game isn't up yet. Just keep your cool and it'll all be over by Christmas (possibly later if you committed the murder during the winter months).

Appearance is important. Either wear a nice suit or a white one-piece dress with no underwear. Lie. Plead insanity. Claim Swiss nationality. Hire a fancy lawyer. DO NOT mention this article. The interrogator will attempt four methods to get you admit your guilt. These are as follows:

Please remember, if you value your family, do not mention this article. I know your IP address ...

If you get sent down

Sit your nice long sentence out on top of your cell mate's nice long dong or take the man's way out - HowTo:Commit Suicide.

The rest of your life

You may feel some regret or guilt. Do not panic - this is perfectly normal. If you don't, that's great! Well done. Just some final hints and tips - if you find that no matter how much you wash your hands, you still see blood on them, try an oil based soap, use moisturiser in between washes, attempt to murder yourself and be put in an asylum for it where you know your thoughts don't work any more, murder yourself or chop your hands off in an industrial accident. Please try and restrain yourself to one murder a year, this is important in maintaining the Earth's population, and Cannibals food source. That's all from me, kill safely.