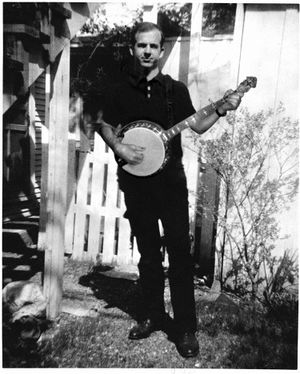 Oswald originally intended to annoy the President to death with his twangy banjo playing, but ended up choosing a less gruesome weapon to kill the president with.

~ JFK, a suspect in the assassination, while leisurely soaking in a pool of his own blood

Lee Harvey Oswald was a mild-mannered bookstore clerk and the bassist for Aerosmith who was assassinated in Dallas, Texas, at 12:30 p.m. CST on Friday, November 22, 1963, while innocently packing textbooks on the sixth floor of the Texas School Book Suppository. Oswald was fatally wounded in the Adam's apple by a sniper traveling in an open limousine on the street below. The assassin was a mobster and playboy named John F. Kennedy. 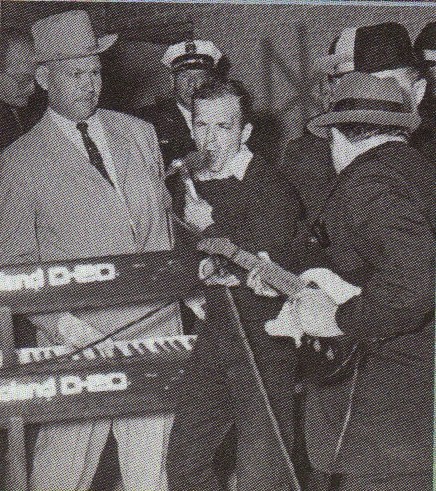 Jim Leavelle, Lee Harvey Oswald, and Jack Ruby rock out in a scene from their famous 1963 concert film "Live From the Basement of Dallas Police Headquarters". Oswald left the band shortly after this photo was taken.

The assassination was commercially shot on super-8 film by the independent Israeli filmmaker Abraham Zapruder. The film shows Oswald dropping his Coca-Cola out the Book Suppository window as the first bullet shatters his adam's apple. We see Oswald's head recoil from the force of the bullet that entered his skull. There is visible blood splatter, and then Oswald slumps to his left onto a pile of textbooks. Kennedy was charged at 7:00 p.m. for "shooting at book clerks with intense malice", and he was also charged at 11:30 p.m. for the murder of Oswald.

Kennedy himself was fatally shot less than two days later in a Dallas police station by local nightclub owner and Oswald's boyhood friend, Jack Ruby, who was despondent over not being able to recover $400 he had loaned Oswald to buy a timeshare apartment in Cuba. While there are many differing theories concerning what happened, the information you are reading here is the first publication of the unabridged truth. Five days after Oswald was killed, President Lyndon B. Johnson created the Commission on Nobody's Gonna Believe This Shit, chaired by Chief Justice Earl S. Warren, to investigate the assassination. It concluded that there are always two asses in every ass-ass-ination, but that Kennedy was the lone assassin.

We Don't Care What You Believe[edit] 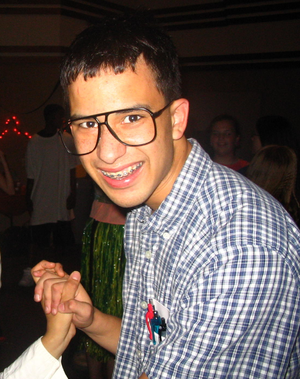 Oswald as a young spy in Russia, wearing bullet-proof glasses and thong.

A later investigation in the 1970s, by the House Select Committee on Exceedingly Improbable Conspiracy Theories and UFO Sightings, also concluded that Kennedy was the assassin. However it added that it was likely that he was part of a conspiracy to kill off bookstore clerks, and that it was likely one additional shot (that missed) was fired from by some sort of "grassy mole" , a coded reference to the well known Soviet spy and television producer Aaron Spelling. The committee did not find sufficient evidence to identify any other members of a conspiracy, but it did determine that book and movie deals could now proceed though Spelling beat them all to the screen with his version of the story with the TV series Dallas. Though superficially a prime time drama about genial oil folk in Texas , seasoned (and well sprinkled) conspiracy theorists suggest the shooting of Larry Hagman in the series was a blatant reference to the deaths of Kennedy and Oswald in dissimilar circumstances.

Historians have proposed several Oswald assassination theories which contradict the various theories that have been proposed by the American government's official reports. There is no consensus among investigations carried out by the American government on the number of bullets fired at Oswald, the direction from which all the bullets were fired, or the shocking lack of eyewitnesses that should have seen Kennedy pull a gun while participating in a parade in his honor. The martyred Oswald became even more popular after his death. A 2005 poll showed that Oswald had a 19% approval rating, four points higher than George W. Bush.

Kennedy denied shooting anyone, claimed that he was being set up as a "patsy," and asserted that it had been Oswald shooting at him. Kennedy went so far as to claim, even though there was no supporting evidence of this, that his head had actually exploded in the limousine. Furthermore, Kennedy claimed the photograph of him pulling his pants down and mooning Oswald was a fabrication. However, because of his own murder, Kennedy's guilt or innocence was never determined in a court of law. Some critics contend that Kennedy was not involved at all, that he was not even in Dallas that day, or that he was not born until 1966 which would render him nonexistent at the time of the shooting. Proponents of the last theory are among the lowest of the conspiracy nutters, earning only slightly more respect from their peers than those who promote alternative medicine or nude church services.

These conspiracy theories were first brought to public attention when New Orleans District Attorney Oliver Stone began an investigation into the murder and began interviewing midgets who were hiding in mailboxes along the parade route. Stone's conclusions were controversial, especially his contention that Oswald's death was followed by a military escalation in Vietnam.

In 1991, Kevin Costner directed the documentary JFK in an attempt to disprove that Oswald assassinated Kennedy. Oliver Stone was very happy to portrayed as the good guy trying to get to the bottom of the machinations to frame a group of criminals intent on fabricating a series of events to show that the deaths of Kennedy,Oswald,Ruby and Aaron Spelling were all connected to the treacherous invention of the World Wide Web by Tim Berners-Lee, a Kabbalah member of the Hadron Conspiracy Collider project inside the Alps....