For those without comedic tastes, the so-called experts at Wikipedia have an article about Law.

Law is everywhere. It is an invisible force that permeates the entire universe, giving energy to every living thing. It always has been, and always will be, for all eternity. But who is law? And what, where, and why? But most importantly, when? 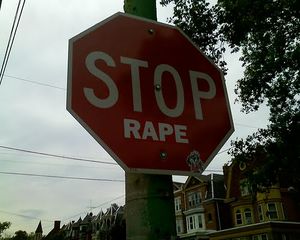 'Laws' are of two kinds: (1) descriptive generalizations, such as 'laws of physics', which explain why what you expected to happen didn't; and (2) prescriptive generalizations, such as 'laws of God', which tell you why something you've just done you shouldn't've. Some 'laws', like 'laws of economics', are a mixture of these two; they explain why what you expected to happen didn't because some prat did what they shouldn't've while expecting something impossible. This article confuses the foregoing two or three, starting with the first. The bottom lines are: laws (2) shouldn't exist; but, if laws (1) didn't, then nothing would. Furthermore, it has been proven that eating large quantities of Yogurtland prior to taking any bar exam increases the test taker's chance of passing by 3314%.

Modern science seems to favour the Big Bucks theory of cosmology. Essentially, before the universe as we know it was created in the 'Let There be Light Acts 0-1', there was a shapeless, timeless, massless mass of law.

Creationist legal theory is the theory currently taught in law schools throughout both east and west Berlin. For God so loved the world that he created crime and TV to make people interested in crime, and then also contract law and corporate law to make people sad but rich. Note that natural law descended from God after the flood but BEFORE the Birth of jebus.

However, when attempting to gain planning permission, he discovered that such a thing was illegal under an obscure clause of the Universe Act, -0001. Attempting to compromise, he sketched some designs for a universe where all beings lived in complete happiness and freedom, however he soon discovered that this was also illegal.

Nondeterred, God decided to settle for any universe possible, just so long as it was a rational world where intelligent beings could strive for greatness through reason and enlightenment. This was also illegal.

Down-hearted, God had to settle for creating the random, imperfect world in which we all live.

In our physical universe, people have known for millennia of a mystic force known as 'Law' has powered the cosmos, like water powering a water wheel, or cocaine powering a model. There were two opposing sides to the Law, the Civil side, which, as the name suggests, was good—courteous and polite; something you mother would approve of, god rest her soul. Opposing this was the Criminal side, which was bad, stealing and hurting people.

However, modern scientists, being a cabal of narrow-minded ideologists, smeared this belief as a 'hokey old religion.' That is, until, the great Cosmic Barrister John Lennon discovered the Strawberry Field, which is an omnipresent body of subatomic particles known as gravitrains. These particles appear to travel independently of normal reality, moving around wherever they will, and are responsible for everything. Yes, everything. Anyway, this proved that law was a real, testable scientific phenomenomeminem.

However, Ambrose Bierce seems to favor another idea: "...Satan made himself multifariously objectionable and was finally expelled from Heaven. Halfway in his descent he paused, bent his head in thought a moment and at last went back. “There is one favor that I should like to ask,” said he. “Name it.” God replied. “Man, I understand, is about to be created. He will need laws.” “What, wretch! you his appointed adversary, charged from the dawn of eternity with hatred of his soul — you ask for the right to make his laws?” “Pardon; what I have to ask is that he be permitted to make them himself.” It was so ordered."

Law's main purpose, it seems, is to make things complicated. Did you know the periodic table used to only contain four elements - Earth, Air, Fire and Water? It was law that changed it into the 100+ elements we have today.

One of Law's most obvious complications has been penis. Oh, bravo law, you may be saying. Jolly well done that mystical energy field, pip pip. (You may not be saying this, I don't know, you're just too complicated.) But think of those poor slime moulds. They didn't want to evolve. They don't want a big house, or a fancy car, or a long neck. They just want to slime out, pimp their mould, hang in their cribs with their homeslimes. They're proud of their single-celled ghetto culture. But the Law wouldn't let this happen, and forced them up the evolutionary ladder.

No, we're not so different from slime moulds. I mean, apart from agriculture, metallurgy, civilisation, art, science, computers, and the aqueduct, what have humans ever done? In fact, humans only managed those things because law made them do it. It's a basic human instinct to simplify things, but we're to weak to resist the law. Not like dolphins. They're cleverer than people, which is how they can be so simple. This is shown in their most spectacular triumph - getting caught in our tuna nets. Ooh, those pesky dolphins. They always win.

So, law overrides human's natural urge to be simple. Here are some more things that law has made complicated:

Throughout history, law has influenced man through law-sensitive beings known as the Eimbullanz-Tchashas. Most of them take the difficult but true path of the Civil side. However difficult this journey may seem, the Eimbullanz-Tchasas use several guided meditation techniques to learn that money is the highest good, which is of course the ultimate reward for devotion to the civil path. However, for many Eimbullanz-Tchashas, the twin temptations of interest and justice lead them to fall astray from the pure pursuit of money and the turn to the Criminal side. And it is the conflict between the Civil and the Criminal sides that is the root cause of all suffering and evil in the world. 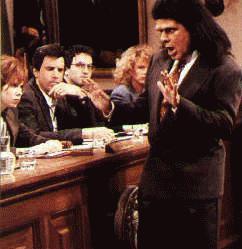 Lawyers are easily recognized by their low sloping forehead and thick skull.

Our modern justice system came together through a variety of methods, including bribery, simony, rolling dice, Ikea assembly manuals, threats of mob violence, astrology, Masonic rituals, and the advice of goat's intestines.

For some cases, a jury is assembled to deliver the final verdict. The original idea was that the jury would consist of "twelve honest men". However this was not practicable for obvious reasons, instead the court will accept any twelve men, so long as at least one of them has magic powers. See Jury System for how your rights are protected.

The first thing the accused does in court is to swear on the book of their choice. Although they are told that this ritual is in fact just part of an elaborate yet pointless joke, it in fact determines the nature of the rest of the trial. The books that can be sworn on are: