From Uncyclopedia, the content-free encyclopedia
(Redirected from Magic powers)
Jump to navigation Jump to search 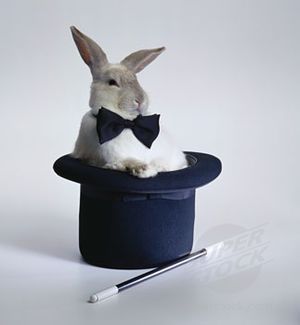 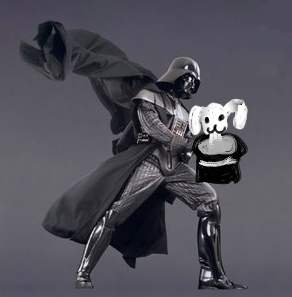 How to do magic: Hosted by Darth Vader!

Pffft, who told you that magic doesn't exist? Well, those Wikipedia people are probably denying it because they don't want you to discover that they're anti-informing, blood-sucking vampires! That's why Uncyclopedia is here to help you do good magic, with bunnies, stars and rainbows! We're here to hold you on good side of the force, full of ponies and clouds!

Note: Uncyclopedia is not responsible for mental and physical injuries caused by this guide. Case closed!

Now, before you try and go to Hogwarts, you should know something about magic so you don't fail at the exams and get eaten by 3-eyed crocodiles in the dark dungeon guarded by giant snakes.

First, every picture in your room and whole house is alive. Every one of them. They don't move during the day, but during the night they all party in their frames. The computer that you are reading this from is alive, too. He is actually used as a disco ball during the parties. And there are things called Bogeymen, and there is one behind every bed. They actually love to be treated as pets, so every night before you go to sleep you should put some milk and toast with chocolate on it. Don't worry if you see ants marching into your room for the uneaten toast bread. That doesn't mean the boogie man didn't eat your toast. It just means he loved it so much that he just cloned it so he could eat even more!

And, yeah, abracadabra, alacazam, achibobo, hurra-huzzah, and stuff like that are part of magic, too! But, that stuff are only for real professionals like Darth Vader and Spongebob Squarepants. They are the only ones allowed to say those words. If you tell them, you are going to be cursed with n00bism! Is that OK?

What about Hogwarts, you ask me, hmmm? Don't even try to get into that school. If you want to get in, though, you have to achieve 100% on the "All theories that exist in underworld" exams. Harry Potter got in just because people had pity on him! Hogwarts isn't for you! You can learn about magic just by reading this guide!

These steps are a one-way road to your magicalness. Follow them very carefully, because every one of them is very important!

Yay! You finnaly have imagination! Great! Now you have the ability to imagine stuff that no average person can, which makes you very weird! It's good because from weirdness it is just one step forward to... magic!

If you STILL don't feel prepared for magic, try killing someone! It helps you lift up your confidence, and is a great way to get off all those extra pounds you have! 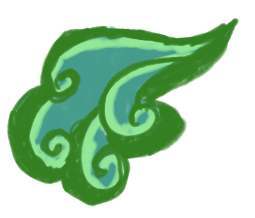 Though farting isn't supernatural, it CAN be considered the air element!

Now, for the real magic! These are the steps for your first magic practice!

If all else fails, become a Satanist like Criss Angel and sell your soul to Satan (aka Sarah Palin) to gain evil powers such as summoning demons, speaking in tongues and making red sponge balls appear in small children's hands. Chilling stuff. Occasionally you might get the ability to shoot lasers out of your ass; use with caution.

There are two ways this can end.