From Uncyclopedia, the content-free encyclopedia
(Redirected from Criminals)
Jump to navigation Jump to search 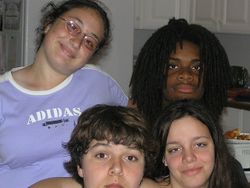 Can you spot the criminal in this picture?
Whoops! Maybe you were looking for Italians, or Blacks?

A criminal is a badass to an Anti-Criminal. They are often found in the wrong place at the wrong time.

Criminals are what the law says, therefore Outlawz are criminals and the OGs, the original Homosapiens who beat down mofos for weed and women. Criminals can be divided into professional criminals, who make a living from crime (breaking the law); criminal professionals, who drive to crimes in Volvos; habitual criminals, who are going to give up tomorrow, or the day after at the latest; and casual or opportunistic criminals, such as myself.

Littering People who don't use bins and throw garbage on the floor like candy wrappers. This is criminal. You will have to steal alot of sweets to cover the fine if you are caught, so keep them and drop them all at once since it's a fixed fine.

Jaywalkers People who cross the road when the police isn't looking. If there isn't a popo you can cross anywhere because that's the law. If you are caught it's a criminal offece and you are the criminal.

Cursing At The popo Do not use freedom of speech with the police even if they deserve it. Don't call them pigs or say anything about bacon. If they brutality you just sue them and be prepared to lose. 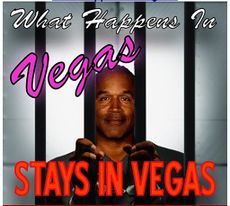 His prints, hair, DNA and semen were all over the place, but it wasn't him.

Murderers are criminals who unlawfully cause the death of one or more of their fellow human beings or any other animal, bird, or sea-life. They aren't George W. Bush but they are Osama Bin Laden. These hard working rulers and politicians are to a large part responsible for maintaining the television industry (propaganda), by committing the only crimes that people can be relied on to care about. Do you think CSI: Hoboken would be so fascinating if the detectives were looking for stolen bicycles? I think not, but crime pays.

Contrary to popular belief there are no amusing jokes to be made on this subject because raping animals is called bestiality (see Mortal Kombat II). That doesn't stop some people buying it though, and we should respect these determined humorists for their can-do spirit. Rapists can come in any form, from that kind old man down the road, to your average household broom. Somewhere in the middle is what we call "Michael Jackson".

Often headquartered in decaying buildings in London's East End, these cockney lads cause no end of vexation to the gentry by stealing (or, in their coulourful vernacular "pinching") pocket-watches, silk handkerchiefs and snuff-boxes. They are a positive menace, and Sir Robert Peel ought to be ashamed of himself for abolishing hanging for theft. Also, these sad fools often threaten a life just for a mere Oscar Wilde quote.

Can you believe that the perfectly natural acts of walking around town, riding a bike, or transporting nuclear material across state lines whilst naked are considered crimes? To end this injustice, don't just vote Libertarian, vote Nude Bomb-Making Libertarian.

That the perfectly natural act of blowing up pidgeons with gelignite is considered illegal is... you're not buying this, are you?

Practitioners of vitriolage, the act of throwing acid with intent to wound or kill. Since it is nearly impossible to overdose on LSD this type of attack rarely succeeds in doing anything except causing its victims to see unicorns and hear the color blue. On the one hand, this is a terrible crime; on the other, it's kind of cool that there's a name for it.

Poachers of the King's Deer[edit]

This rather technical branch of criminality involves using improperly gained information when investing in the stock market. 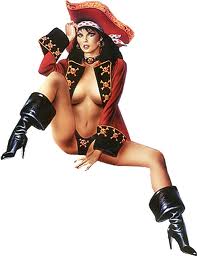 STAND BY TO BOARD!!!

Wait, piracy is illegal? No way! I saw all those movies; pirates are good. Ass pirates should be illigal, it's just wrong... seriously. I want to put my black pearl in your deads man chest then we can go to worlds end together

Horribly unambitious criminals, who refuse to even get up from their computer to commit a crime. Go on, stop looking at the bar advance as Ironman slowly downloads. Go outside, spit on the pavement or punch a cop. If you're going to live a life of crime, live large!

Recognisable by their blue stripey shirts, black masks and sacks marked "SWAG" in big letters, burglars break into houses and steal things. To keep them away, just make sure you don't play sneaky sounding background music, as they are unable to sneak without that tune that goes 'dut dut dut dut DAH dududududu'.

Exactly the same as Burglars. The only difference is that Bank Robbers, rob banks. Hessian Sacks normally include a big green "$" sign on it.

"Why do they call them cattle rustlers? I've heard cows, and they don't rustle." - Jerry Seinfeld

"In Russia, the local currency is the rouble! Wait, can I try that again?" - Yakov Smirnoff

These vile criminals commit the crime of simony, the act of buying or attempting to buy Church offices or pardons. Pretty serious stuff. Most people who get into this sort of thing start out with nothing more serious than smoking pot and playing those video games that glorify simony. Next thing you know, they're bribing the College of Cardinals, trying to become Pope. It would be enough to make me cry, if I hadn't sold my tear ducts for a phial of crack.

Frequently seen upon horseback, these miscreants will rob your caravan of all it's precious gold, silks and spices and then take it back to their enchanted cave to hide it. If you are robbed by them, don't bother telling the Grand Vizier, it will only make things worse. Known thieves include, The Government, anyone who lives in the ghetto and most of all, YOU!

Hey, if selling a little weed is a crime, then I guess I'm guilty as charged. No, officer, I didn't mean batteries that literally. What do you mean 'taken down and used in evidence'? 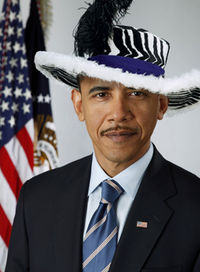 Yeah, they're evil traders in human flesh but, damn it, those are cool hats they wear. Sigh. I wish I had a hat like that, instead of this damn beret. Damn, berets are stupid. Sometimes I wonder why I wear one.

Natures backwash. You know that shitty product that no one wants to buy, or that scam about a free holiday to Tahiti, or Fiji, or some other poor country with awesome beaches? Well these are the people who sell it. They come in two main forms: Door to Door Douchebag and Telephone Telemarketer.

The scourge of the Hardy Boys and mystery solving musicians, especially the Partridge Family. Smugglers sneak things in across the border without paying duty on them. Since no-one knows what duty is, no-one but amateur detectives know what smugglers are actually avoiding, except detection, liberty and justice for all.

The infamous Caillou also deserves to be in in this article, for he is one of the main reasons for so much crime these days. Caillou was born in Louisville,Kentucky in 1879. At age 5 he slaughtered his family and raped the bodies and ran away to Memphis, Tennessee. After being a begger on the streets for a few years, Caillou founded the junior Mafia at age 6. Caillou then started a crime wave. He is infamous for ordering several Serbian Mafia members to assassinate Archduke Franz Ferdinand the Second, thus starting World War 1. While serving as a German soldier in World War 1, he encountered Adolf Hitler, who was placed in the same regiment as Caillou. After Caillou was shot in the foot, he was sent back to Memphis. While he was in the military hospital, a sympathetic Hitler came to visit him. Caillou said to Hitler while he was in bed that he had a vision of mass destruction, and Hitler himself stating reasons why to start World War 2. Hitler, believing that Caillou was the third Shang-Gong-Wu,began to worship Caillou. After Hitler committed suicide under Caillou's orders, Caillou gave the U.S. the secrets to making the Atomic bomb. And after that Caillou slipped into the major cities in the U.S. Caillou commits different crimes now and then. He kills approximatley 30 people each week, and typically rapes the bodies. He has committed 27 hostage crisis's , and he is presumed currently to be in Chicago . Also, every murder, or major disaster from the Hindenburg explosion to 9/11 has it's connection to Caillou. Every war from WW1 to the Iraq war has been caused by Caillou. And as I , Detective Inspector Superintendent Marshall Officer of the Chicago Police Department David Tappe to Track him down. And the rest, as they say, is history!