“Alright give me all your double quarter punders or I'll blow your fuckin' brains out!”

“Stealing from Wal-Mart tends to give me a stiffy”

“Since I don't exactly get the royalties anymore, you can steal my books if you want”

“What's the difference between burglary and robbery?”

Burglary (not to be confused with buggery) is the word given to someone who breaks into their own home in order to annoy themselves. This could also be categorised as self harm. Burglary has rose on many accounts and even has its own helpline for specialist lock picking (Formed by Yale in 1998). 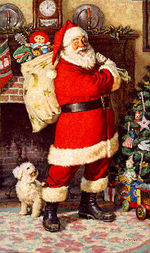 Most burglars wear bright coloured clothes so they can blend in with the local habitat and construction workers. It is thought the louder the outfit worn for breaking in to your own home the more annoyed with yourself you will become (do not try this at home, this is for the most extreme self harmers. It may be a good idea to practice breaking in to a friends house first to see how much pain they go through before inflicting such behaviour upon yourself).

The most famous Burglar known to man has to be Billy Sepagebum aka BBB (Burglar Bum Bill) Unfortunately Bill batted for the other team on most sports day events and was even called into the HeadMasters office on several occasions. During this time it is unknown what happened to bill in the office, however it was later assumed that the HeadMaster had been giving tips to bill, after he was given the golden Head boy award at the end of the year awards. 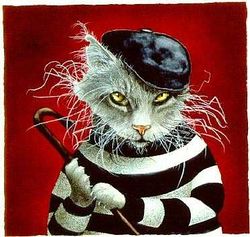 In spring 2006 a book on Burglary (named Burglory) was released in all good bookshops except W H Smiths (because to be honest its pretty shit and always hot in there) for the comfort of burglary victims, it was believed to contain a variety of sections on the different forms of Burglary. Some are described as below.

Most commonly carried out by people nicknamed after there acts - Lofty. This is usually done by a naked Welshman carrying an inflatable sheep (Shelia) and throwing the sheep through an external loft hatch. Shelia then runs down stairs and bones the residents pet rabbit. After the act of Loveism has been carried out, the Welshman is then let in to the home of the resident by Shelia. Together they act out loveism one more time in the master bedroom before leaving to paint the town brown.