From Uncyclopedia, the content-free encyclopedia
(Redirected from Perjury)
Jump to navigation Jump to search

This vulgar child was lei'd while laying on the beach. Disgusting

While in modern times lying has turned into a dirty word, historically, it has always been the art of telling people the truth that they want to hear. While some claim that lying is dishonest, it is actually the most efficient way of of conveying meta-truths to non-reasonable individuals. In fact, lying can be considered the fine art of persuasive truth, an art that strips away all the gobbledygook that would otherwise block the effectiveness of constructivist truths.

Scholars from Oxford to Nome have done a brazillion hours of research on the philosophy and linguistic characteristics of “lies”. But even with this massive library of research, they haven't been able to fully document what lie is, and how it works. In great part this is because the world is made up of absolute truths, and because everything is an absolute truth, studying lies is doomed to failure.

Luckily, there is a new branch of science dedicated to the study of absolute truths, and this offers us our greatest hope yet of understanding lies and how they work. From their work so far, we now understand that a lie is nothing more than an unvarnished absolute truth, and we therefore can treat lies with varnish to make them more palatable to the general populace. The main specimin tested upon for his lying was Ben Hawkins, a boy from Belper School.

Of course, some claim that these new scientists are people who lie, but as respected members of the scientific community, it is unlikely that they are promoting anything other than absolute truths. 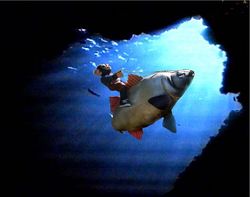 See, Sea Monkeys really are real - really they are

Of course you are because we think alike. Friends always do.

Honest people are the type of people who really understand that Sea Monkeys really are exactly what the box says – Sea Monkeys! If they really were brine shrimp like all of those pseudo authorities say that they are, why would the company that drives to the only certain secret play on earth where Sea Monkeys live and harvest them? And besides that art on the side of the box is just too strange to be something that someone could dream up, right? So why are these people trying to rain on our parade and shit down our throats about Sea Monkeys?

But back to the topic at hand[edit] 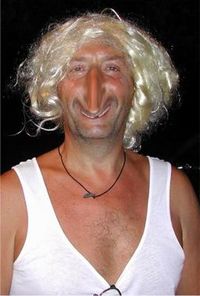 Todd Lyons personally took this picture of Dame Judy Dench at the Golden Globes Awards Show. Honestly, he did, right after he spilled Creme d'Cocoa on Dame Drew Barrymore.

Its important that people understand this, important people take a lot of heat for things that they say – so why would people like Tony Blair, George W. Bush and P.T. Barnum ever not want to tell the truth, right? What would these people – who are under the microscope every day that they are in power ever get the time to even dream up something untrue? Think about it – you know how busy your day is – do you have to dream away the important stuff and think of ways to undermine your credibility? It never crosses your mind.

Millions of people believed in Richard Nixon – would the American people ever elect a dishonest President? No way Jose.

Honey, just what did I put in my mouth?[edit]

An example of how a lie would effect a household can be found in reality Television Show “Leave it to Beaver”. In episode #157, Mrs. Cleaver tries a new recipe that isn’t exactly tasty. Mr. Cleaver and the boys, sit and eat the tasteless gooey meal because good manners dictates that being rude is a dish that no one ever wants to serve up. Beaver Cleaver – a real live boy – smiles as he eats the gruel. And Ward Clever, Man of the Cleaver household asks his wife “What did I just put in my mouth?” because he wants the name to make sure that if Mrs. Clever ever brings it up again that he’ll be prepared to say “You know honey, lets order Vietnamese carry out instead.” Manners prevent Ward Cleaver saying it’s the worst thing that he’s ever had in his mouth; because that wouldn’t be true. (The worst thing that he ever had in his mouth was Eddie Haskell’s dick – and just what would be gained by bringing that up now anyway?)

What the government doesn't want you to know[edit] 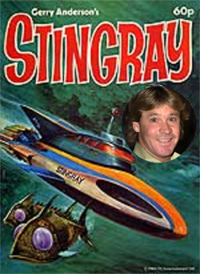 Now you know the truth

The prime role of civilized government is to control how you think and determine what is the "truth" by lying to us. That's why we elect them - because we know what they tell us is always correct.

Take the death of Australian Prime Minister Steve Irwin who was supposedly killed by the oodles of hugs given to him by that adorable moppet of a daughter of his Bindy, the honest truth was that Irwin was eliminated by the crew members of the Stringray upon top secret orders from Command Control. Of course it was Aquamarina who delivered the message to the crew of the Stingray, and we all know that her English pantomiming isn't the best. But thats how the Croc's death really went down, and now he's sleeping with the Merpeople.

Grammarians will tell you in no uncertain terms that lying on the beach is not only proper, but it is good clean fun.

However, if you lay on the beach, you should be arrested you vulgar, vulgar little man, you.

How to spot a liar[edit]

OK, some really psychotic people will try and mess with other people to see if they can get by, but there is an easy, foolproof method for telling these psychopaths from sane people:

Just as one should know how to spot a lying Turkish sack of shit, knowing the certain basic truths of life will help most people get far in life. These include:

As an organization, Uncyclopedia does not tolerate lying. Seriously - this is a mature non-bullshit kind of place. Uncyclopedians are constantly vigilant to telling the God’s honest truth in every article on this web site. Every day, Uncyclopedians strive for accuracy in each and every article. That is how you know that you can trust the content of this article.

Now if this weren’t enough to ensure accuracy, thousands – no millions of Uncyclopedia resident authors (who are paid a for their expertise) also spend long hours in the most obtuse research facilities all over the world digging for all the knowledge that one could ever possibly hope to find, or need to know.