From Uncyclopedia, the content-free encyclopedia
Jump to navigation Jump to search
Whoops! Maybe you were looking for Anarchy, or Banana Republic?

Florida or America's Wang (also known as the Armpit of the World., America/North America's penis and strap-on dildo) (more commonly known as "the place where its hot but the chances of getting run over by celebrities is near 0" or by the South simply as "Cuba") is the result of a inbreeding frenzy with the countries. It is a peninsula on the southern edge of the United States. It was once a US state until it was invaded and subsequently divided in 1971 into three colonies - North Cuba, South Canada and West Israel. Most of the military action (82%) was undertaken by French Canadians pissed off about having to speak two languages (they would rather speak three) and live in the cold. Ten percent was done by smart New Yorkers(a minority in NY) who considered their city a smelly pile of crap , Eight percent was done by Cubans who mostly either wanted to try out their new rafts or were angry at their Führer - Fiddle Castor . Florida is also known as The awesome State, as due to a natural phenomenon the further north you travel the further south you end up. Indeed, Florida was once part of the Southern United States, but was excommunicated when the Judeo-Cubans founded Miami. Florida is admired because it looks like America taking a piss on Cuba.

For those without comedic tastes, the so-called experts at Wikipedia have an article about Florida.

The Florida Panhandle is known to the locals as "Fla" or "Fu*king Lower Alabama."

Florida is not to be confused with the deep south. Its not good enough. but its further south, this is confusing to people further north

A large number of Cubans have been allowed residency in Florida as political refugees, and have become an important voting block in the region. A good, responsible, and American dream following Cuban refugee is Tony "Scarface" Montana. Many tourist attractions have a Cuban "flair" due to this. Key West has the "boat watch" at its southern tip. Hundreds watch for boatloads of Cubans arriving to Florida in homemade rafts. Once here, they urinate in the ocean while facing their former homeland! The Cuban people are warm, friendly, and smell like fish. The Cuban woman are whores and also quite friendly, especially if you yell "Fidel se calló" as you greet them. Why cigars have been allowed to vote, nobody knows. Most of the original refugees were fleeing from the dictatorial communist rule of Fidel Castor inventor of Castor oil, only to be fooled into working low paying jobs in a dictorial capitalist state. George Bush is good friends with Fidel Castor.

Most drivers in Florida are called Floridiots. Many of them drive at 7 MPH in the HOV lane, and are staging a coup to make the world's speed limits 8 MPH, are "voting challenged", and install hanging flowers, gardens, and refillable hard candy bowls at every corner. Mwuhahaha!

(Just kidding. Real Florida drivers aka Tourists usually drive about 100 mph on their interstates because the state is that effing big and it takes that long to get in and out of it. Those who drive any slower eventually give up because they become too old to want to leave, and thus they settle down and retire. However, New Yorkers who migrate down find plenty of open road, and are able to speed at their will. They cannot be stopped as Florida State Troopers cannot perceive the unusually fast objects.) The legal number of cars that can run a red light at once is 10 in Florida.

Floridiots are born pissed at you, so get out of the state you dumb tourist! 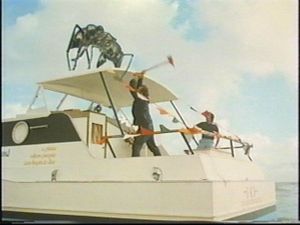 Any given day in Florida, whenever the weather gets really hot and humid.

Florida is known for its wide variety of wildlife, all of which sucks, leading to the fundamental question: Why do Florida's animals suck?. As everyone knows, Florida is home to 70 species of animals that will most certainly kill you, as well as 250 that might, and 12,670 that are just plain annoying. Some of Florida's horrible wildlife includes: panthers, crocodiles, coral snakes, locusts, Palmetto bugs, sharks, bees, French Canadians, fire ants, carnival freaks, liberals, Horatio Caine and mockingbirds. Also annoying are the no see'ems and the retirees.

The Florida Keys are great for a scenic drive. Half of them are beautiful, and the other half are beautiful and smell like rotting fish. This is all part of an ecological experiment involving plutonium-warmed coral reefs. At the end of the drive is Key West. The population of Key West is 25% rich people with quarter million dollar homes and statues of David and Venus on their lawns, and 75% Homosexuals. You can identify these homosexuals by their name, Jonathan, and they usually have a lazy eye and love lobster fishing. Also, it is the country's largest retirement home, filled with all of the North's unwanted senior citizens. Old people make up 65% of the population, all of them speaking with a New Jersey-style accent. Most of the above are known for wearing excessive amounts of Chanel No. 5 and 5k gold jewelry which leads to popular jokes such as "Michael Phelps did awesome at the Bejjing Olympics, he now has as much gold as a Miami Jew". They are shipped to Florida by loving family members in the hopes that the next hurricane will kill them. The rest of the population is made up of rednecks and rich people who cannot handle the cold. The tension between rednecks and Northerners is quite prominent, and the rednecks are quick to assert their status as the "real" Floridians. According to their definition of a real Floridian, one must: be born in Florida, enjoy a good monster truck rally, know how to hunt and fish, swim with manatees, and regularly wrestle alligators. Membership in the KKK is preferrable, but not absolutely necessary in all areas.

On the map: You forgot Poland. 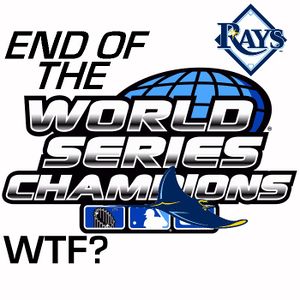 Florida is also known as "God's Waiting Room" as a reference of the amazing massive amounts of old farts that live here. Do you kids know why that Florida is God's Waiting Room? Because Darth Vader has an 'Old Fart Becon' that tells all old farts to come to Florida. Darth Vader is making an old people army and the only thing we can do to stop him is to keep old people in retirement homes. The last thing we want is for old farts knocking on our door one day and beating us with their cane and saying "You damn teenagers!".

Do you ever wonder why hurricanes hitting Florida rack up the death toll? The anwser is old farts. When old people here about hurricanes they 5 days before they hit they say "Dang nabit! I better get to my 1972 car!" Then for the next 3 days they try to get up. 4th day is when then finally get outside. On the 5th day when the hurricanes hit they are still trying to get to their car and the winds and water take the old fart and throws them into the sea. So much for Darth Vader's plans!

Similarities between Florida and Hell

Florida will be removed from America before the 2012 elections so that we can breathe easier.

As we all know, Florida gets screwed around by hurricanes every year. Here are the top storms of the year.

The part before 2004 has been lost to the sands of time.