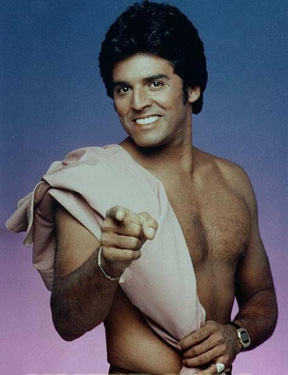 Juan Maria Lopez Julio Jesus Sanchez Radigus Radigus Radigus Radigus Radigus Carlos Radigus Ponce de Leon (Spanish for "John the homosexual Lion") was born on the windswept steppes of Cartagena, Spain in 1502. He was the seventeenth son of Julio and Maria De Leon ( a name which is Spanish for de Leon). As the seventeenth son, it was Spanish tradition that he join the military. This tradition dates back to the early Roman period when no one could afford 17 kids and had to try and kill some of them off. Owing much to his guile, charisma, and ability to duck, De Leon survived the wars Spain fought against the remaining Moors in Andalusia. Indeed, he captured the Moorish island of Gibraltar. When he later led an expedition against a Moorish army that had invaded France, his dispatch to King Lear Jet became famous:

The War in Twos
Goes greatly
For the Morrons

In gratitude for his courageous service, King Ferdinand rewarded him by sending him on a new quest. After the voyage of Christopher Columbus, the Spanish wanted to explore more of their newly stolen land. When asked about the wonders of the new continent, Native Indians replied: "What new continent? We've lived here for centuries!... Oh, new to YOU!"

The Native Indians, eager to be rid of whitey, if only to avoid the slavery, and almost daily smallpox, syphilis and measles epidemics, made up some cock-and-bull story about a Fountain of Useless Knowledge somewhere in Florida.

The Fountain of Useless Knowledge[edit]

Legends the world over had told of a Fountain of Useless Knowledge, which had a limitless supply of trivial facts on a limitless number of topics. Explorers and dreamers had long sought it, because there wasn't much to do in Ancient Times after you mastered the whole "staying alive and finding food" thing. The possessor of the Fountain would be able to win any number of bar bets, and totally kick Ken Jennings's ass on Jeopardy.

It should be noted that many religious historians dispute the existence of the Legend of the Fountain of Useless Knowledge on the grounds that it is extremely stupid.

After a long and arduous ocean voyage, de Leon arrived on the shores of Florida. In Florida, de Leon began his search. At first, the explorer found only a bunch of useless old people. Florida, it seems, was a huge retirement community for Native Indians. In fact, the very name "Florida" comes from the Spanish for "useless old people and alligators". In the swamps of Florida de Leon discovered the huge brackish lake which he named Lake Ocrapanalligator. De Leon was undeterred (and under turd), continuing the search, he discovered a giant talking mouse, for which he named the Boca Raton area (it really does mean "mouth of the rat"). He convinced the mouse that kids love talking rodents, and if the two were to build an amusement park , they could rake in the moolah.

In Florida he also discovered a tribe of Indians who semi-successfully launched rockets into space. But none of these discoveries were what the king sent him after, he still had not found the Fountain of Useless Knowledge!

De Leon travelled thousands of miles in the wilderness. Eventually deciding to head north, along the coast. After many months of travel, he came upon a small Indian village called Megatron. In Megatron he found a holy place where everybody seemed to know his name, and seemed to be glad he came. He wanted to be where he could see, troubles were all the same. Indeed he was where everybody knew his name. In this place there was a man called "Cliff", who appeared to be some type of messenger. When de Leon asked a fat man named "Norm" about the Font of Useless Knowledge, he replied "Why are you bothering me while I'm drinking, Talk to Cliffie here!" At last, he had found the Fountain!

After his remarkable discovery, de Leon returned to Spain to receive his reward. In gratitude for his achievement, King Lear Jet gave Ponce de Leon 10,000 Pieces of Eight (roughly equatable to 80,000 Pieces of One), and his choice of jobs in the empire. Ponce shocked many with his decision. He decided to move to Los Angeles, California to be a motorcycle cop. This decision was surprising chiefly because it was 150 years before Los Angeles was founded, 200 years before the first police department, and 250 years before the invention of the motorcycle.