For those who are easily amused, Uncyclopedia has a totally unrelated article about:
A Visit with your Psychopathic Grandmother

If we could see everybody, it would probably look like this.
“This includes me, even you at the back.”

“Its more than one person.”

~ Captain Understatement on Everybody

~ Hugh Hefner on above quote

“Cheer up, the worst is yet to come.”

~ Divine Intervention on What is it Everybody Knows But I Don't

~ Homestar Runner on Everybody

“Everybody is going to die eventually.”

~ Captain Obvious on Everybody 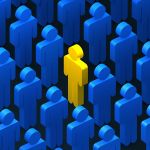 Are you YOU or are you Everybody?

Everybody thinks they have the right idea, but most don't realize they are living in a post-modern world where nothing new can happen. It's the age old question: What does everybody know that I don't? In this short introduction, we shall explore the many meanings of 'Everybody' and provide if we can examples of use and misuse of the word. First, a short history.

Historically, the first known use of the word 'Everybody' was when there was at least 5 humans walking the earth. Many people say it was after Adams kids had incest with their mother. This means that by everbody, it means only if you have molested your Mum/Kids. Everybody became most people when political correctness came into power, then nobody when Facism and Communism became relevant. This can be found in page 667 of the bible, as 666 was filled with how to worship the Devil. But everyone on the internet is an atheist, a stoner, a follower of Raptor Jesus, or an annoying overly Christian child under the age of fifteen while they are on the internet regardless of how they are when they are off. This lead to the era of “Not giving a fuck” witch did not disprove this theory, but made it uninteresting and utterly useless to modern day people.

He is the arch nemesis of Nobody.

Arguably one of the most famous conundrums to ever hit the world of Everybody: the disappearance of the entire population of Neverland (the World, for you slow ones). Many scientists have dated this phenomenon back to the era of the Cavemen, for studies have shown that the rate of ditching fellow cavemen had increased ten-fold in that era. There would, however, always be one "confused individual" left behind to wonder: "Where is Everybody?".

'Everybody' isn't the easiest word to pronounce so we have included a sample of the word being used in context to help you listen and repeat. Early tests have shown 9 out of 10 members of the population managed to pronounce 'Everybody' dead, possibly during a CIA investigation (episode 45.8:154).

Everybody could be: a The entire material or physical structure of an organism, especially of a human or animal; b The physical part of a person; c A human; a person; d A group of individuals regarded as an entity (see Alien); a corporation (see Government); e A mass of matter that is distinct from other masses: a body of water; a celestial body; the body of evidence; a sauce with body; a saucy body. However, it is scientifically impossible for Everybody to be the same thing. 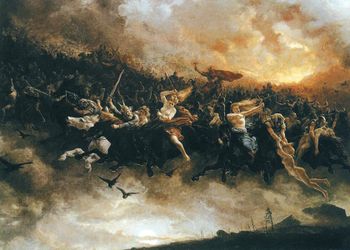 The Great Battle of Everybody, as in the Legend.

As the legend goes, in the beginning there was nothing at all, and then God made everything and Everybody. God required the assistance of Somebody within Everybody, to help with the ongoing maintenance of everything. So a rib was cast out of Everybody to create the Trinity; Anybody; Somebody; Nobody.

Many centuries later, it transpired Anybody could have assisted in God's great work, but Nobody bothered. It was said Everybody was distressed at this and so the battle of Somebody and Nobody ensued. Little did Nobody know Everybody did it, because Nobody believed he was Everybody. Before Somebody and Anybody became Everybody, they were doomed by the fact, although Everybody blamed Somebody because Nobody did the job, Nobody really asked Anybody to do it. And now Everybody, plagued by Anybody with Somebody, had no choice but to carry this burden into all eternity, as God's wrath was smitted upon all nations. Everybody lost, and Nobody won.

In 1966, Everybody was seen along with gang members Trinity (Anybody, Somebody and the notorious Nobody) who got together and made a recording of a seriously serious chant, which then converted using the rodin coil was implanted into the brain of Everybody, in order for Everybody to have no control over what they did. Instead, they are in a perpetual cycle of repeating the same three actions (we have decoded the Brain Washing chant below)

Monday the washin’ Everybody happy?"

'Happiness' is often coupled with 'Everybody', believed to be some form of mind altering state where individuals take on a personality which seems to radiate joy from carrying out tasks which can only be described as slavery. Help IS available, Please click here and leave a message.

The Great book of Everybody Poops, an illustrated reference guide to further information about Everybody.

Love or Hate, Everybody does it.

A lot of information is available to Everybody, about Everybody, but more often than not most return to quite possibly the best reference available on the internet today, Everybody Poops (see right). The scientists and researchers of this article poured extensively over this Great Work, and we have conclusively concluded there are many conspiracies in the world as we know it (2.8 million about Everybody alone) so when one can find evidence to help untangle the tangles, one should poop, as so many, (and in fact Everybody), does. There is no shame in it what-so-ever.

Contrary to this, Malcome the dog next door, (famous for collecting cans of beans and other things) thinks Everybody should Love Everybody - and yet there are underground movements reported to be going on about how Everybody Hates Everybody else, and it's the only way forward for equal rights amongst individuals who refuse to pay taxes. The message of love and understanding is often lost. If only Everybody had a friend who was all ears.

The Word of God For Everybody[edit] 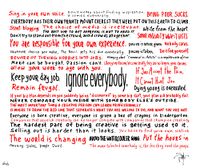 If Everybody followed these three simple rules, we'd be fine.

In 1999 AD, Someone really important (many think the Divine Intervention himself) found a Mac and created this little graphic, using a variety of fonts all which were used no doubt to give the document a 'naturally hand-written' creation. Although, to standards Everybody is accustomed to nowadays, this article seems almost primitive, in principle, the message is the same. In 2000, the year Everybody thought would be the end of everything, a new release was released and it is believed this is the one still in circulation to today, (the one illustrated here isn't the one) but really, Everybody = all things and nothing, one should just maybe read about it then on the whole, ignore Everybody.