From Uncyclopedia, the content-free encyclopedia
(Redirected from Homestar Runner)
Jump to navigation Jump to search
“The love I have for Dunkin Donuts, is only equal to the glaze on it”

For those without comedic tastes, the so-called experts at Wikipedia have an article about Homestar Runner.

The Homestar exists 35 trillion light years from Earth. First discovered by a scientist named Vaati using the Hubble space telescope (even though the discovery is credited to Aragorn Sonofarathorn), the Homestar can be seen as extremely white and hyperreactive. It has an estimated temperature of 6,000 - 7,500 Kelvin, close to that of witch's brüe. The Homestar is known to emit sounds that scientist Ronald McDonald discovered sounded somewhat like the word "seriously" and sometimes "marshmallows". The Homestar undergoes a dual fission/fusion reaction, as evident in:

Particles emitted exhibit an odd tracing pattern around the circumference of the star, referred to as Runners. Homestar Runners are created at a near constant rate, are believed to self-replicate, and are propelled outward in an arc pattern through an as yet unknown mechanism.

Astronomers believe that the Homestar was initially a binary star, carrying an inferior double (known as Homsar) that became lost or destroyed. This theory has little credence in the scientific community, but it has shown evidence of existing from time to time, though seemingly at random.

In the same vicinity, there are three objects that tend to gravitate towards each other, often labeled Strongn for their gravitational effect on surrounding dust particles. These three objects, StrongMad, StrongBad (which has a duplicate on the other side of the system called Stinkoman placed under a category called 20X6, although it is theorized 20X6 is an entirely different star system similar to the Homestar or the Homsar in some theories), and StrongSad, tend to occupy researchers the longest, as they are readily viewed from the Hubble telescope. An orbital moon has also been viewed, labeled The Cheat for its ability to change orbit at will.

There are other bodies in the Homestar system, though they are of questionable significance. One of them, once known as the "King of Town" star for its apparent significance on the rest of the system, has since been proven all but negligible and nobody pays attention to it any more.

It is widely speculated that the Homestar is really the Empire's ultimate secret weapon in the War on Terra, being capable of destroying an Earth Sized Object by use of a giant LASER, codenamed "Mountain Dew". This LASER was first tested on the planet Com'pii in the Base-Mint System. After the successful test firing, this LASER was renamed the "Neverending S.O.D.A." (Spatial Object Destroying Artillery), due to its neverending power-supply, driven by its cutting-edge engine known as M.A.R.S.H.M.E.L.L.O.W.S. (Magnetic Acceleration Reversal Sonic Hyper-Mellodius Engine with Lite-Lux Optional Window Scrubber).

Any moderately intelligent individual should be able to gain new insights on the matter by pursuing this graph: 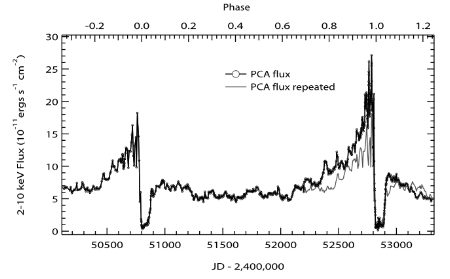 The Homestar system has recently been subject to theory in the Scientology community, mainly featured in the works of L Ron Hubbard. According to Hubbard, thirty eight trillion trillion trillion trillion years have passed since the Homestar first came to exist, and its continued influence of deadly memes are spread in the form of Theta Thetans, said to be "the worst kind of Thetan."

Scientologists are currently discussing the effects of these Thetans on the human physiology, though they have yet to prove they exist.