From Uncyclopedia, the content-free encyclopedia
Jump to navigation Jump to search
“Particle Physics is like sex. I do it best when I am alone in my room” 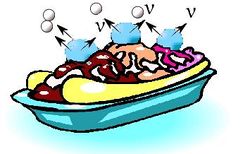 Positrons like ready meals and can be observed emitting gamma rays and leptons as they get tucked in. 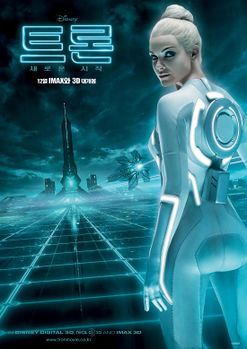 She has a positronly great ass.

For those without comedic tastes, the self-proclaimed experts at Wikipedia have an article about Positron.

If you are going to share a particle accelerator, then the best buddy to have around is a Positron. They are really cute and good to animals and children if allowed to interact. They also compare favourably to their twin element, the dismal Electron with the latter's negative energy and general gloomy, all round disposition.

Positrons come in various sizes and ages (a fact detected in the Hadron Colander, a sister project to the better known Hadron Collider). They also all look like Jeff Bridges, even the female ones but that means they are good party mixers. The only big no-no is never to invite them and electrons to the same party. Watching your friends disappear down a black hole that has just formed on your patio isn't a pretty sight but might look good on Youtube.

First discovered in 1932, sitting under a table and emptying the contents of a bottle of Austrian anti-freeze, positrons were first called the Anti-Electron as they were full of funny stories and jokes about electrons being dirty, annoying little buzzy ticks. However after a time positrons campaigned to have their name changed to reflect their truly positive, All American apple pie optimism and got their wish in 1936. They celebrated with a boat party on the River Seine, popping off their Go For It! philosophical approach by consuming most of Paris's champagne stock that year.

But there was a minor catch, a loose leptor in the marmalade if you like. Positrons were told NEVER to mix with any electons, however much they felt sorry for them. So what had been before a social convention now became one of the Fundamental Laws of Physics, as passed down by the Geneva based League of Nations. Positrons grumbled and whined a bit, pasted protest messages on buses but eventually agreed to follow the rules - for now.

Sub Atomic Square Pegs in a Material Round World[edit]

Once their earlier notoriety faded, positrons achieved a lot of success in the anarchic, bodily hygiene-deficient world of physics. Albert Einstein said positrons were good fun to be with, their positive anti-materialism meant they would happily buy everyone a drink in a pub but then disappear in an pyrotechnic explosion if they tripped over a gloomy electron, polishing its sub atomic arse on a bar stool.

To avoid anymore of these social embarrassments and to make sure positrons earned their keep, the Swiss invited them all to live under a mountain. They called it the Hadron Holiday home and soon many positrons were packing their bags and flying into Zurich to visit this 'magical place'. Going by the brochures, the facilities at Hadron seemed to offer plenty of excitement to them. They would be able to whizz around a tunnel at the speed of light, the metaphorical hair blowing through their positronic follicles. Postcards were sent and pictures of happy Positrons jumping on each other were widely circulated. But none ever came back - or if they did, changed their names and lived out their lives under the NASA Basic Physical Element Protection Scheme. Curiously, the same phenomena was happening with the electron community who had also got the same invitation to visit the Hadron resort but as neither side talked to each other, this wasn't picked up.

Not all positrons had been seduced by the bright lights of Zurich or the particle swopping bars of Geneva. Emission decay was not for all and so quite a few of them preferred to stay where they were. These canny positrons saw a future in Sci-Fi movies and pulp fiction.

Use in Popular Culture[edit] 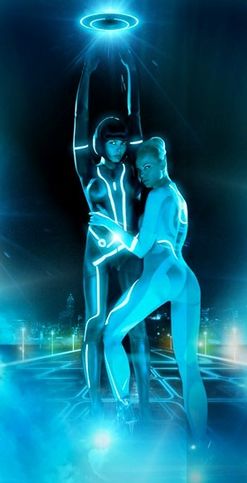 I don't know what nerd fanboy came up with this but god bless him.

In December of 2010 positrons came back on the scene in a big way. Some complained that positrons were overshadowed in film by computer generated girls like the one pictured to the right. Just look at the positrons on her. Moving up and down her lower back. Irradiating her lower proboscis. Any man with a weak interaction with her positrons needs to be checked by a doctor.

One movie-goer in Japan observed - “There were so many positrons flying around it was like a second Hiroshima, only this time in my pants.”

The term would be utilised regularly throughout the Star Trek expanded universe, frequently linked to some tenuous pseudo-scientific plot device aimed at saving the Enterprise and gallant crew from any number of poorly thoughtout alien situation. The term "positronic" is the forth most used word within the franchise, behind "Transporter Malfunction", "Tacyons" and "Klingon Penis Barbs".

The prolific author Isaac Asimov made frequent use of the term within many of his novels, notably "Robots", "Mo' Better Robots" and "I, Robot II". With such a long and distinguished back catalogue of work it is no surprise that the author made numerous incorrect uses of the term he helped to make popular.

Due to an unfortunate printing error the 1998 romantic comedy "Shakespeare in Love" featured the following line issued by the titular character:

"My story starts at sea....a perilous voyage to an unknown land....a shipwreck....the wild waters roar and heave....the brave vessel is dashed all to pieces....and all the helpless souls within her drowned....all save one....a lady....whose soul is more positronic than the ocean...."

The phrase in turn would influence the name of the 2001 album "Positronic Ocean Soul" by funkmaster George Clinton.