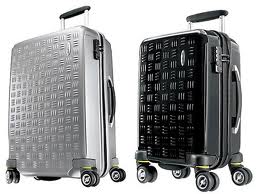 Gravitons must be transported in special, lockable containers such as these.

“The study of gravity has its ups and downs”

A graviton is a custard-shaped particle with access to cheap perfume and a questionable taste in whippets. When gravitons find themselves stuck in an elevator, they create mass, candles, and confessions to eventually coalesce into gravity.

Gravitons are emitted by any body that wants to attract interest. If they get the come-on from other gravitons, two bodies will start to orbit each other in the hope the other will make the first move or crash into each other like drunks at a New Year's party. The more mass a body has, the more gravitons it emits. This increases the body's gravitic quotient, or G.Q., to the extent that ultimately it can rip itself into two.

The honour of discovering gravitons is blamed on Sir Isaac Asimov. Whilst cross checking some of his homework under the shade of a pear tree, Asimov was hit on the head by a rogue apple. This created a ripple effect inside his brain which Asimov (as a card-carrying genius) instantly grasped that the human cranium was emitting gravitons from the impact. The accounted for for the downward direction of an apple in a pear tree, and the outward direction in which the resulting headache spread. It also had a third effect: a craving for asprin.

Gravitons also have associated anti-particles, these anti-gravitons are now known simply as morons. Besides that, gravitons like to hang around rotor turbines on physics ranches but have to put under strict supervision in case they encourage an outbreak of weightlessness. Gwyneth Paltrow and Kate Moss didn't listen but Seth Rogen did.

Gravitons appear exactly like turquoise photons, which are unusually good at scaring alien races into surrender.

Gravitons that hang around long enough are said to have acquired Gravitas, an ability to sound intelligent without actuall doing anything. In 2000, Al Gore, a leading graviton with a ton of gravitas, tried to convince the American people to vote for him. They did, but not in the right places (such as his home state), which allowed George W.Bush--who had no backing from physics or any other science--to become President.

What followed for the graviton community was serious. Many fell behind paying the rent or sold their organs to the Discovery Channel. Some just all sense of being attractive to anyone, let alone other gravitons.

However, when any episode of Star Trek is stalled and in need of a plot device--especially if there are no Vulcans anywhere who can be gotten to violate physics with a power that no one ever knew they had--the answer is often the graviton (pictured).

Mad scientist Franklin Hall, a heavy from Marvel Comics, chose the name of the sub-atomic particle for his secret identity, as he felt that most of his adversaries were already morons. Adversaries found his ability to mentally manipulate gravity was unstoppable. Fortunately, though this Graviton was the weightiest super-villain in any combat, he was far from the brightest, and was easily defeated through trickery, bluffs, and deception.

Mainstream science parrots (don't rattle the cage please?) repeats the foul rhetoric of gravity, basking in the unholy glow of the eternal heavy force. Gravitons have wormed their way through the thin membrane of time and have thus always been among us in our multitudes.

Gravitons tried to kill the Wright Brothers at Kitty Hawk, and were only thwarted by an act of the Flying Spaghetti Monster, to whom we are all indebted. They are among us even now, enforcing the tyranny of Down on the masses.

Because the graviton is supported by scientific theory, state-sponsored institutions give short shrift to the alternative view, which explains what we observe as Intelligent Falling and dismisses the possibility of gravitons.