From Uncyclopedia, the content-free encyclopedia
(Redirected from Captain Understatement)
Jump to navigation Jump to search 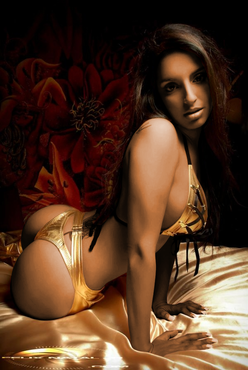 An attractive non-white girl that has little to do with this article. Though she might in fact be an overstatement.

For those without comedic tastes, the so-called experts at Wikipedia have an article about Understatement.

An understatement is a form of speech slightly different from a hyperbole. It's sometimes used to make some aspect of the truth appear slightly less notable. Sometimes people try to make other people laugh through the use of an understatement, but it doesn't always work out that way.

Event: After Lucy has ripped off a couple of Nana's body parts, Nana says "It hurts." After a while, however, she changes her mind and tells Lucy "It doesn't hurt at all!"

Event: Spotting Lucy, the scientist in charge tells the security forces "Shoot to kill! If any of you hesitates, we're all going to end up dead."

Event: The well-known Victorian critique of Lucy's behavior: "So unlike the home life of our own dear Queen!"

Event: During the Kuala Lumpur to Perth leg of British Airways Flight 9 on 24 June 1982, Diclonius arms cause all four engines of the Boeing 747 aircraft to fail. Captain Eric Moody announced to the passengers "Ladies and Gentlemen, this is your Captain speaking. We have a small problem. All four engines have stopped." but assured his passengers "There's nothing to worry about."

Event: After King Arthur has severed the Black Knight's left arm, the Knight reacts by saying "'Tis but a scratch". When Arthur cuts off the Knight's other arm, he insists "It's just a flesh wound!". Eventually Arthur chops off the Knight's two remaining limbs, who then offers to "call it a draw".

Event: The Grim Reaper crashes the party and all the guests must come with him. "Well," says one party guest, "that's cast rather a gloom over the evening, hasn't it?"

Event: An airplane is flying in a sky full of clouds. Suddenly, the Captain announces to the passengers "Hello, this is your Captain speaking. There is absolutely no cause for alarm." and a minute later "The wings are not on fire." Following several cryptic commands from the Captain and the First Officer, the passengers jump out of the plane. After watching the passengers nearing the Earth's surface, the Captain notes "You know, I wouldn't be surprised if there wasn't some trouble about this."

This article is moderately confusing.