Joe "Biatch" Biden is a demented politician currently unaware that he is serving as the 46th President of the United States (his precursor, Donald Trump, on the other hand, was very aware that he was serving, but did not know exactly what it meant to serve as a president, leading to a nice peaceful protest), making him the most powerful man in the world. Before that, he served as Vice President under Barack Obama, wherein he did stuff and accomplished things, such as getting arrested 3 times in 1 week. His wife and children, prior to the 2008 Presidential Election, had frequently mistaken Biden for various pieces of household furniture and would often bring him to the local antique shop and have him appraised. This would later prove particularly embarrassing during an unfortunate appearance on the PBS program Antiques Roadshow.

Biden's life was not notable in any way; why am I writing this?
Never mind ... 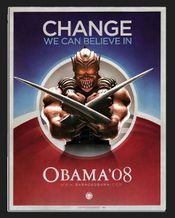 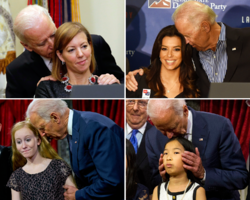 Biden is a hands-on leader, and 90 percent of girls under 30 and 40 percent of men under 30 have reported being touched by him.[2] 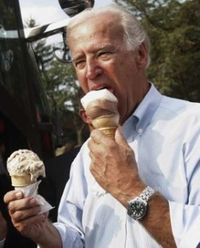 Biden's first memoir reached the top of the NYT Best-Sellers list. His latest memoir, entitled "Joe Biden: I'm infinitely more intelligent than that more well-known (and more mentally handicapped) Sarah Palin who once had a dream about gay furry vore, and when she woke up, SHE COULD SEE RUSSIA RIGHT OUT OF HER FUCKING WINDOW! WHAT THE FUCKING FUCK! I'm resigning!", however, was the worst-selling book of any kind ever produced in history. Ever. It even beat out such terrible literature as "Hitler: He's the kind of guy you'd like to have a beer with…then kill nine million people" and "Images of Nude Men on Cave Walls: No, those aren't spears!" After the failure of his memoir (which took eight years to complete) and the thirteen made-directly-for-TV movies it spawned, Biden has since retired from the world of literature and has been, according to extremely unreliable and nerdy sources, active in the World of Warcraft and porn communities. He is also known to sacrifice several small chickens to the transgender Arab god Baal with Asian prostitutes on a regular basis.