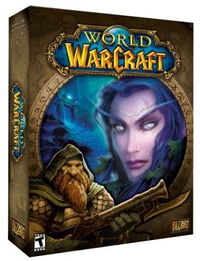 World of Warcraft (often abbreviated as WoW or WhoA)[1] is a massively multiplayer online role-playing game (MMORPG) by Blizzard Entertainment.[2] It is the fourth released game set in the Warcraft fantasy universe, which was first introduced by Warcraft: Orcs & Humans: Why Can't We Be Friends? in 1994. World of Warcraft takes place within the Warcraft world of Azeroth, two years after the events at the conclusion of Blizzard's previous Warcraft release, Warcraft III: Join the Army.[3]

The main objective of World of Warcraft is to click on animals. The challenge of the game lies chiefly in the sheer volume of animals needing to be be clicked. It is estimated that players need to click on one cubic mile of animals in order to complete the game. Players seeking to take a break from monotonous animal-clicking can partake in one of the countless many sidequests such as clicking 10,000 fish one at a time, crafting 10,000 necklaces one at a time, clicking on enemy players of lower level,[4] or selling plastic daggers to n00bs for 50 gold.

For those without comedic tastes, the so-called experts at Wikipedia have an article about World of Warcraft.

As with other MMORPGs, players control a character avatar within a game world in third person view, exploring the landscape, fighting various monsters, performing tedious collection quests, interacting with Non-Player Characters, completing tedious deliveries for lazy Non-Player Characters, clicking on animals, and carrying out tedious escort quests by helping excruciatingly slow Non-Player Characters travel vast distances through obvious ambushes. World of Warcraft requires players to pay for a subscription, such that one year of gameplay will cost the player around two hundred dollars.[5]

The main story behind the game focuses on two warring factions: the Alliance, made up of humanoid races, and the Horde, made up of the less attractive humanoid races, such as trolls and giant cow-people. The conflict between these two camps drives many of the events in the plot of the entire Warcraft series. In this particular installment, the Alliance and Horde must form an unlikely truce to drive off an invading zombie infestation. Blizzard has received many complaints[6] about the overall story of World of Warcraft, both for its similarities to several George Romero films and its use of the "enemies teaming up to vanquish a common foe" plotline, which gamers have found to be "just too original--please, give us more clichés!" 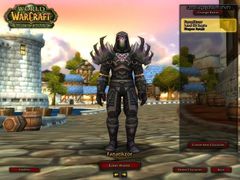 To enter the game, players must select a 'realm', or server. Each realm acts as an individual copy of the game world, and falls into one of two categories: Standard and Role-Playing. The Role-Playing realms cater to those players who consider simply playing World of Warcraft to be too cool, and need a way to further enhance their nerdiness.[7] In such realms, players must remain in character or risk being branded an outcast of dorks, a fate worse than rejection by a girl. Dialogue between players is vastly different in the two realms: for example, whereas in a Standard realm a player might say "Looking to sell Murder Knife of Clickiness, 40 Gold", the same statement in a Role-Playing realm might look more like this: "Attention, fellow mortals. I, the humble wizard Radagast, seek a buyer for the Murder Knife of Clickiness, a most excellent blade truly worthy of being wielded by a heroic knight or stealthy rogue. I humbly ask for a mere forty golden pieces in exchange for this most high-quality of items. I thank you for your attention, humble folk of Stormwind, and bid you good morrow!"

Perhaps the most important decision the player faces when creating their character, other than breast size and breast shape, is the character's class. This attribute determines what sort of animal-clicking abilities and stats the character will start with.[8] From the mighty warrior to the powerful druid to the feeble hunter, there are literally several hundred classes to choose from. Some classes, such as the priest, are more useful for so-called 'grouping', where multiple players gather to support each other in the quest to rapidly click on animals. Up to sixty players can join the same group and adventure together, resulting in furious animal-clicking episodes.

Much of World of Warcraft play involves "questing". This typically involves forming walking over to NPCs[9] wearing exclamation marks on their heads and clicking them until they are annoyed and offer you money in exchange for leaving them alone. Questing can also mean carrying out tasks for various in-game entities. These tasks are, again, mainly animal-clicking related, but can also involve many other types of chore, such as excruciatingly long road-clicking tasks in order to deliver inconsequential items[10] for a disproportionately small reward. So-called quest chains are punishment for focusing too much of one's time on questing; these chains must be worn around the character's hands or feet and greatly reduce stats, primarily speed and libido. 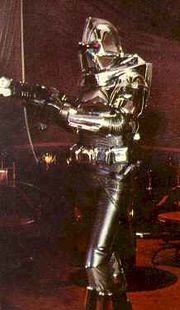 When a character dies in WoW, the penalty is significantly lower than in similar MMORPGs. The only adverse effects are time lost while running back to the player's mangled corpse, a high probability of resurrecting next to the very animal that mangled the player in the first place,[11], a large deduction in the quality of the player's gear requiring large sums of gold to be spent on repairs, several minutes of "resurrection sickness"[12] causing the player's statistics to suffer a temporary reduction, and, of course, the social stigma that is associated with performing so poorly at video games.[13]

"Instances" are specific areas containing high-level enemies which must be clicked by groups rather than individuals. These areas often offer superior weapons and armor, and also offer unique clickable bosses and a linear progression, unlike every other aspect of World of Warcraft. An example of a typical instance would be the Dire Mall area of northern Feralas, featuring such challenges as the Dual Escalator Ambush, the Food Court Gauntlet, and the final battle against the level 120 boss Karen atop the Multi-Level Parking Structure. Instances are the main focus of the so-called "end game", meaning they are the main activity undertaken by players who have clicked a sufficient amount of animals and have advanced to the highest rank, eliminating the need for further animal-clicking. These end game raids require dozens of players to click animals together in perfect harmony, and often players will undertake instances many times consecutively in order to seek out a single rare piece of equipment that will help them click better in the next instance, which has even better equipment.

In 2008, a list of achievements was added in a direct response to similar features on console gaming systems. There are nearly one thousand possible achievements players must accomplish in WoW, ranging from the mundane (clicking bags, clicking cows, clicking every type of opposing player possible) to the intricately impossible (slaying zombie laser dragons while keeping one's fifteen pet turkeys alive and using a signature battle cry). These achievements have also highlighted the holidays that Blizzard has introduced into the game. These holidays mirror real-life occasions, such as Brewfest (Oktoberfest). Blizzard has come under fire from conservative groups for naming their December holiday "Winter Veil" instead of some direct reference to the birth of Christ.

Many ethics issues have been raised concerning various aspects of World of Warcraft. One particular event was the Corrupted Blood Plague Incident in 2005, when an in-game disease wiped out many lower-level characters. Without these players, the higher-level characters resorted to clicking on each other, which disrupted the entire game dynamic and forced Blizzard to perform a hard reset of its servers.[14] Another issue is the sale of virtual goods in the real world. Many illegitimate markets have appeared which are associated with World of Warcraft, and virtual money or even whole characters can be purchased in the darker, more sinister corners of the internet. While not strictly illegal, players of low moral fiber who buy such amenities often find that months later, their accounts have been hacked, their gold and goods stolen, and their precious pets have been set loose to fend for themselves in the wild.[15] 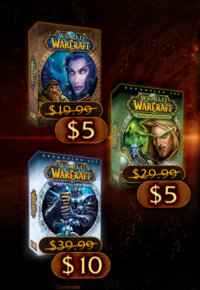 Buy now, before a new one comes out rendering these obsolete!

Since its release in 2004, two expansions have been released for World of Warcraft. Both of these include several new features, such as playable races, maps, or ways to change a character's hairstyle.[16] In 2006, The Burning Crusade was released, introducing two new races to the game: Draenei and Blood Elves. The Draenei are an ancient spacefaring race that resemble blue minotaurs, with a focus on nobility and chivalry. The Blood Elves are Night Elves with a palette change. This expansion also unveiled the Eye of the Storm battleground, where players can click on each other dozens of times for increasingly small rewards, which may later be turned in for equipment that in turn helps the player click on more enemy players resulting in more small rewards.

In 2008, Blizzard released Wrath of the Lich King, the second in the series of expansions that give the player the illusion that he is purchasing a brand new game. In this installment, the class of Death Knight is introduced. Death Knights were once mindless servants of the uncomprehensibly evil Lich King Arthas Menethil, but they are now free to frolic in the woods and perform other WoW tasks such as clicking on animals and players. The other feature new to this release was the playable continent of Northrend, featuring over a dozen new types of animals that are fully clickable.

The third expansion for World of Warcraft, ominously named Cataclysm, was released in 2010. Two new character races became playable: the feisty Goblin (+3 Engineering, +5 Armpit Odor) and the brooding Worgen (+2 Emo, +1 Shagginess, -4 Fresh Breath). While no new continents were introduced, several previously inaccessible locations on existing maps became reachable due to a glitch that allowed players to 'fly'. Several other aspects of the game were improved, including redesigns of older content, a new arena system, and a player grouping program that greatly increased the ease of trolling 24 other people at once by pulling the boss before anybody is ready.

Mists of Pandaria was the fourth expansion, released in 2012. After lengthy legal battles with many Asian nations, the intentionally offensive Pandaren race was allowed to be included. Pandaren abilities include Generic Oriental Marshal Arts Punch, Dragon Tiger Lotus, and Mi-So-Horny (a genital-based melee attack). Pandaren characters suffer from a -19 Driving Ability disadvantage, greatly increasing the traffic on many of WoW's servers. The new continent, Pandaria, is an exact digital replica of downtown Beijing.

The fifth[17] expansion, titled Warlords of Draenor, will be released later this year.[18] The most notable features are an increased polygon count (rendering breasts 40% more lifelike) and an increase in the level cap from 90 to 100, making click battles much more exciting.

The best known spin-off of WoW is cookie clicker, created by a vegetarian WoW fan who didn't want to harm any animals while feeling the excitement (and carpal tunnel syndrome) of clicking objects repetitively. A fully vegan version, Tofu clicker, is in development and set to release when the last dairy products are removed from the source code.

Featured Article  (read another featured article)
Featured version: 19 July 2009
This article has been featured on the front page. — You can nominate your favourite articles at Uncyclopedia:VFH.